Volunteers drove to area and spent five days trying to locate her. They finally spotted her right near a train. The loud noise from the trains passing by scared her, so she ran and hid under a dumpster. 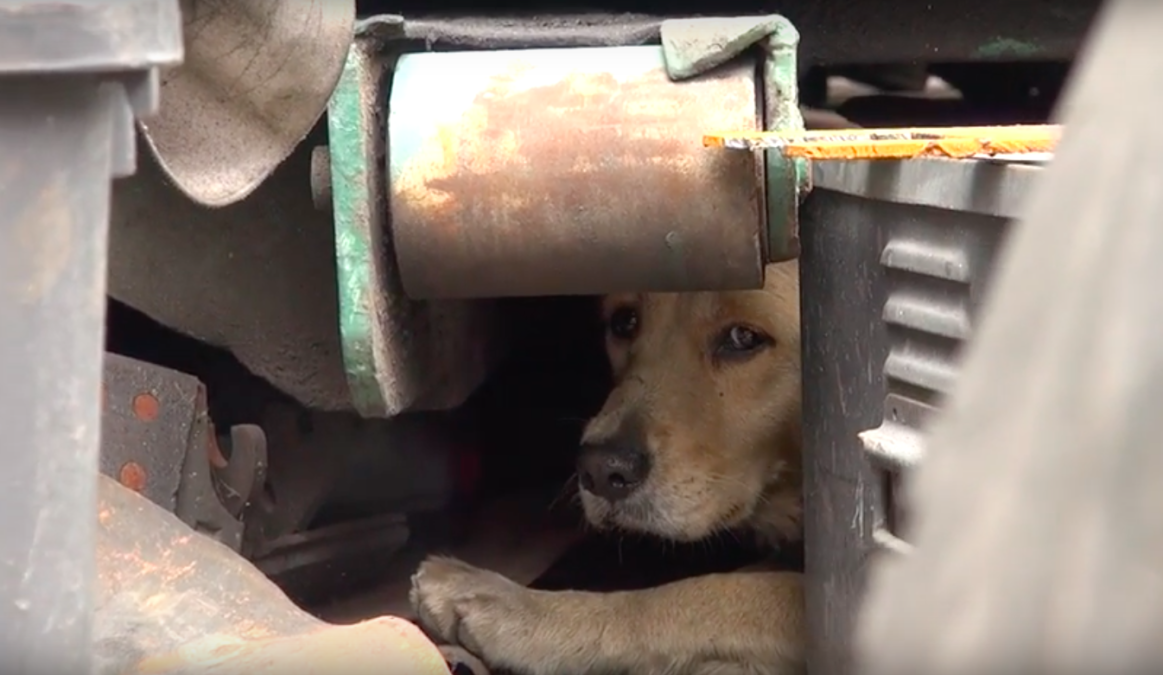 One volunteer reached underneath the dumpster with a long snare to try and get it around the dog’s head, while another volunteer used a pole from the other side to guide the dog’s head so she wouldn’t run away. They eventually got the snare around her, and she started whining and fighting back.

Then, the Golden laid on her back and covered her face with her two front paws. She was visibly frightened and didn’t realize that these people were there to help her. The rescuers knew this would be difficult, but they weren’t willing to give up until they got the dog out from under there. 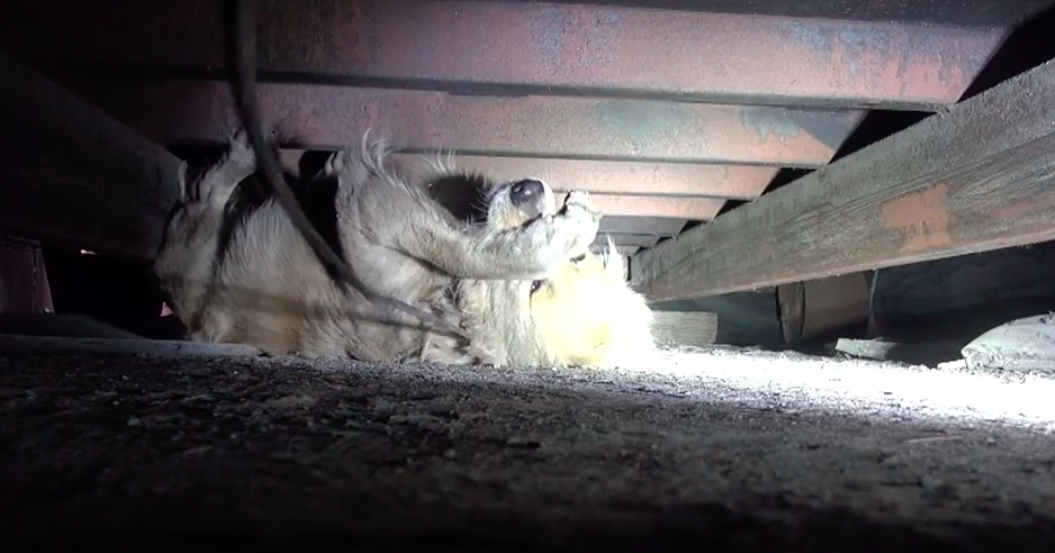 One of the rescuers reached underneath and began to gently pet her on her face to try and gain her trust and to let her know that she wasn’t in danger. He then carefully dragged her halfway out and then she eventually ran the rest of the way out on her own. 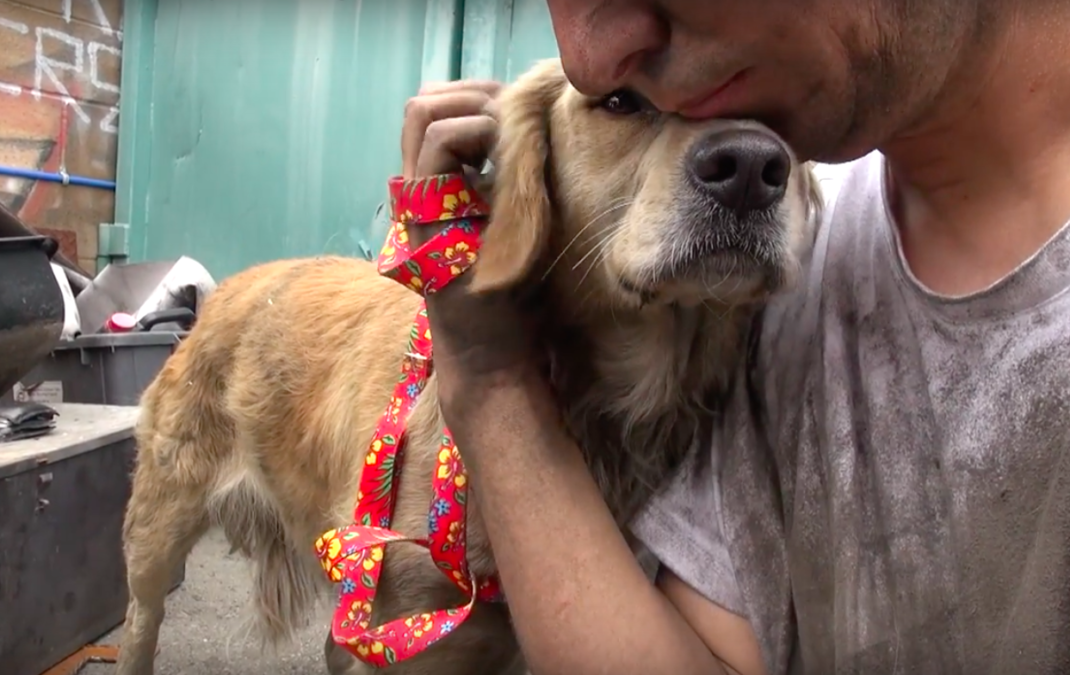 The dog, who they named Clarabelle, was much more calm now and let rescuers pet her and even hug her. She had been living on the streets in fear for far too long, but now she was finally safe and in good hands! 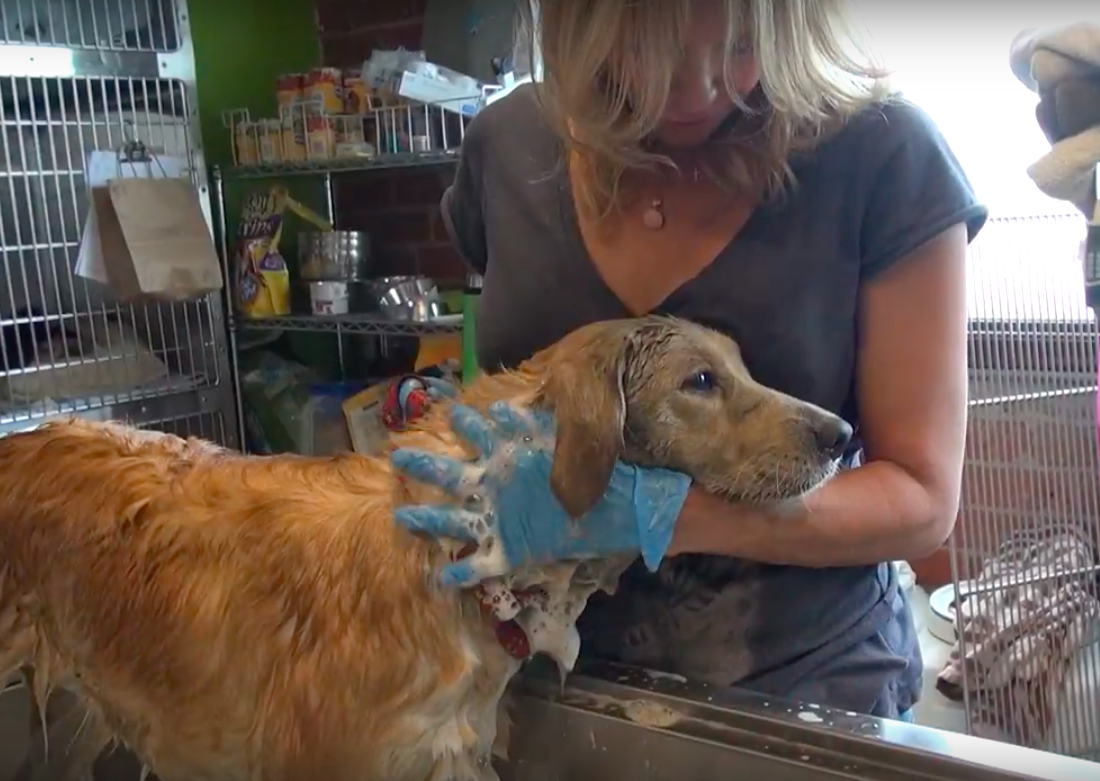 They lifted her up and put her in their car to take her back to their shelter. They gave her a much-needed bath and took great care of her. Clarabelle was so happy to finally receive love, play with toys, and get to sleep in a real warm bed. 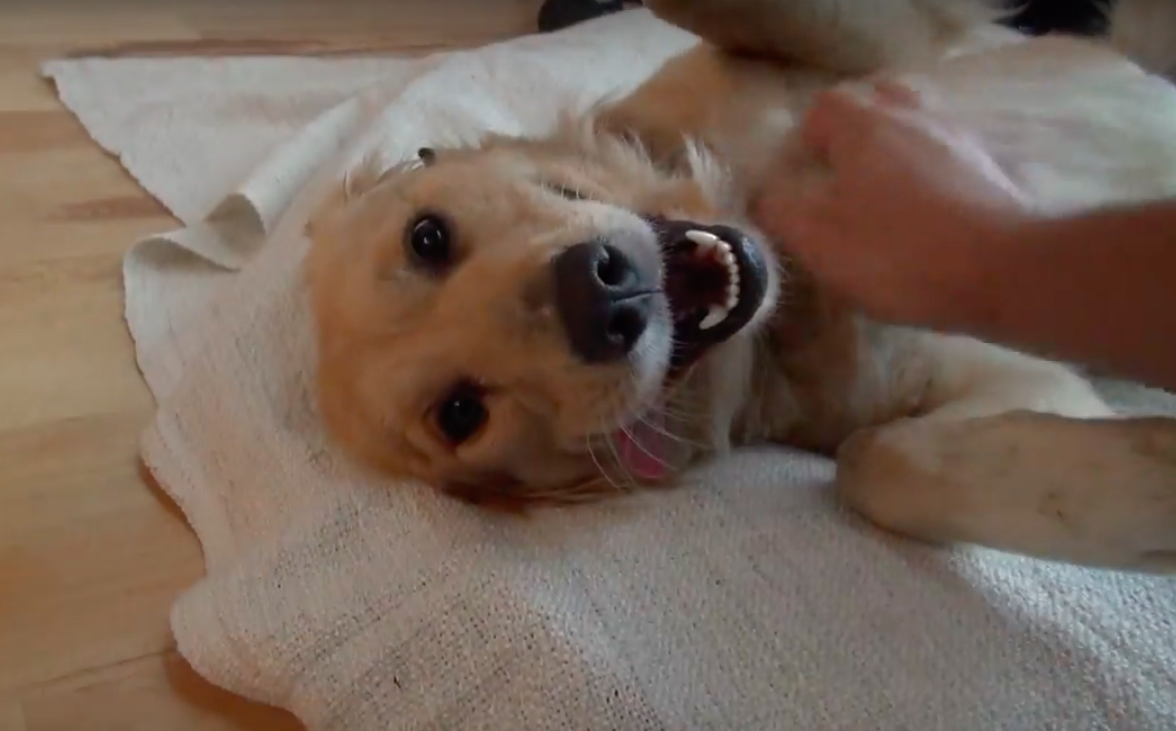 And the best news of all? Since her rescue, Clarabelle has found a loving forever home! She no longer has to live in fear or fend for herself on the streets. She will now get to be a dog and a part of someone’s family! 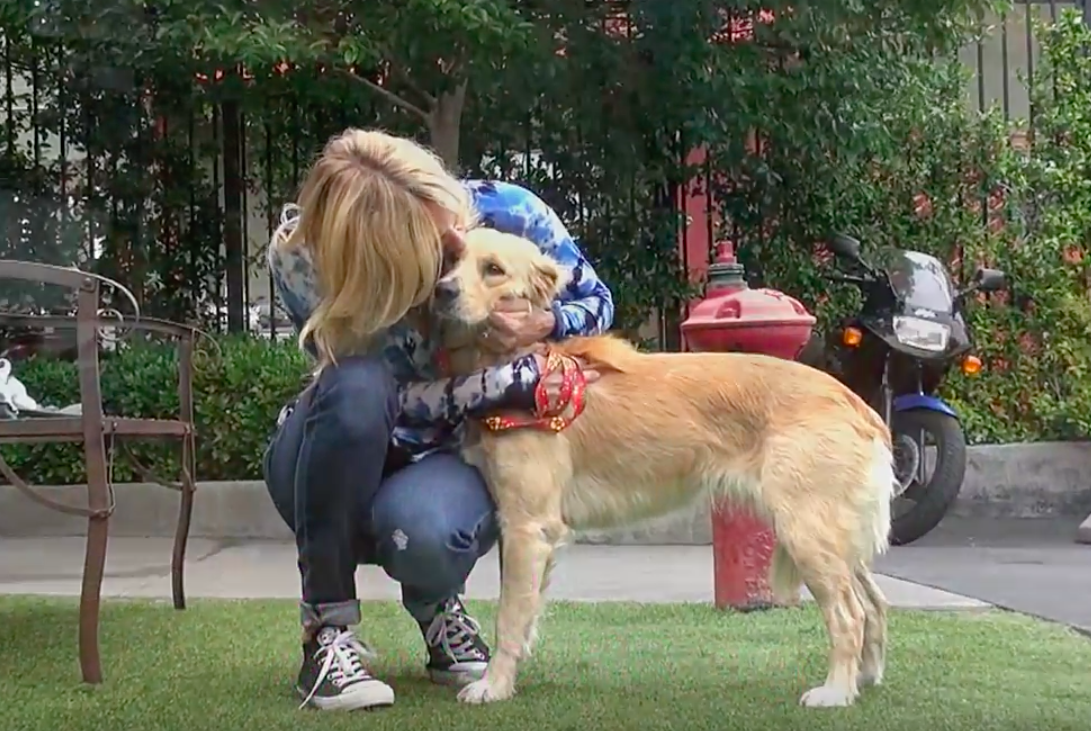