Kids Took In Newborn Stray Pups, But Didn’t Realize They Had a Mom Who Was Looking For Them

Hope For Paws received a call about five-day-old puppies who were found at a construction site by some kids in the neighborhood.

The kids wanted to help so they took the puppies home, but they didn’t realize that these newborn pups had a mother who was in the area searching for food to bring back to her puppies.

The kids bottle-fed the puppies for two days, but agreed to give them to Hope For Paws so that they could get the proper care they need, and hopefully reunite with their mother if found.

Rescuers put the puppies in a playpen in the last spot their mother saw them, hoping she would return. Luckily, she did! But she was very protective of her babies, and rightfully so. She growled at rescuers and was very afraid. She already lost her puppies once, and she didn’t want to lose them again. 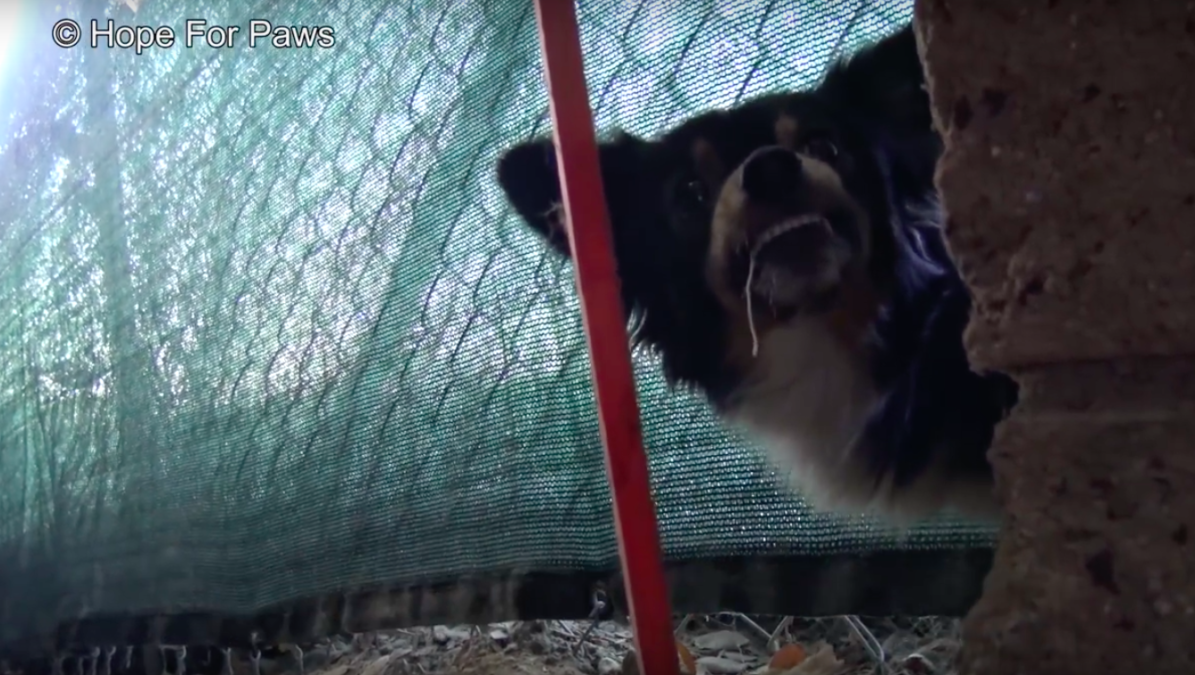 They tried to calm the mother down by giving her some food, but she was too anxious and nervous to take it. She continued to growl at rescuers and when they tried to put the snare around her, she snapped at it.

But they were in a small space and they were afraid the dog would make a run for it. They didn’t want to lose her, so they had to act quickly. They carefully got the snare around her, while she continued to growl and bark. 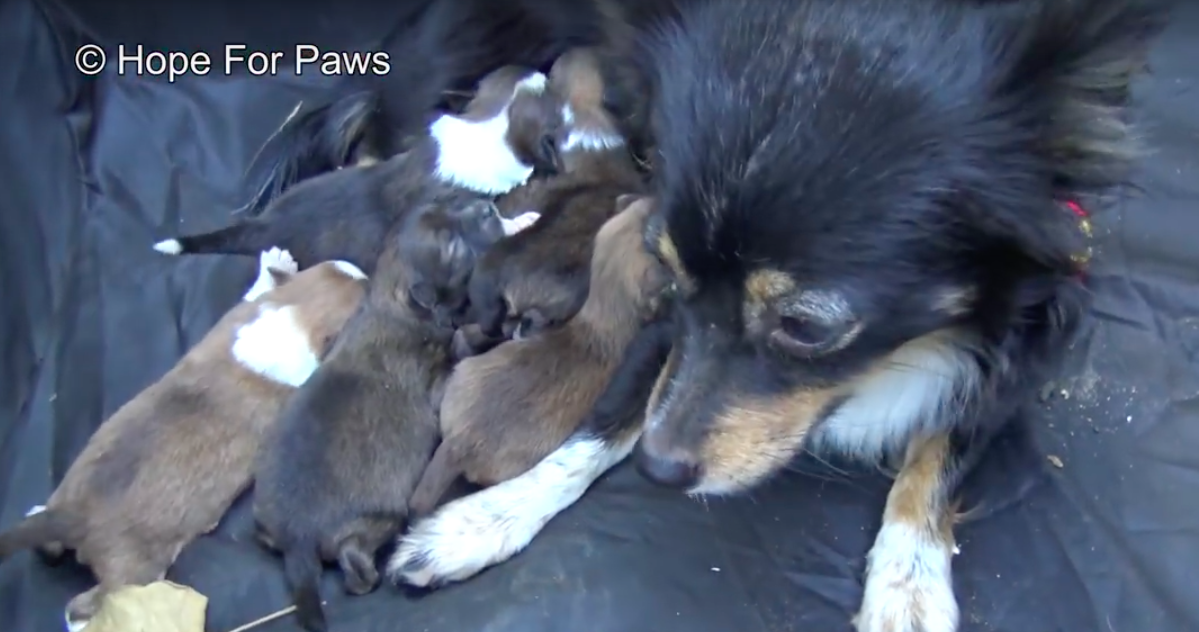 They put the leash around her and led her out of the woodsy area. They carried the playpen of her puppies right behind her and kept stopping to show her that her puppies were still there.

Once they were out of the bushes, the mama dog allowed rescuers to pet her. They laid all of the puppies near her so they could nurse. Once the mom was reunited with her puppies, she finally calmed down and ate some food. 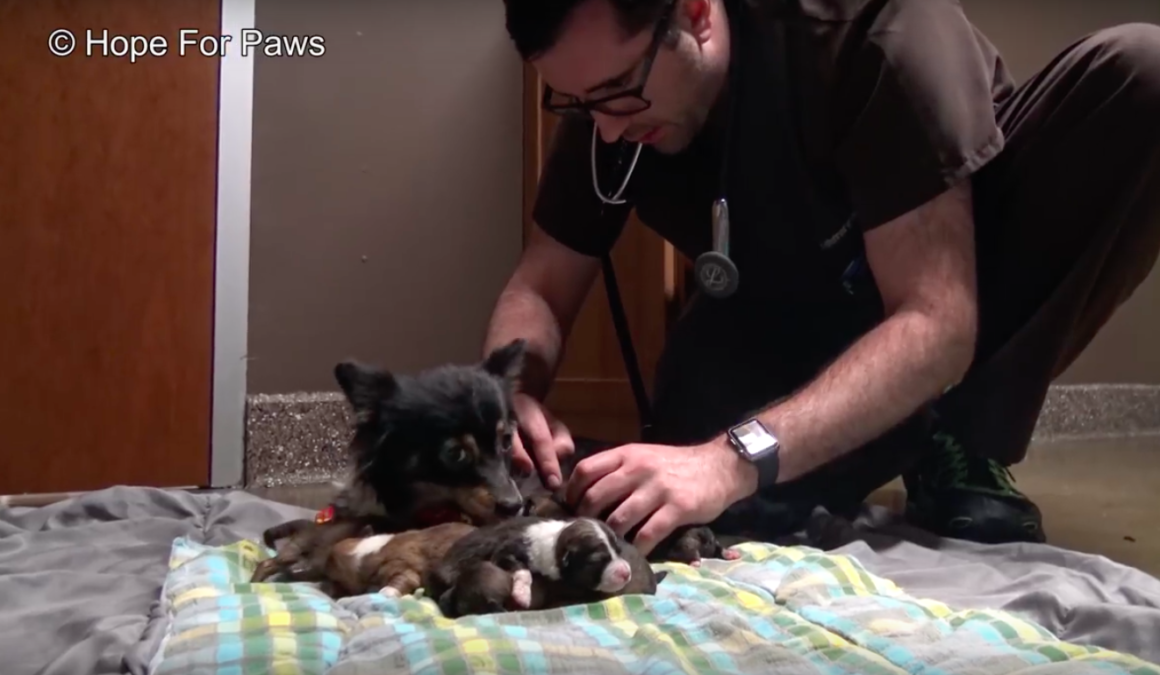 This poor mama dog had been fending for herself for so long, as well as her puppies, so she is probably very relieved that she is finally safe now.

The property that they were found on used to be a citrus grove, so rescuers decided to name all of the pups after that: mother Navalina and her six puppies Valencia, Bergamot, Ponderosa, Satsuma, Mandarin, and Clementine. 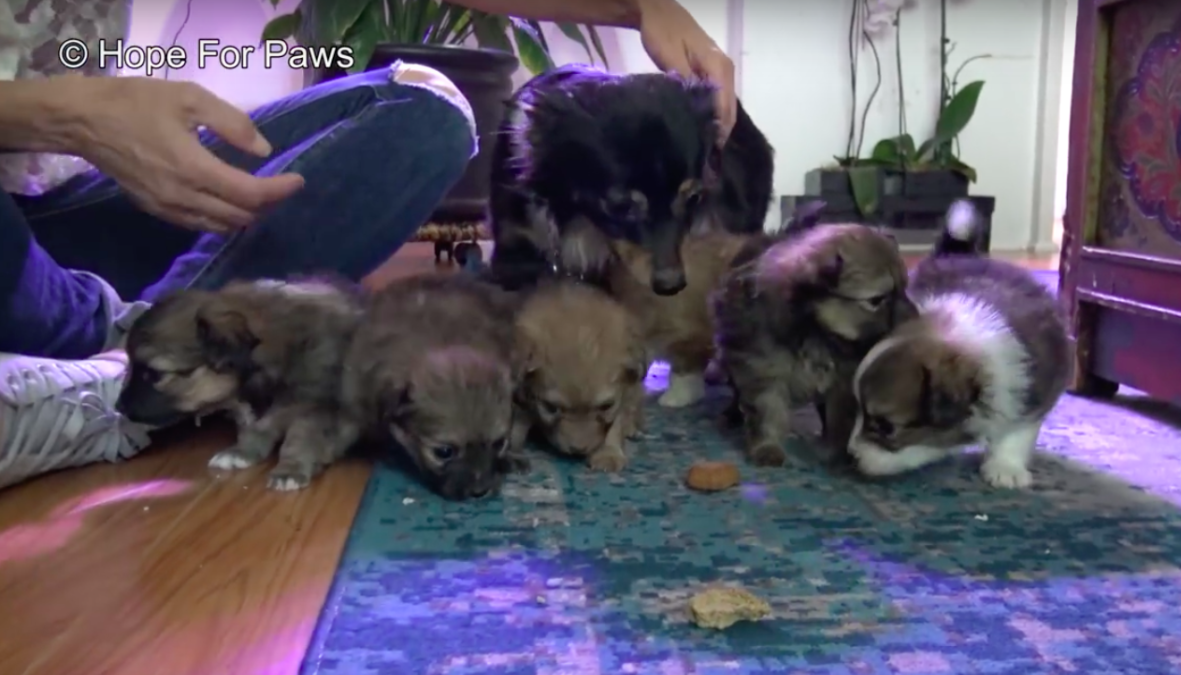 Navalina and her puppies all got examined by a vet at their hospital, and all are doing great! Weeks later, the puppies have already grown so much and have even found their forever homes!