In case you can’t tell from her name, Cinderblock is a hefty cat.

Millions were first introduced to Cinderblock in a viral video that showed her refusing to exercise. Thankfully, she’s since had a change of heart, and has recently taken up exercising on a special underwater treadmill.

Cinderblock’s veterinarian at Northshore Veterinary Hospital has been posting videos of their ample animal’s weight loss journey on the YouTube channel, Cinder Gets Fit. The first few steps were taken with hesitance, though Cinder seems motivated somewhat by her human supporters cheering her on in the background.

“You can do it!” the vet can be heard calling out in one of the videos. 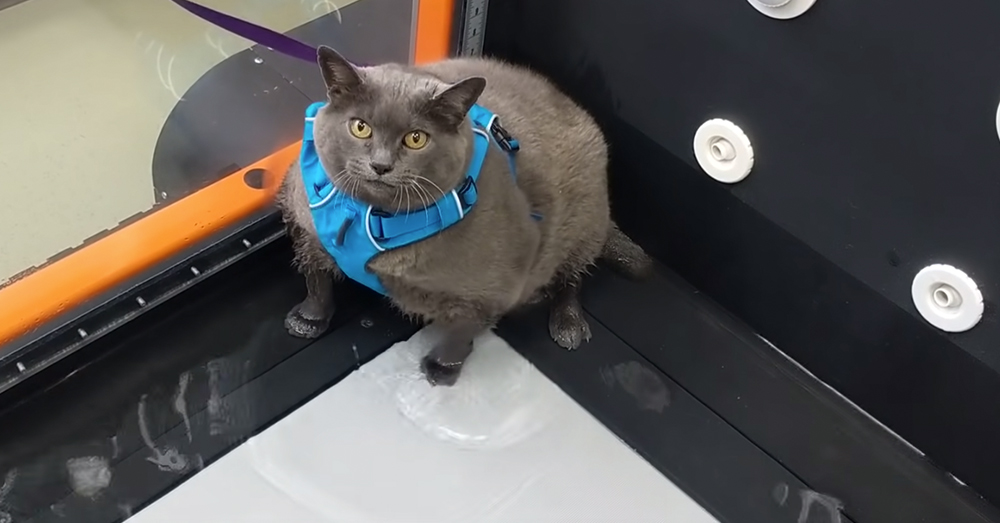 Cinderblock’s vet was very concerned the cat’s morbid obesity, and recommended a strict weight loss program, no matter what form it took. While the underwater treadmill may seem like a strange way to help a cat lose weight, the vet has a very good reason for this approach.

It just took some time before she understood the routine.

“Many people have wondered why Northshore is subjecting Cinder to the underwater treadmill,” the video description reads. “Cinder has arthritis in multiple joints and is carrying an extra 10 lbs. of body weight. The water provides a reduced weight-bearing environment that increases functional use of limbs without marked weight loading and resultant discomfort to joints.” 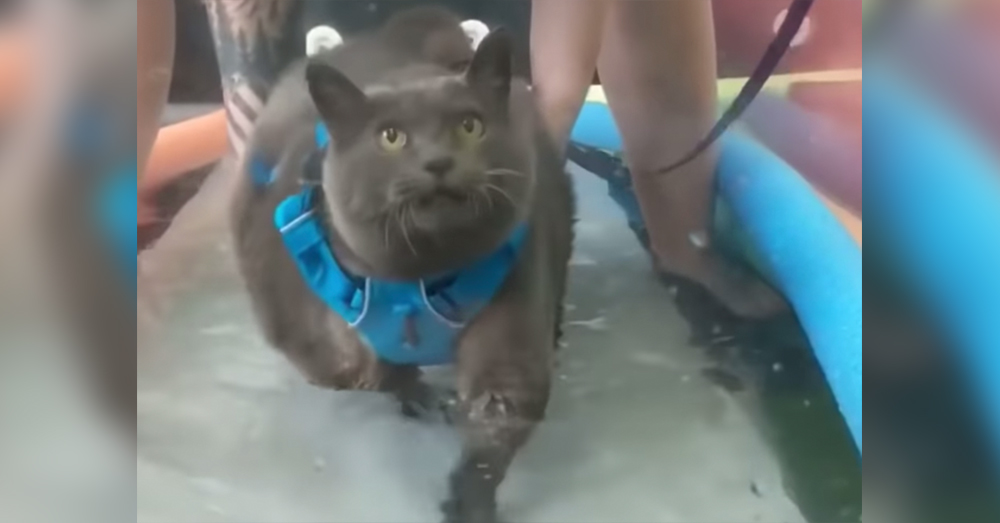 “She’s still in the process of becoming acclimated to this treadmill and the water level is lower than we would like just so she can become used to the process,” the description continues. 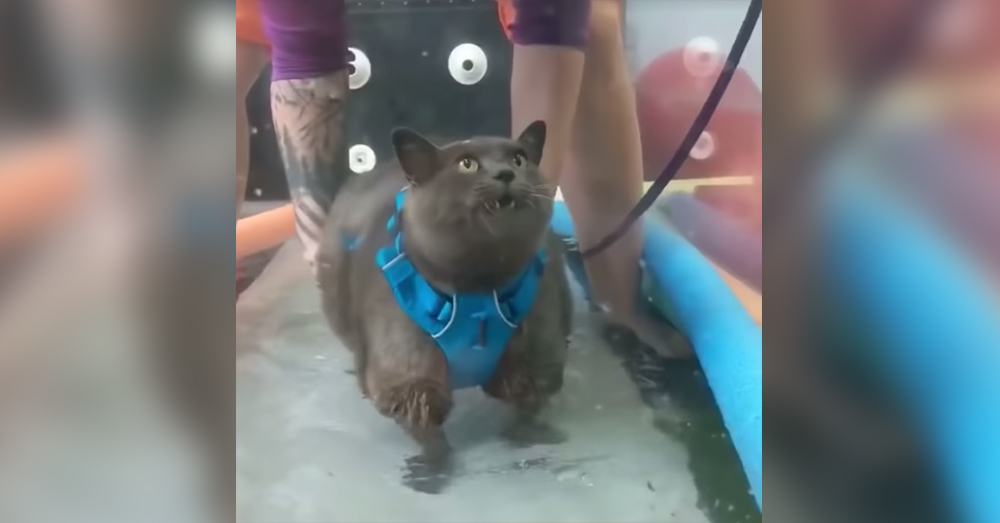 From the looks of it, this is no cake walk for Cinderblock (pun intended). Considering she was relinquished from her previous human, Cinder’s weight gain may be compounded by increased anxiety. Still, she’s been willing to put in the work and maintain a healthier lifestyle with the encouragement of her veterinarian. In the meantime, she’s inspired others to live healthier, too. 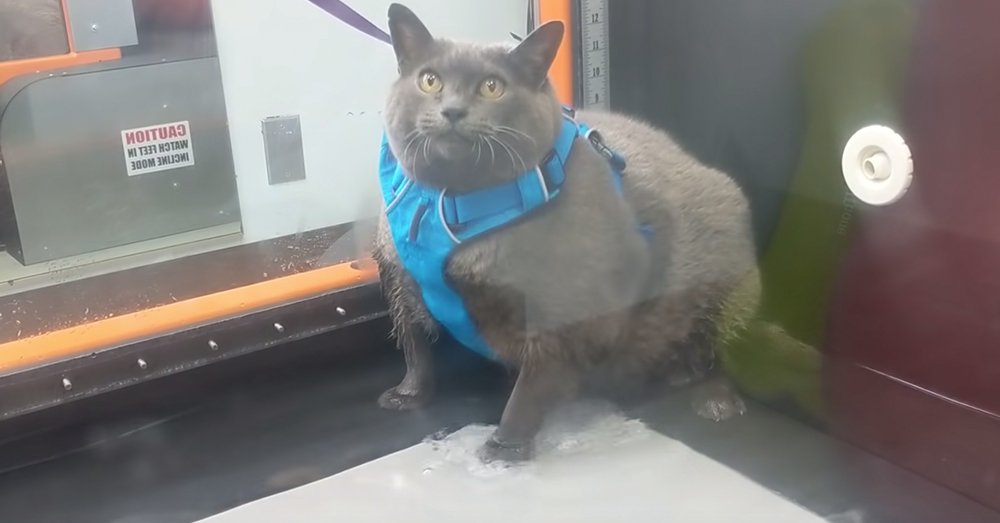 “This weirdly is actually inspiring me to get out of a low spot in my life right now,” one commenter wrote.

“Cinder I’m right with you girl we can do it together love you kisses♥️🥰👍,” posted another.

“You can do it Cinder! We believe in you!”