In 2006, Army Sgt. Christy Gardner was almost killed overseas while serving on a peacekeeping mission.

According to the Army, “She’d suffered multiple, traumatic injuries including spinal damage. Both legs have since been amputated below the knee. Her skull was fractured in two places, and the resulting brain trauma wiped out most of her memory. She lost her ability to speak and the hearing in her left ear. She had to re-learn words, spelling, grammar and math from the third-grade level up while dealing with intense seizures. Two fingers on her left hand are missing.”

As a veteran Gardner was already more likely than a civilian to commit suicide. As a severely injured veteran, her chances of surviving even the next decade were in question.

But Gardner’s story is different. She’s not only lived through her injuries, she’s continued to make her country proud.
And all thanks to a dog. 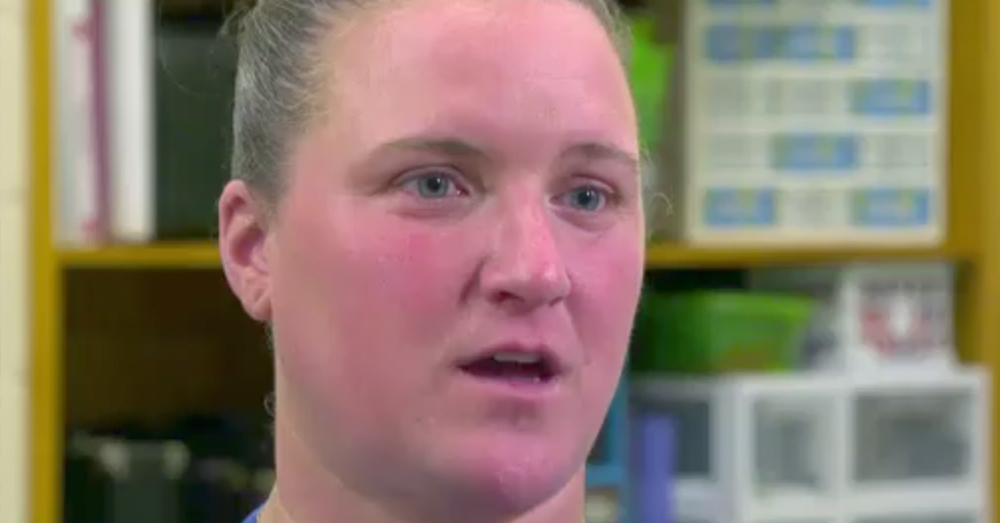 Source: Facebook/10News WTSP
Veteran Christy Gardner was nearly killed while serving in the Army during a peacekeeping mission overseas.

Gardner credits her service dog, a Golden Retriever named Moxie, with keeping her alive during a deep depression.

“She’s absolutely been a life saver. Quite literally,” she told CBS News. “That dog saved my life.”

Because of Moxie, Gardner chose to live. 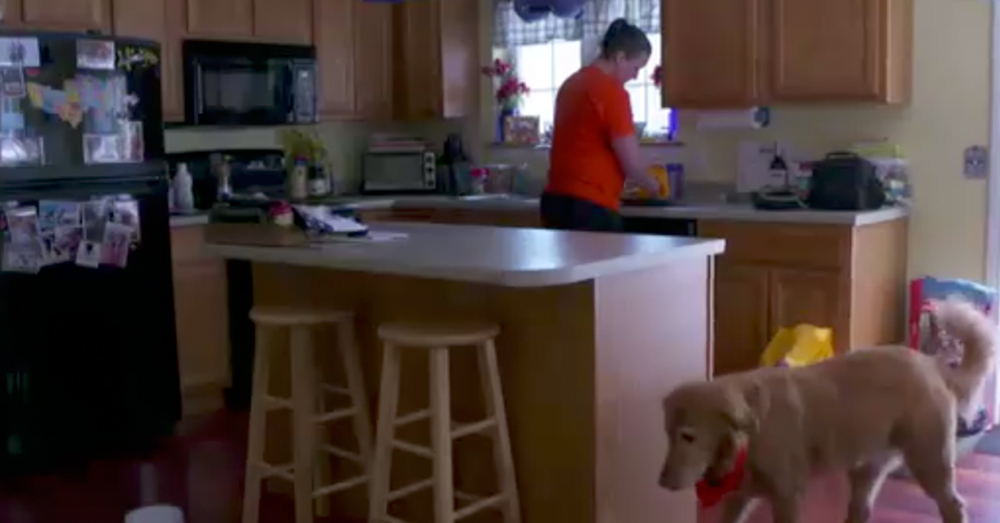 “The way she would just look at you. Her eyes would go right through to your soul. And I felt like I was disappointing her. And so having her by my side was the only reason I didn’t kill myself,” she said.

Gardner hasn’t taken her life for granted, either. She’s since represented the U.S. on the women’s sled hockey team. She tried out for the team after participating in a winter sports clinic in 2009.

And she made it. 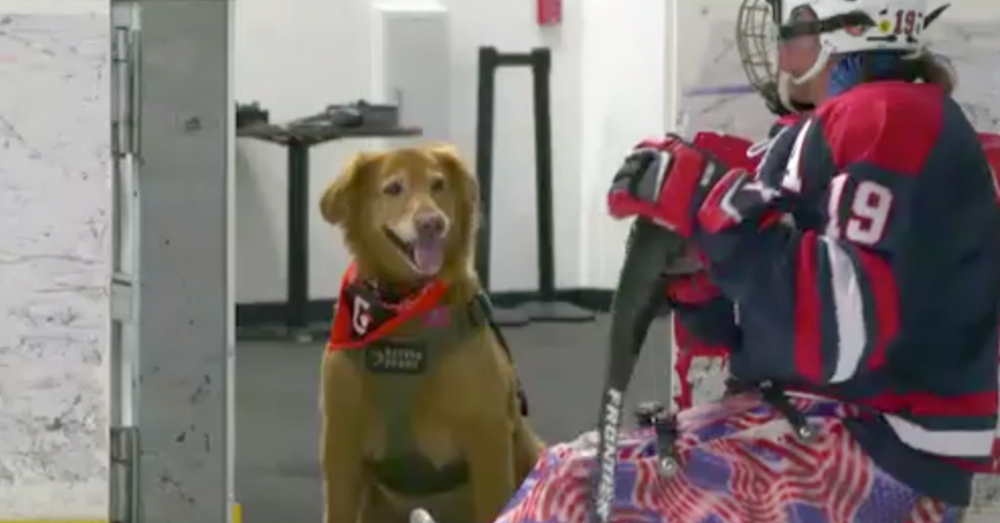 “Despite all that I’ve been through medically, sled hockey has truly helped me heal physically and mentally with the support of others like me and an opportunity to participate in something that made me proud of the abilities I still have,” Gardner told the Army in 2017. “This is my fifth season with the National team and I couldn’t be more excited for the upcoming season. We’ve got a great group of girls including three military veterans and a whole lot of talent.”

Moxie doesn’t stay at home when Gardner takes to the ice, either. She’s right there at ringside, cheering her human on. It’s no wonder where Gardner pulled out the determination to take home a gold medal in the 2015-2016 season. 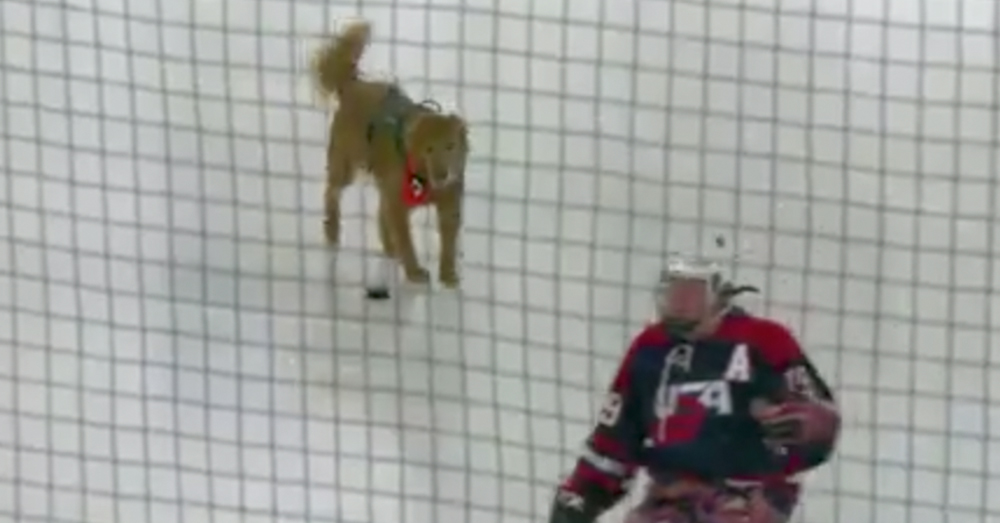 Source: Facebook/10News WTSP
Moxie shows up to support her human at every game!

Now, in return for all Moxie has done for her, Gardner is paying it forward. The veteran has taken in another animal with a disability, and intends to train her up to be a service dog to help children at Leeds Elementary.

Tiny Tim can’t use his front right paw very well, but that hasn’t held him back from living life to the fullest with Gardner and Moxie.
“There is just so much about him that is so perfect for this little mission of his. I think the kids are going to say, ‘Well, he had all these problems and he didn’t give up and look how happy he is,'” Gardner told CBS. 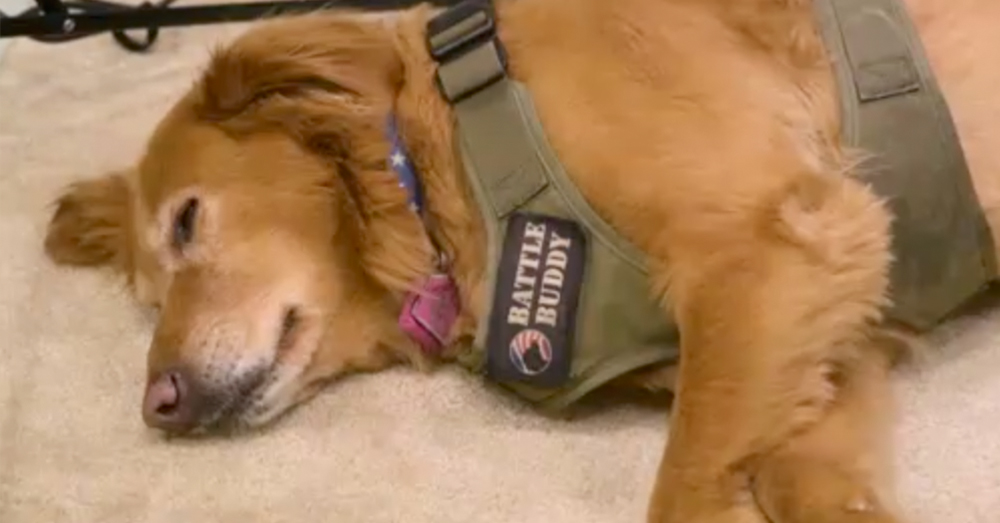 Source: Facebook/10News WTSP
Gardner owes her life to Moxie, and she is paying it forward by helping train up another service dog.

Gardner has taken on extra work to cover Tiny Tim’s medical bills. And, with a $10,000 donation from pet food company Vetriscience, she will be able to have his bum leg amputated.

Tiny Tim’s life is looking up, and he couldn’t be in more caring hands.