Astronaut Christina Koch just returned to earth after nearly a year in space. And nobody missed her more than her dog.

Koch posted a video of their long-awaiting homecoming on Twitter, which you can watch in full below. In the video, you see the dog eagerly pawing at the glass front door as she watches her long-awaited human climb the porch steps. Rarely do you see a tail wag that quickly! 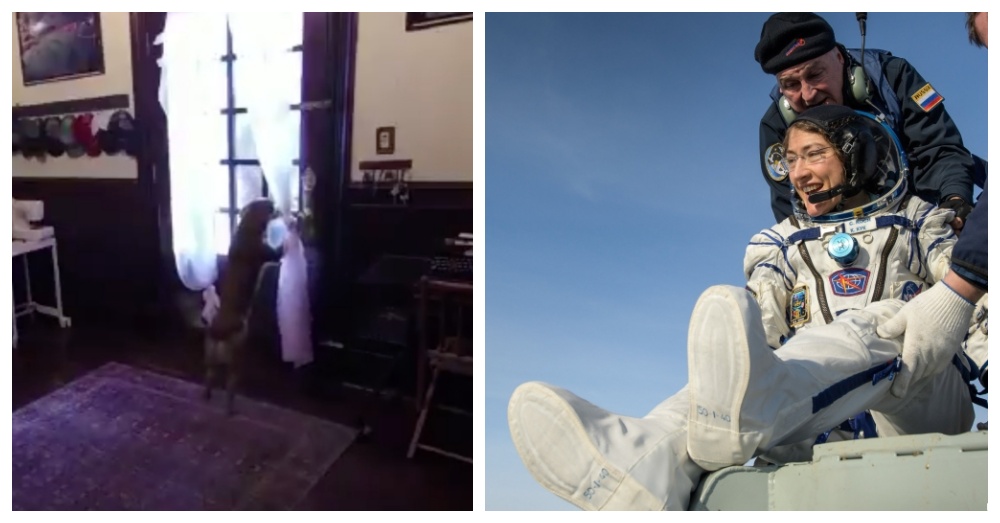 When Koch’s husband finally opens the door, the lovelorn pooch basically leaps into the astronaut’s arms. The dog is so excited, however, that she can’t stop leaping and jumping from human to human. Finally, the whole pack is together again! Now the dog’s tail is wagging so hard that her body shakes with joy.

“Not sure who was more excited,” the astronaut wrote on Twitter. “Glad she remembers me after a year!” Not only did the dog remember Koch, the loyal pooch was clearly counting down the days until her return. 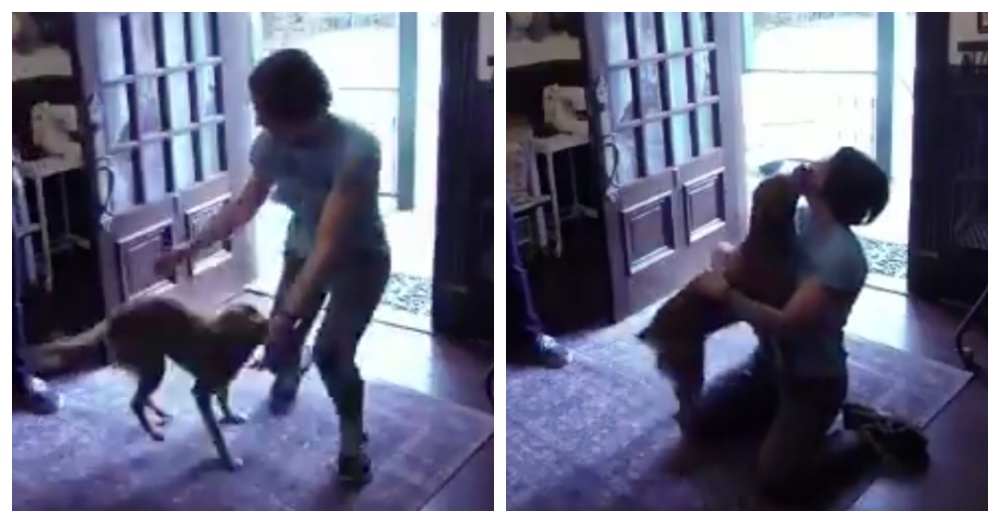 Koch made history by spending 328 days in space, which is the longest space flight completed by a female astronaut so far. Her year in space also included partaking in the first all-female spacewalk with fellow NASA astronaut Jessica Meir.

But even before these historic achievements, Christina Koch was already a hero in her dog’s eyes. Watch their heartwarming reunion in the video below!

Not sure who was more excited. Glad she remembers me after a year! pic.twitter.com/sScVXHMHJn