This Pup’s Legs Were Shattered After An Unknown Accident… Her Swift Recovery Is Amazing To See!

At approximately 10 weeks old, Christie was brought into the Vet Ranch clinic from Fort Worth, Texas. She came into the clinic with multiple broken bones, her back and her hind legs being where most of the damage was. After looking at Christie’s x-rays, Dr. Karri determined that one of Christie’s legs had a lot of shattered bones, while the other was just fractured. She believed that this was the result of Christie being thrown from something like a car, but could not say what happened for sure. With no prior knowledge, they will never know exactly happened to this poor puppy, the only thing that they did know was that Christie was need of surgery. But before they could operate, they needed to do something to stop any more damage from happening to Christie’s legs. So they decide to give her splints.

Despite her injuries, Christie has kept a positive attitude. Even with splints on her legs, limiting her movement, she still ran around like the energetic pup that she is. When the day of surgery arrived, she still maintained her playful and positive attitude and was ready for the very long journey ahead of her. 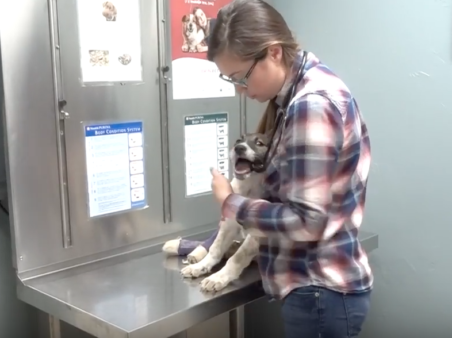 After two and a half hours on the operating table and a few pins in her legs, Christie was done with surgery. Now it was time for Dr. Karri and her team to watch and wait. Three days after surgery and Christie was surprisingly ready to learn to walk again! After a total of thirteen days post-surgery, this strong little pup was pushing her recovery. She was walking really well on her own, which was not expected. And after just a few short months, Christie’s legs were fully healed! Dr. Karri gave her a clean bill of health, now the only thing missing his her forever home! 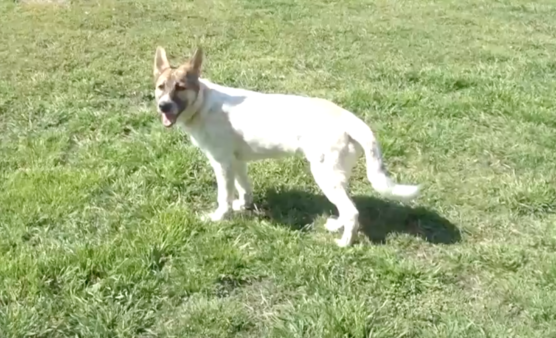