According to Colorado.com, Colorado has 58 mountain peaks exceeding 14,000 feet (known as “14ers) – the most of any state.

One 14-year-old dog is lucky to be alive after a group of hikers worked together to rescue her from a horrifying 14er mountainside, after she ran away from home six weeks earlier.

The dog, named Chloe, got loose during a walk near her home in Mount Bross, Colorado. Her owner, Larry Osborne, tried to stay positive, but after several weeks passed, he accepted the idea that she had been killed somehow. 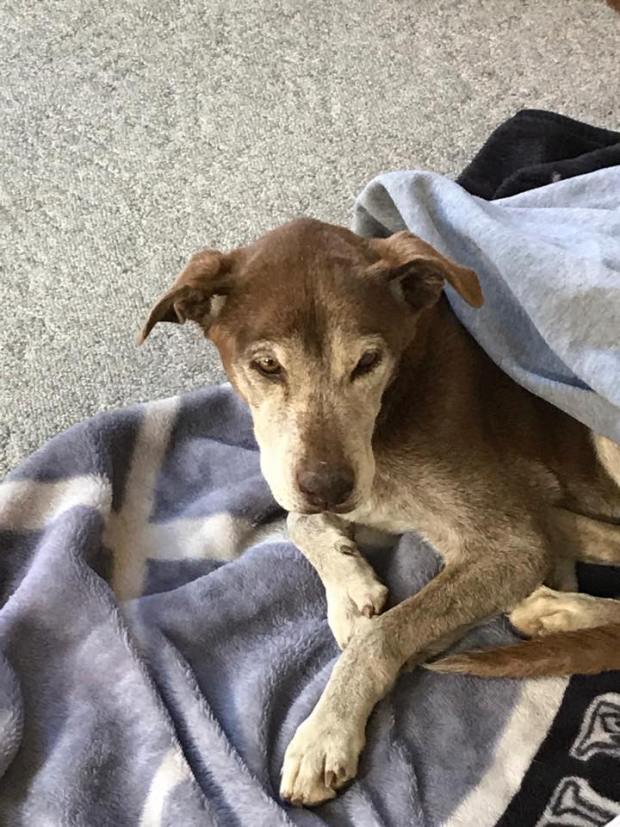 But then fate intervened. Hikers heard faint cries and barks coming from a steep mountainside, but assumed it was just a coyote.

A local woman named Trinity Smith saw a post on social media about Chloe and thought she may be tied to the barking coming from the mountain. At this point nobody knew, but Smith wasn’t going to let it go. After restless nights thinking about the possibility of this dog being stuck alone on a mountain 14,000 feet in the air, Smith took it upon herself to search for the dog. 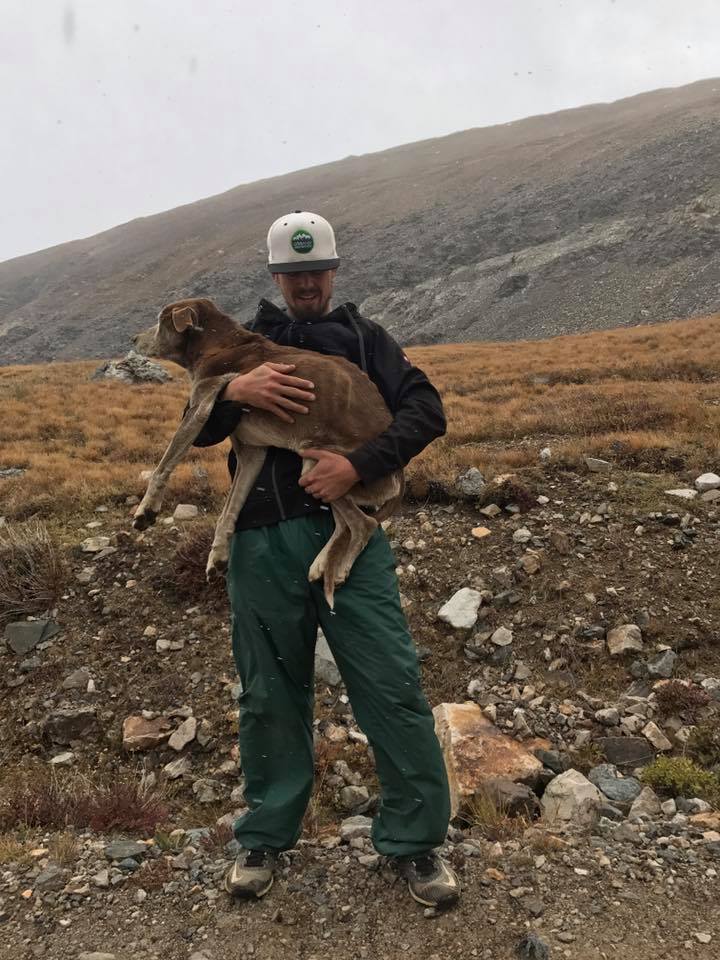 For two days, Smith and her friend walked around the mountain, calling out for the dog. She began to lose faith after not hearing anything, but then she heard a bark. She started walking toward the sound until she finally saw the dog. And it was indeed Chloe! 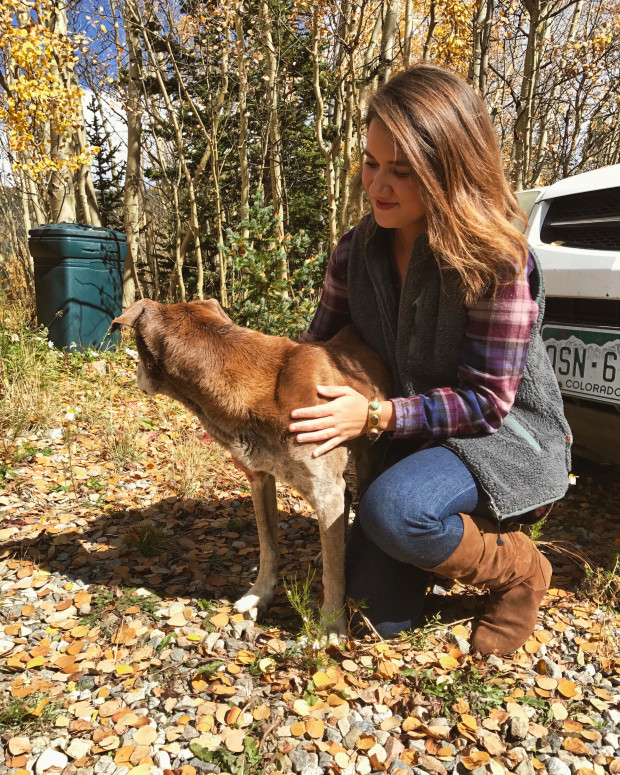 Poor Chloe was stranded on a ledge; one wrong move and she would slip on the surrounding loose rock and plummet to her death. Smith’s friend, Sean Nichols, reached up toward Chloe and was able to grab her. She hadn’t eaten for weeks and was so malnourished and underweight that Nichols was able to carry her with no problem. 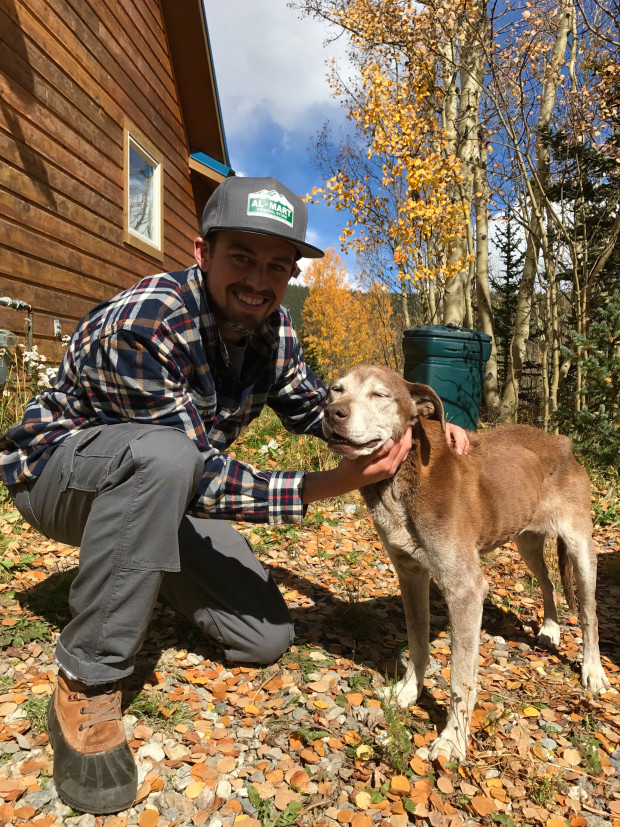 The first thing they did was give Chloe water and brought her to a nearby convenience store. The owner recognized Chloe and called up her owner right away. 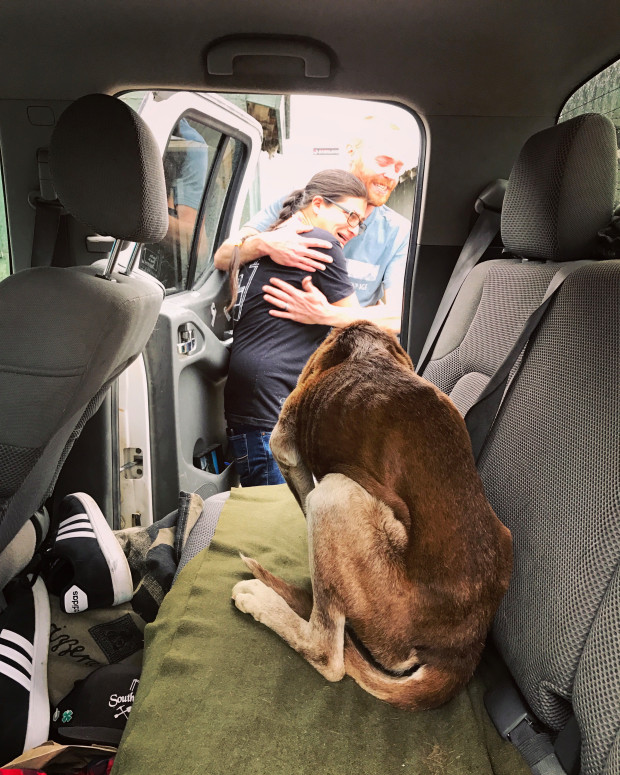 Osborne rushed to reunite with his beloved dog. With tears in his eyes, he laid next to her and sobbed. Chloe immediately began wagging her tail the second she saw her human. 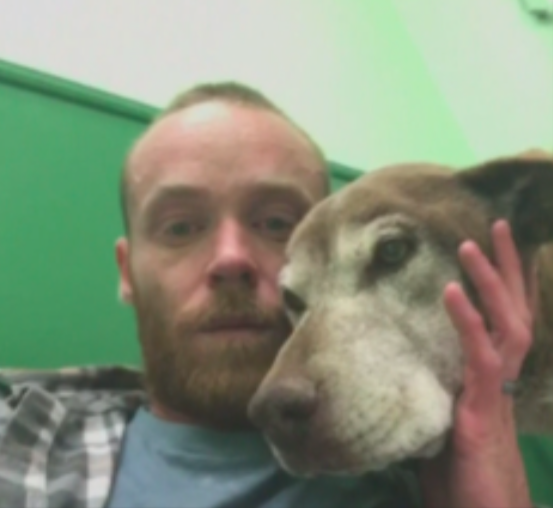 Chloe was 90 pounds when she ran away and is now 26 pounds. She is in major need of some TLC, and thankfully she will now get it. Smith and her friend are heroes! Faith in humanity restored!