A surveillance camera caught a pair of Texas dognappers in action on Saturday, Oct. 6. Within a matter of days, the footage was spreading far and fast across the internet.

The two suspects arrived at the front of Matthew Ivy’s home in Mesquite. One distracted the dogs away from the vehicle, while the second grabbed 10-week-old French mastiff puppy Chipper by the collar. 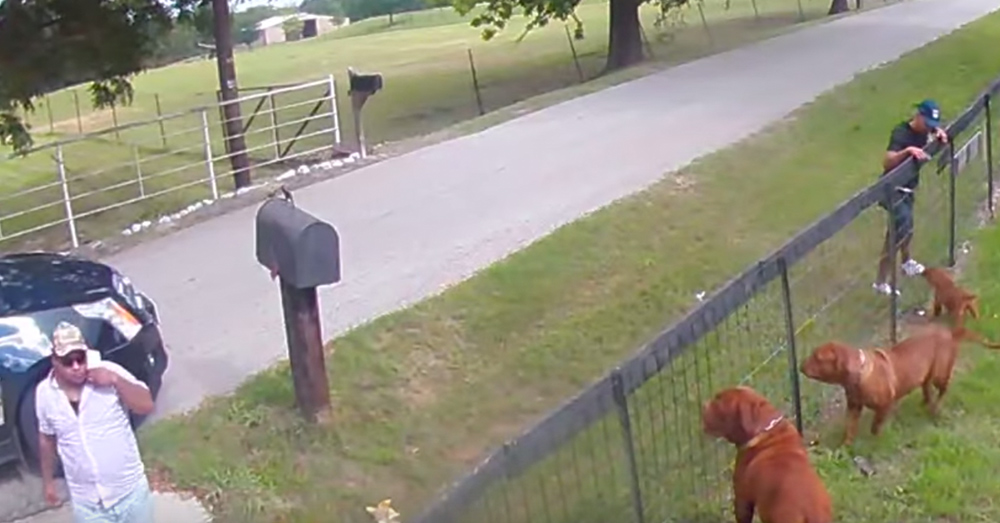 Source: YouTube/ViralHog
The thieves pulled up to the front of the house and distracted the dogs. 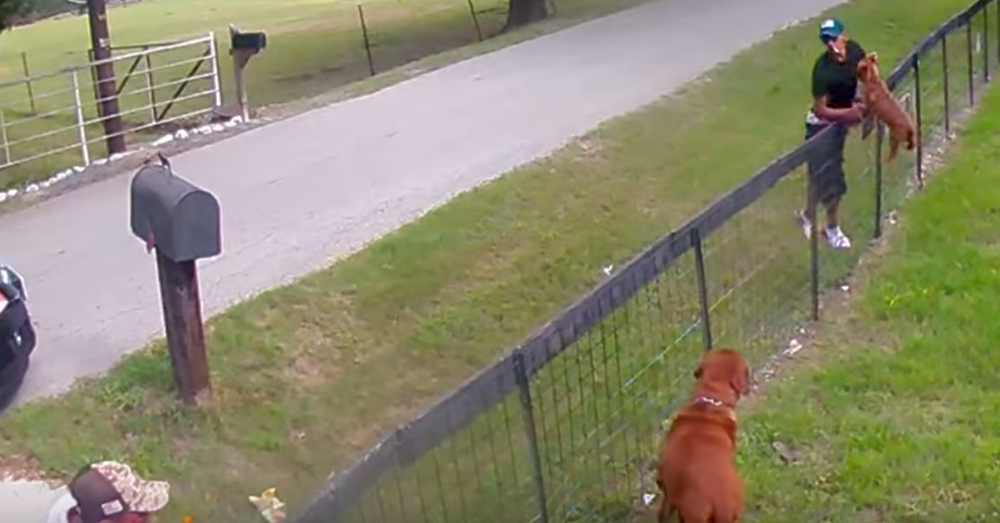 Source: YouTube/ViralHog
One of the men pulled up Chipper by the collar.

By Wednesday night, police said they were still looking for the thieves, but the dog was safe at home. According to NBC DFW, Brian Vasquez, who bought Chipper from one of the suspects for $300, returned him after learning the dog had been stolen. 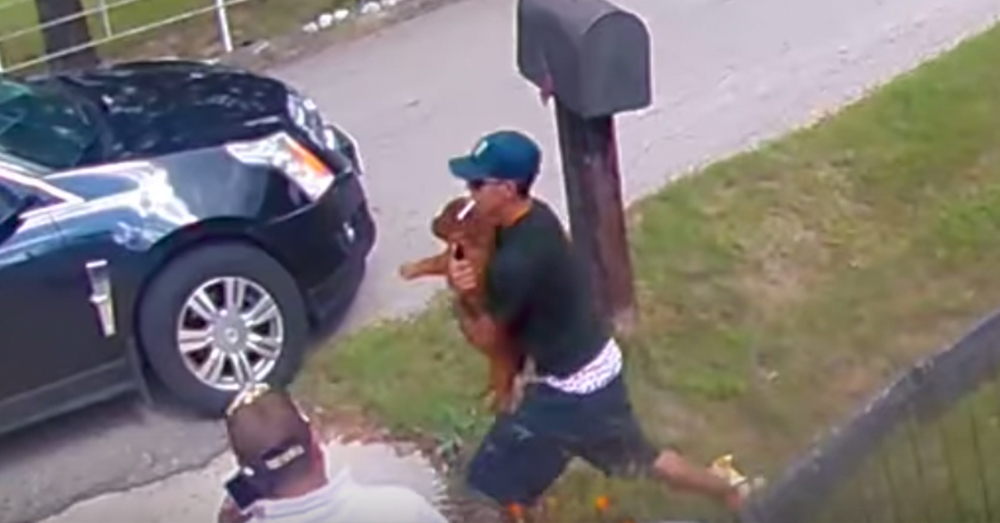 Source: YouTube/ViralHog
Chipper squealed as he was carried away.

Vasquez was confident it was one of the men in the video who sold him the dog at his tire shop in East Dallas. He did not know where the dog came from until his wife showed him the video on social media. 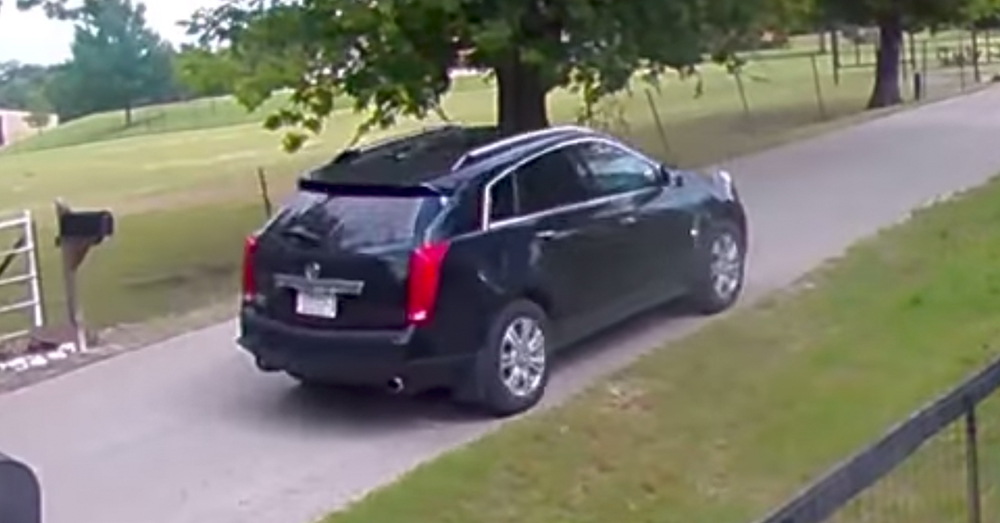 Source: YouTube/ViralHog
The men drove off with the 10-week-old dog.

“It feels good to have returned the dog and to have everything for the dog to be back where it belongs,” Vazquez said.

See how the incident unfolded in the video below.