People around the world are infuriated by a stunt performed at a Chinese theme park.

A 165 pound pig was carried up to the top of a 230 foot tower and strapped to a bungee cord. Then the innocent animal was hurled over the edge in an attempt to attract visitors.

The cruel stunt was performed at Meixin Red Wine Town theme park, near Chongqing Municipality, to show off the park’s new bungee jumping attraction. However, instead of attracting visitors the park is receiving countless complaints. 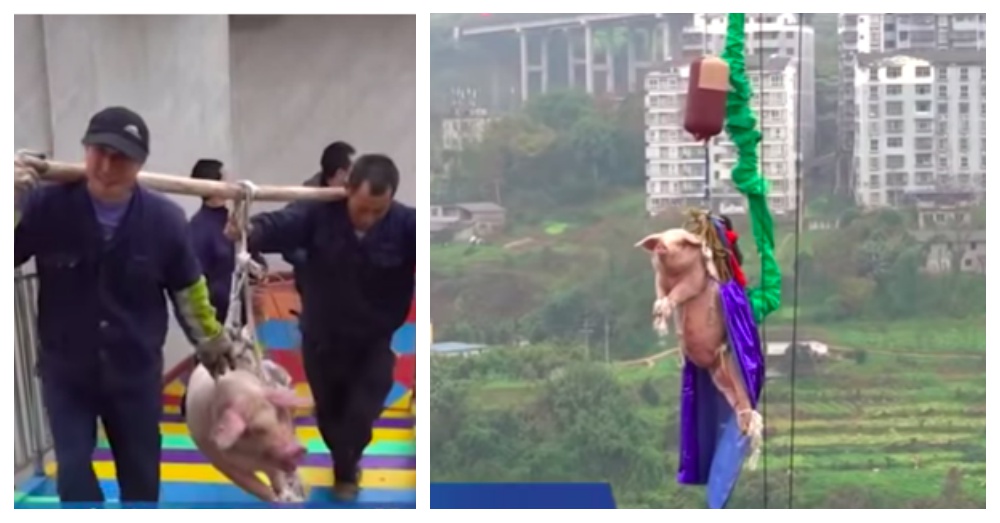 People are outraged by the insensitive act. One person who watched a video of the heartless stunt said, “Only a sick and twisted mind could come up with this.” 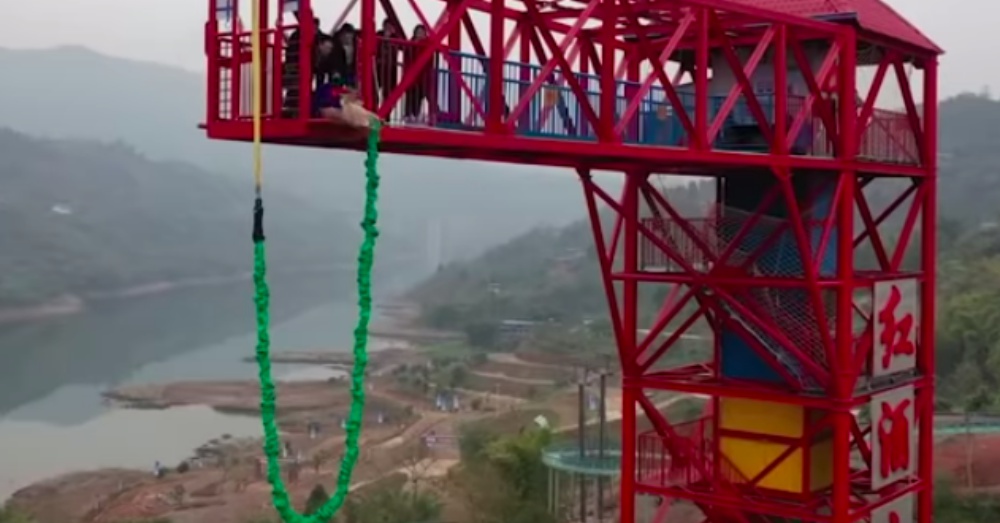 The park at first stood behind their decision. The owner told China’s The Cover news site, “We let the pig make the first jump because pork prices have been very high this year and recently they dropped a bit.” A representative for the park said the pig was going to be slaughtered anyway and that it was “just a bit of entertainment.” 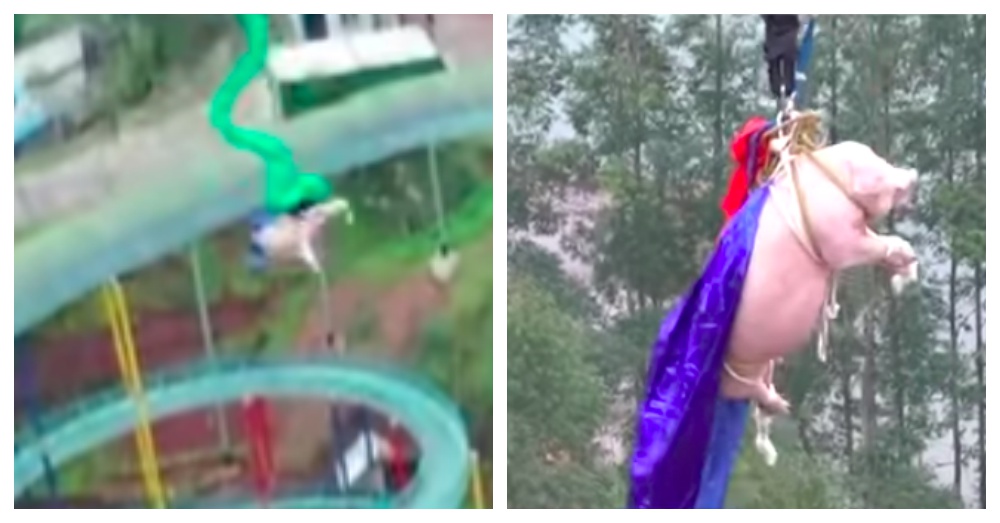 However, after all the complaints and backlash they issued another statement. “We sincerely accept netizens’ criticism and advice and apologize to the public,” it said. “We will improve [our] marketing of the tourist site, to provide tourists with better services.”

There are currently no laws against animal cruelty in China, but hopefully this will change in the near future.

The disturbing stunt can be viewed in the video below but viewer discretion is advised.