A dog was left home alone outside a home in San Felipe, Chile. A cloth canopy was tied above the patio to block out some of the sun. However, the dog managed to get a piece of the cloth wrapped around his body. He was struggling and biting the cloth, attempting to remove it. 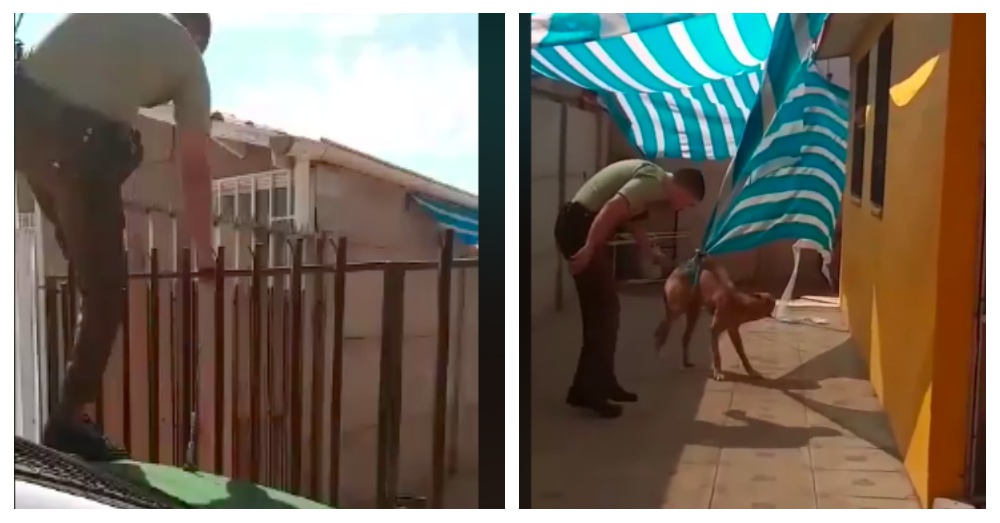 Second Lieutenant of Carabineros, Mr. Giovanni Donke noticed the trapped dog and heard him crying for help. The cloth was wrapped tightly around the dog and he was yelping when the officer found him. He immediately backed up his patrol car and jumped on the trunk to clear the fence. He approached the dog slowly and then used a knife to carefully cut the cloth. 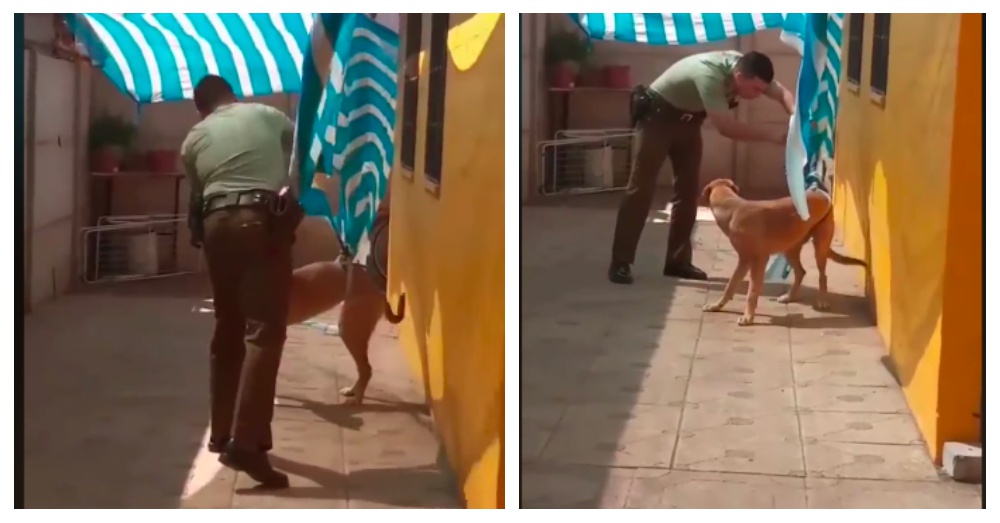 The dog was a bit unsure at first and continued to bite at the cloth wrapped around his body. After a few cuts the dog was finally free. He showed his appreciation by leaping up on the officer thanking him for his help. 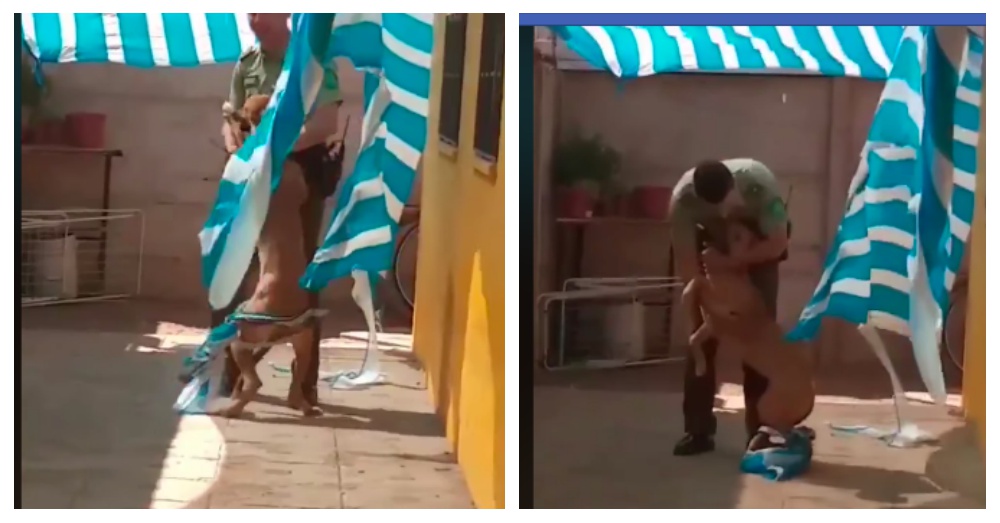 The country’s national police force, Carabineros de Todo Chile, wrote, “That pride…Our Carabineros worried about helping everyone … A little animal is also a cause for concern for our heroes in green. Thank you for your beautiful and sacrificial work.”