Firefighters Revive Dog After Saving Him From Burning Home

Maryland Firefighters from Prince George’s County Fire Department were on their way to a call early in the morning when they saw smoke coming from a home on their route.

Of course they stopped to check out the home, and thankfully they did! As soon as they got inside the house, they searched for any humans, dogs, or any other animal who could have been trapped inside.

That’s when they found a little Chihuahua who was in a crate in the bedroom next to where the fire started. The firefighters rushed the crate outside of the burning home. They examined the pup and realized he wasn’t breathing. 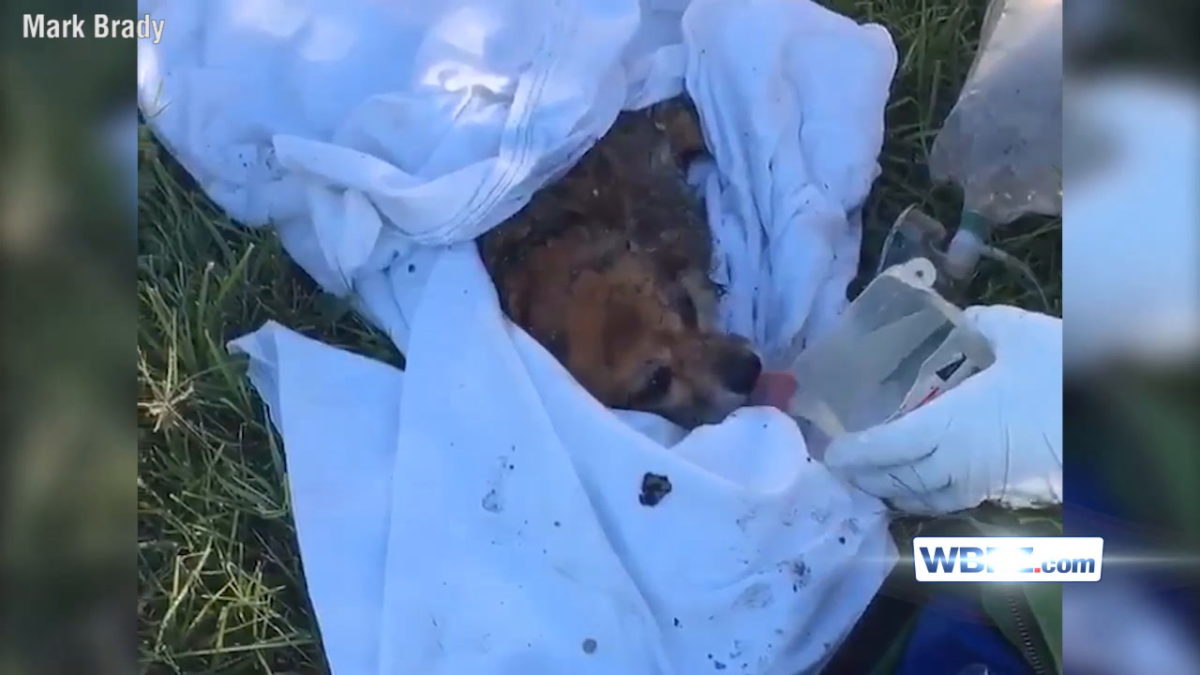 They worked together to revive him, and thankfully after some fresh air, and vigorous rubbing, they were able to save his life. They sat with the dog, who was wrapped in a blanket on the lawn, and gave him some water.

The dog laid there panting, and never became aggressive toward his rescuers. It was like he knew the firefighters were there to help him. A huge thank you to these firefighters! If it weren’t for these brave firemen, this pup wouldn’t have survived the fire.

Thankfully, no one else was inside the home during the fire. The homeowner was working when the fire started, and is so grateful for the firefighters who saved her beloved fur baby’s life.

Unfortunately, the house had up to $100,000 worth of damage, and the cause is still being investigated. While it’s devastating that the house was ruined, thankfully no one was harmed.