Dog rescues are no strangers to the plight of animals. They recognize that at times, they may spend years waiting to be adopted.

That is why it doesn’t surprise us that the Humane Society of Silicon Valley fell in line with many other rescues and got creative to get one dog adopted. It was with the adoption of about a two-year-old Chihuahua they named Eddie the Terrible.

According to the ad, Eddie is naughty, rude, and hates being around other dogs. He also hates being in his crate, doesn’t enjoy being around kids and in their estimation, he was somewhat of a jerk. The only positive point of the review is that Eddie is housebroken.

There were three honest reasons why people would not want to adopt Eddie the Terrible.

1. He doesn’t play well with other dogs. “At the sight of another dog, all bets are off. It’s Cujo time,” they said.

2. He doesn’t do well around some people or children. “Some dogs love kids. We have a bunch of child-lovin’ dogs. Eddie the Terrible, however, is not one of them. Honestly he’s a little whiffy with some adults, too. Not in an eat-them sort of way but in ‘this makes me very nervous’ sort of way. Eddie’s never actually bitten anyone but we’re not saying it could never happen.”

They also added an additional comment: “In a home environment Eddie is lovely. He’s housebroken, loyal, fun and friendly. He lives to play fetch. But socially? He stinks.”

3. He is crate trained but he hates it. “A bed in your room? Awesome. In the bed with you? Better. In a crate? Let him sing you the song of his people …” 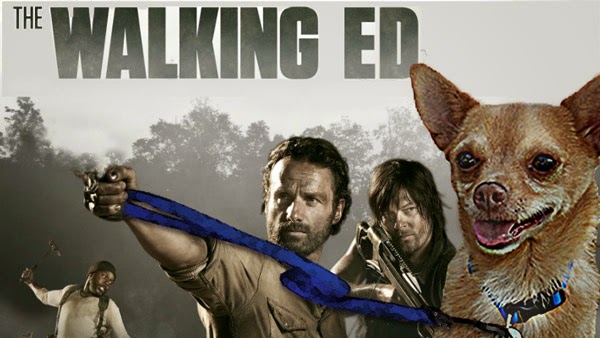 You’re probably wondering how things went, and you will be happy to know that it worked for little Eddie. The blog post ad may have been a little too honest, but a retired couple heard about him on the news and decided to go for it. Now Eddie the Terrible can rule the roost.