After three years of laughter and love in the comfort of a caring human, senior Chihuahua Mr. Crowley has crossed the rainbow bridge. He was 15 years old when he died.

The news of Crowley’s passing was shared on Instagram by his parents. The touching note read the following:

Hi everyone-
Last night, we made the most difficult decision of our lives, and decided to let Crowley pass in peace at home. He was in bed, between us, snoring away.

Within the past three days, his appetite slowed to the point where he wasn’t eating his favorite treat (which were scrambled eggs). After getting bloodwork & x-rays done, we found he had a lot of fluid in his lungs, his heart disease worsened $ enlarged even more, & his kidneys were shutting down. He had gone into CHF. 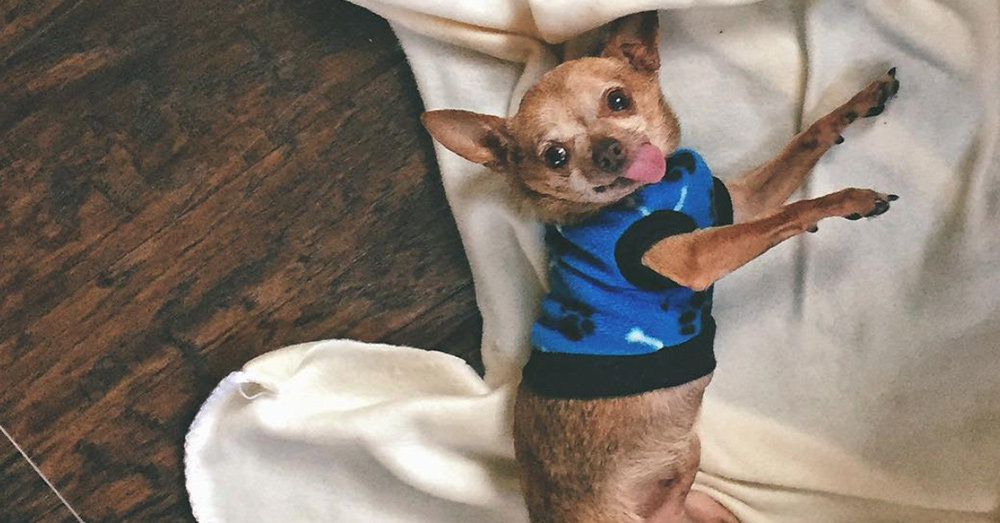 Source: Instagram/mr.crowley_chichi
Crowley was rescued from the shelter when he was 12 years old.

He was having trouble breathing, and after consulting with two vets, we all decided it was time for him to say goodbye.

We are so grateful for every minute we were lucky to spend with such a special little dude. Every day with him was magic in the purest form. Every day was filled with laughs and more kisses than most people get in a lifetime. He was our child in every sense of the word, and we centered our world around him. 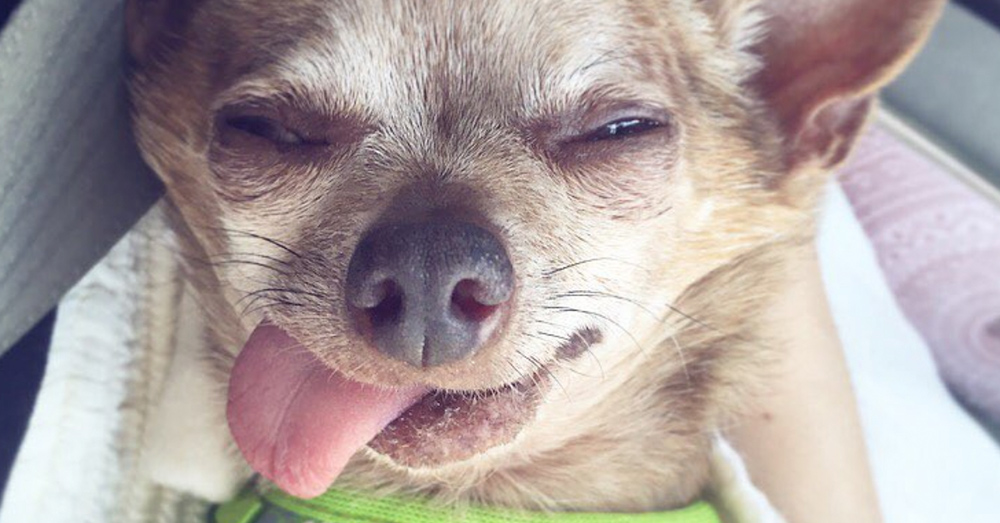 Even though we knew this was coming, it came all too fast. I’d Gove anything to have one more day with his little face snoring next to mine. Crowley taught me to love, to forgive, to live in the moment; he brought more to me than I could have ever imagined. I’ll forever miss his body curled up next to mine.

Thank you to everyone who has been on their journey with us- your love, and prayers are with us, and despite how sad we are, we feel so much love and gratitude.

Crowley was abandoned in a box when he was 12 years old, and in failing health. According to the Dodo, a volunteer with the Westchester SPCA, in New York, brought him to the shelter, where Raquel Fernandes found him.

The shelter had named him “Mouse.” 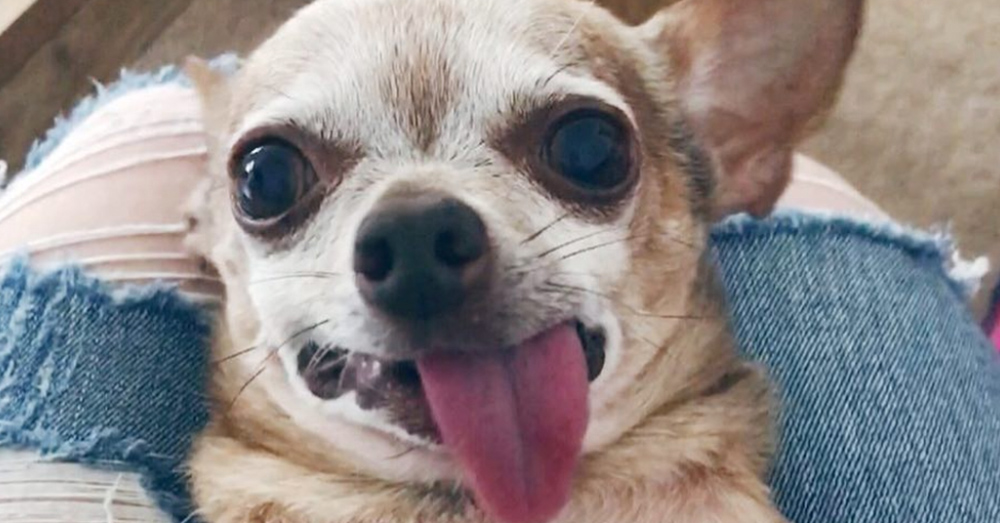 Source: Instagram/mr.crowley_chichi
The Westchester SPCA named Crowley “Mouse” before he was adopted out.

“He had a mouth full of rotten teeth, a rotting lower jaw, damaged trachea and Luxating patella, which made it difficult for him to walk even short distances without picking up his rear leg,” Fernandes said.

Having tried several times in the past to adopt a senior dog, with no luck, Fernandes and her partner were eager to care for Mouse from the moment they first saw him. 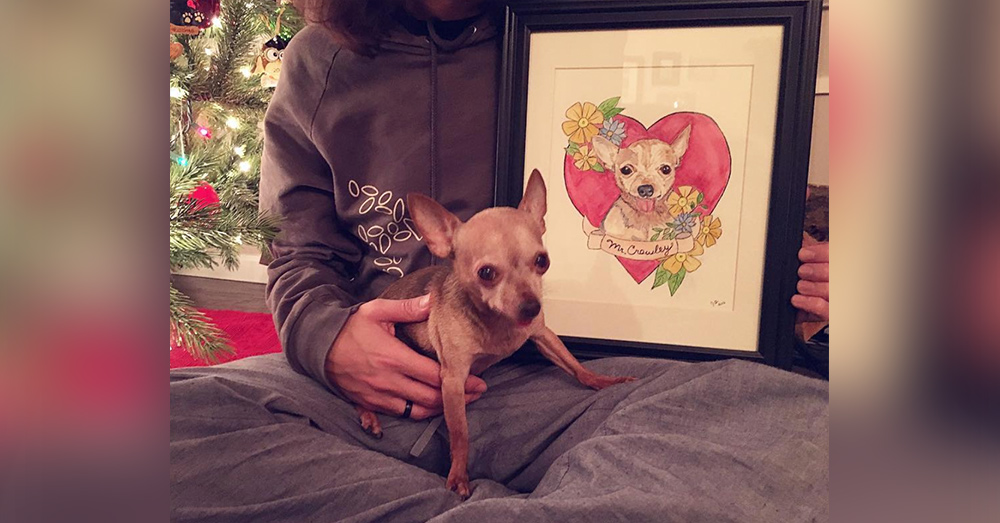 Source: Instagram/mr.crowley_chichi
His last three years were spent in a warm home, with is loving family.

“When they first turned the corner with little Mouse in their arms, I was so excited, and kind of sad at the same time,” Fernandes said. “Here was this tiny, 3 pound, skinny, shaky, wobbly little dog that someone had just decided to leave in a box. My heart just broke for him, and I knew right away, if he’d have us, we’d love him every single day of the rest of his life.”

Crowley was much loved by his parents and people all over the world, and during his time here on earth, he was able to see quite a bit of it.

He will be remembered fondly by all who have heard his story.