After Police Finally Capture Cattle, Rescuers Step In To Save Courageous Cows From Slaughter

For a cow, the reality of life in a slaughterhouse is every bit as bad as it sounds. It’s a death sentence, to say the least, and oftentimes cramped conditions make life even more miserable for the animals.

According to the Humane Society of the United States, cattle slaughter has been increasing in the country ever since commercial farms were introduced. At least 30 million cows are killed every year in slaughterhouses. The beef industry has in some cases provided entire cities with the means for an economy. We used to call them cattle towns, but the cows involved obviously benefit little from those gains. 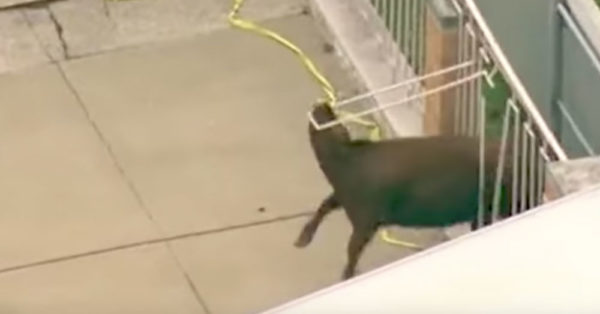 At a farm in St. Louis, Missouri, a cow named Chico and his five brothers are finally getting to experience the freedom of fresh air outside the slaughterhouse. 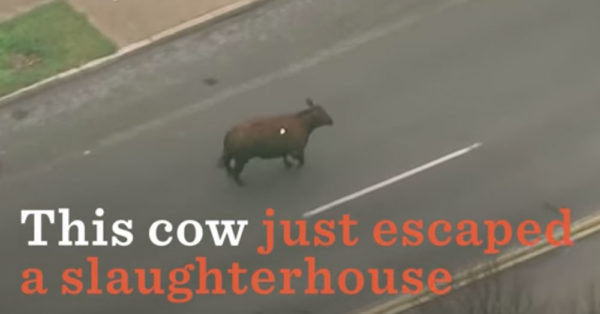 After this brave bovine made his way through a fence and felt what life was like on the other side, Chico called his siblings along for a flight of fancy through the city. They left no sight unseen and even garnered their own hashtag on social media, #StLouisSix. 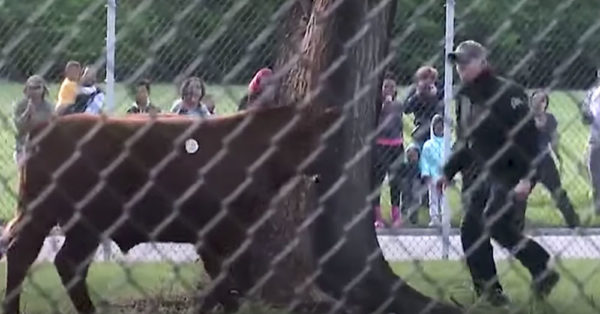 Police officers eventually contained the cattle and returned them to their owner, but not before the six cows caught the attention of the Gentle Barn, which stepped in to liberate the team once more. 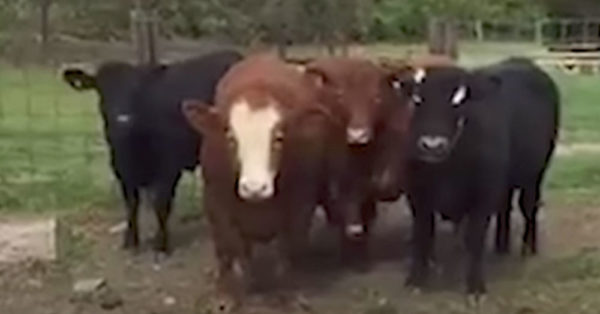 Chico and his family are now safe and sound on the Gentle Barn sanctuary. Watch how they’re learning how to trust humans again in the video below!

These cows are free to roam, safe from slaughter. Thousands of miles away in the Faroe Islands, however, it’s not the cows that are facing slaughter, but whales. The annual grindadráp hunt is approaching, and over 800 pilot whales and dolphins are expected to be killed. Click the link below to read more!