We do a lot of funny things with our pets. They are usually such great sports as well, letting us dress them up in all kinds of ridiculous outfits just for a photo op. One little chicken named Sparkle was no exception. The patient chicken let its owner dress it up in the silliest getup possible – and we can’t stop laughing.

Sparkle the chicken has gone viral thanks to a picture of the bird wearing fake ‘chicken arms.’ If that isn’t funny enough, the plastic chicken arms were muscled so it looked as though the bird had a love for pumping iron. The bird’s unusual claim to fame began when Sparkle received the chicken arms in the mail. 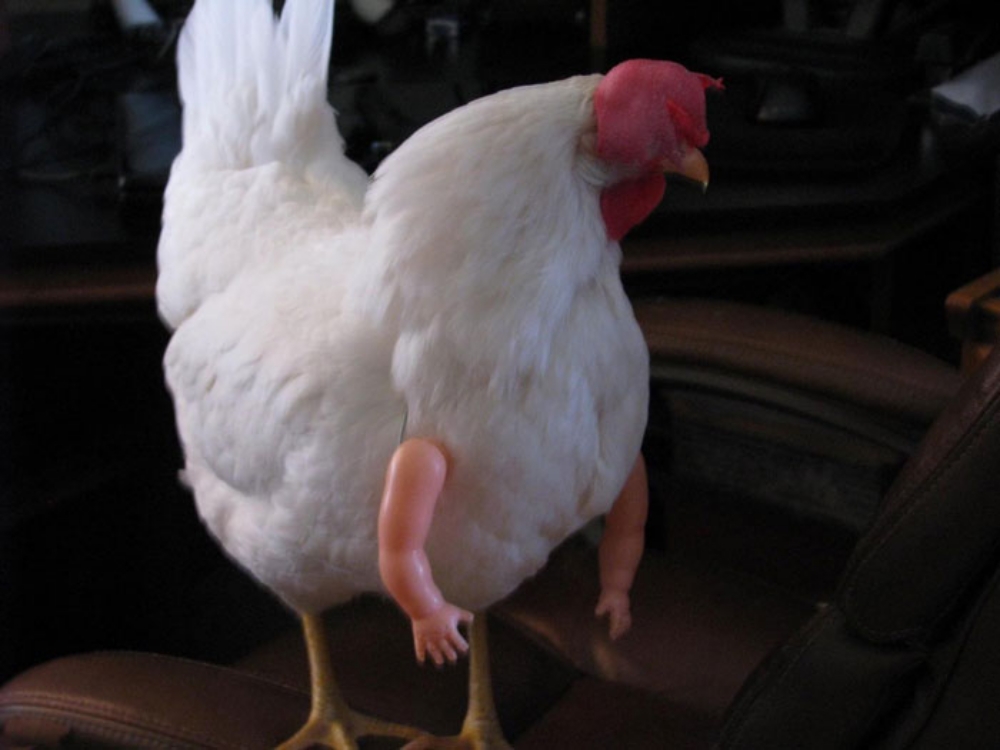 As Shell Critter, Sparkle’s owner, shared with Bored Panda, the package arrived courtesy of a Facebook friend. The chicken arms were sent and signed off as from “Uncle Brian.” Additionally, the chicken arms were accompanied by a letter warning the chicken to stay clear of red and white buckets, as well as anything that has the word “nugget.” 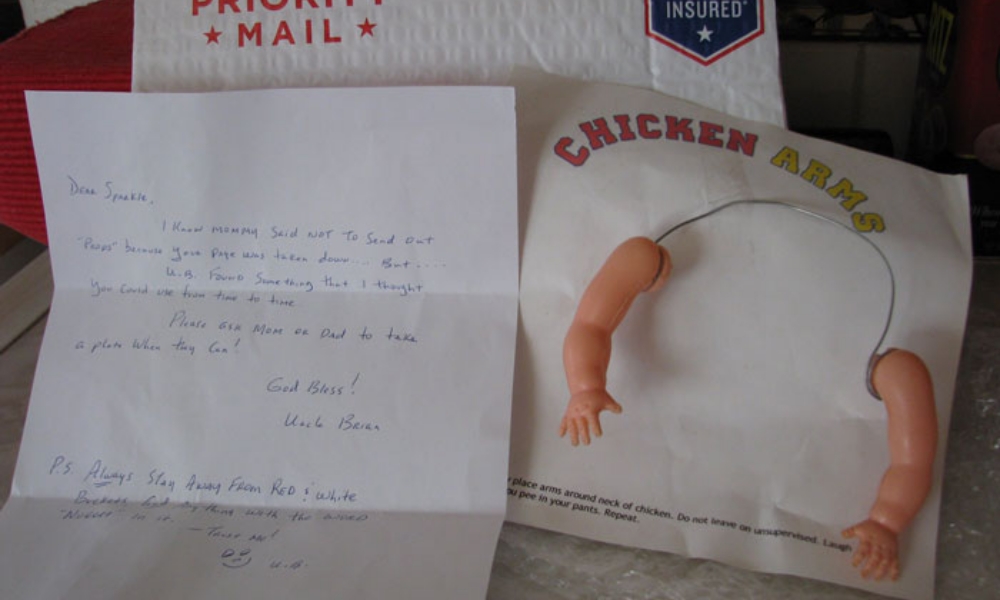 With your pet bird receives chicken arms in the mail, it’s impossible to not take pictures. And that is exactly what Shell did. Given how hilarious the pictures turned, we’re so glad. Sparkle wears her chicken arms well!

The owner had lots of fun dressing Sparkle up in the fake chicken arms. It didn’t take long for the pictures to begin trending on Facebook. The chicken arms picture quickly received 5k likes and got shared more than 34k times. And we can understand why – it’s hilarious!

Who Gets To Wear The Chicken Arms Next? 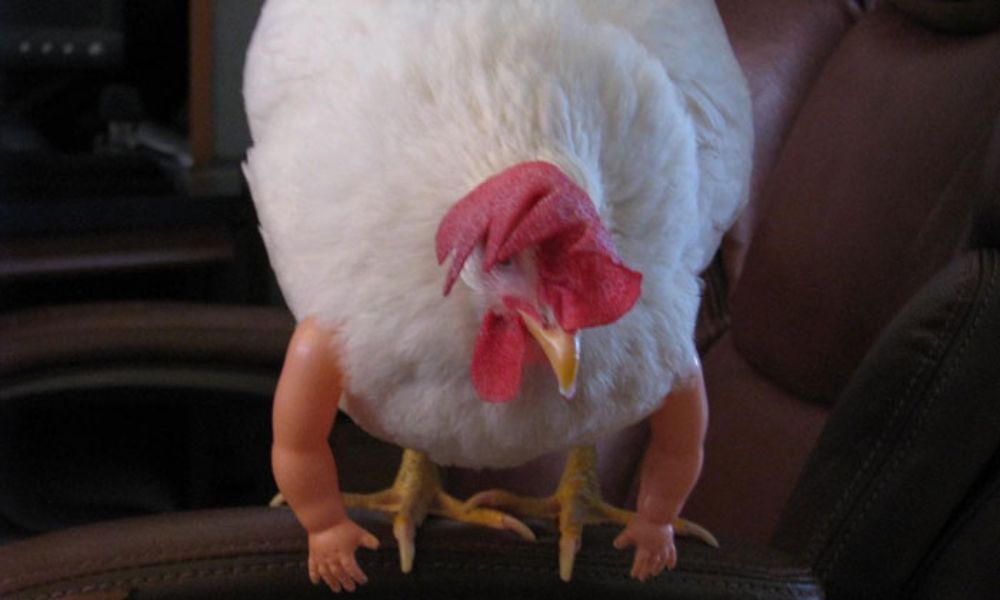 Shell is no stranger to pets and the fun that you can have with them as she is the proud owner of more than 50 pets! Besides Sparkle, she’s also got 35 rescue birds, 8 dogs, 9 cats, 2 goats, and a rooster named Apple. In addition to dressing her pets up in chicken arms and other fun costumes, Sparkle’s owner is clearly a big fan of animal rescue!

Regarding Sparkle, Shell explained that the chicken is a white leghorn. She got the chicken when Sparkle was only 3 days old.

What Do You Think Of Sparkle’s Chicken Arms?