Chicago Group Rolls Out Weather-Proof Shelters To Save 200,000 Feral Cats From Polar Vortex

Few places have been affected by the ongoing polar vortex like Chicago, where the central river is frozen and icy rail road tracks are being re-heated with flames. Naturally, such extreme cold had led to a growing concern for those forced to winter this Antarctic weather outdoors, which includes Chicago’s estimated 200,000 feral cats.

Fortunately, one community group has taken the initiative by organizing a community-wide effort to build weather-proof cat shelters. 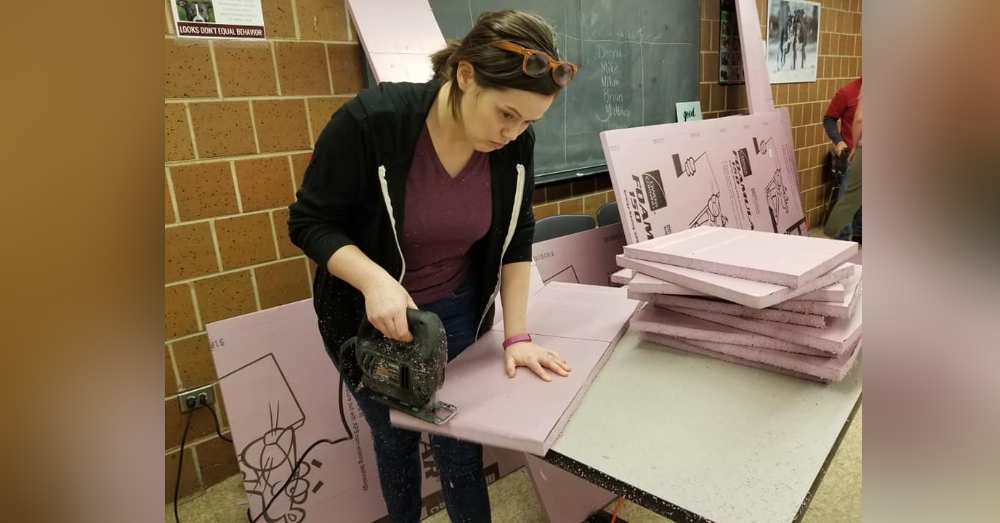 These DIY shelters are essentially large plastic tubs lined with Styrofoam walls and a thick bed of straw. The tubs are accessed by a 5 ½ diameter hole, which is big enough for a cat, but not much else, to wiggle its way inside.

According to Chicago Community Cats, the local group organizing this life-saving effort, 200 people have been working non-stop to build these shelters in advance of Chicago’s deep freeze. The final products which also include heated water bowls, canned food, and heating pads, will be placed around town to help homeless cats survive this once-in-a-generation weather event. 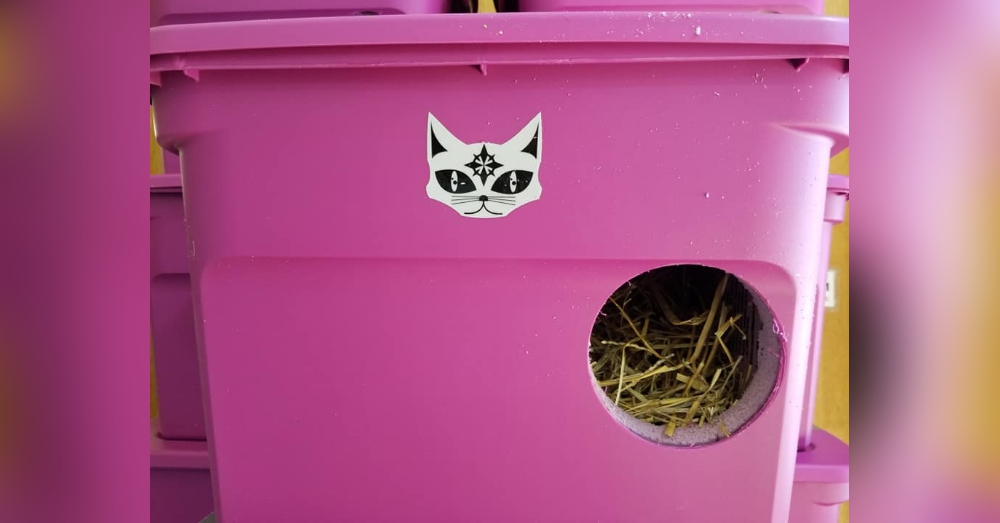 Chicago Community Cats is led by Erica Roewade, a trap-neuter-return activist and former Community Cats program coordinator at PAWS Chicago and Tree House, told TMZ that the group’s primary goal was to keep the wind chill off of the animals, especially now that it’s dipped into sub-zero temperatures. That’s also why the portable shelters are stuffed with straw, which doesn’t freeze like clothing and regular fabrics, bringing the water and weather inside. 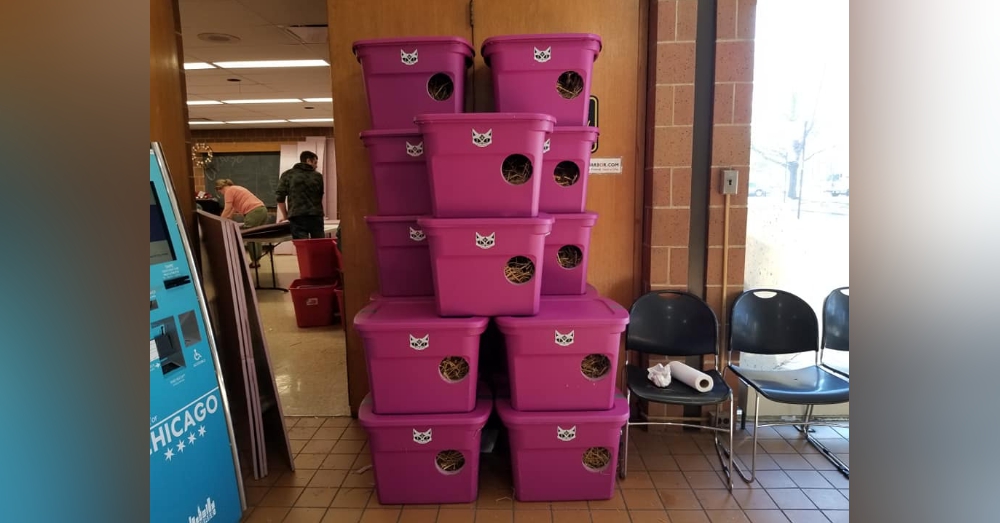 You can support this important work by donating to CCC’s GoFundMe page, which was set up to support this project and other life-saving efforts, including the group’s core mission of trap-neuter-return. And — if you’re feeling really inspired — these temporary cat shelters are easy to make at home; check out our handy how-to guide here. It’s never been a better time to be a good neighbor! 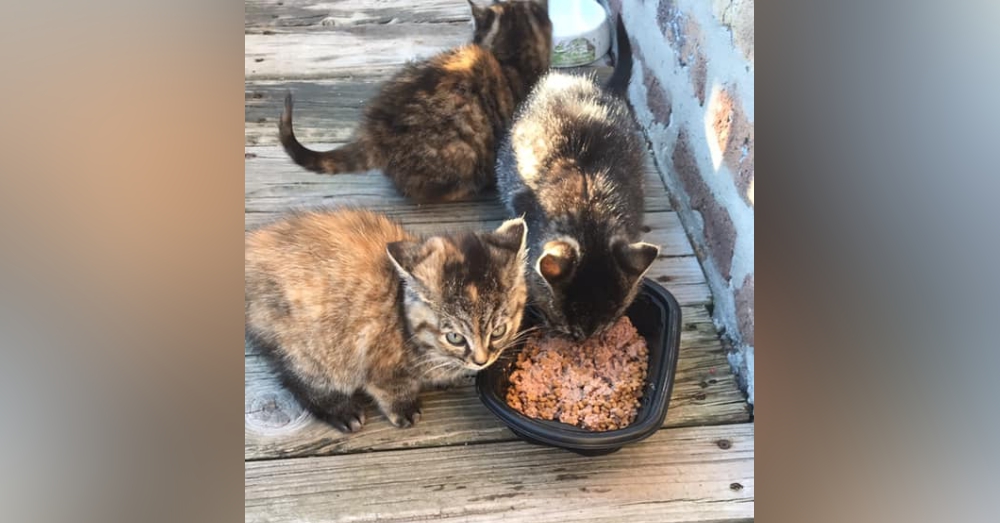