A therapy dog named Chester has changed the life of a little boy with autism who used to be nonverbal.

The whole family (including Chester) went on the British talk show This Morning to chat with Holly and Phillip about the powerful impact Chester has had on them.

Alex Duthie, now seven years old, was diagnosed with autism at age four. But his parents, Anna and Adrian, noticed the signs much sooner than that. 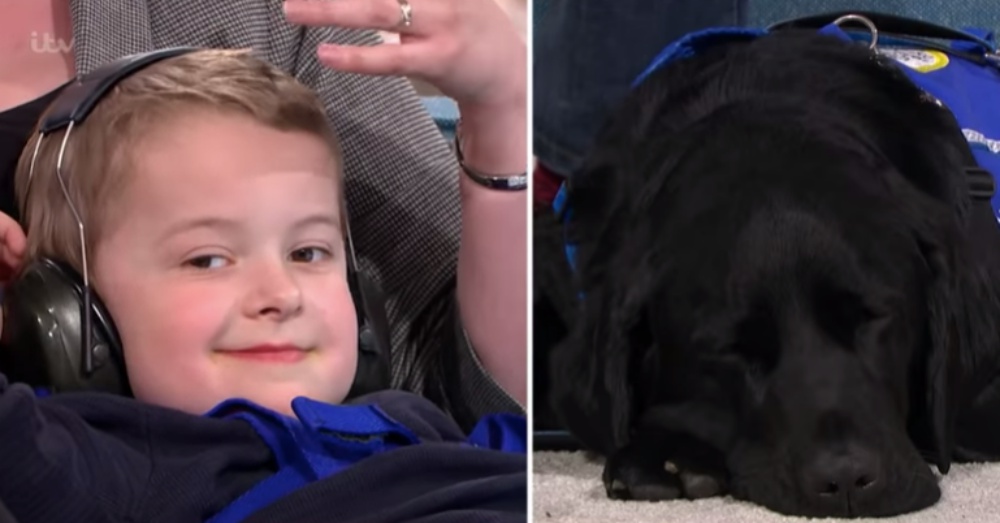 Alex developed normally until he was about 8 or 9 months old; but then he stopped eating and sleeping, and any speech he had fell away. Then on his first birthday, his parents saw some pretty clear differences between him and the other children his age.

Alex was officially assessed and diagnosed at age four. The process of getting an autism diagnosis can take a long time — something many autism families know all too well. Finally getting the diagnosis gave his parents a sense of relief that his differences were being acknowledged. It also made them concerned about what the future would be like for Alex.

Alex has sensory processing disorder (SPD) and struggles with debilitating anxiety. Bright lights, loud sounds, and even the breeze on his skin can deeply affect him. His sensory sensitivities may trigger a meltdown or a shutdown — neither of which he can control. 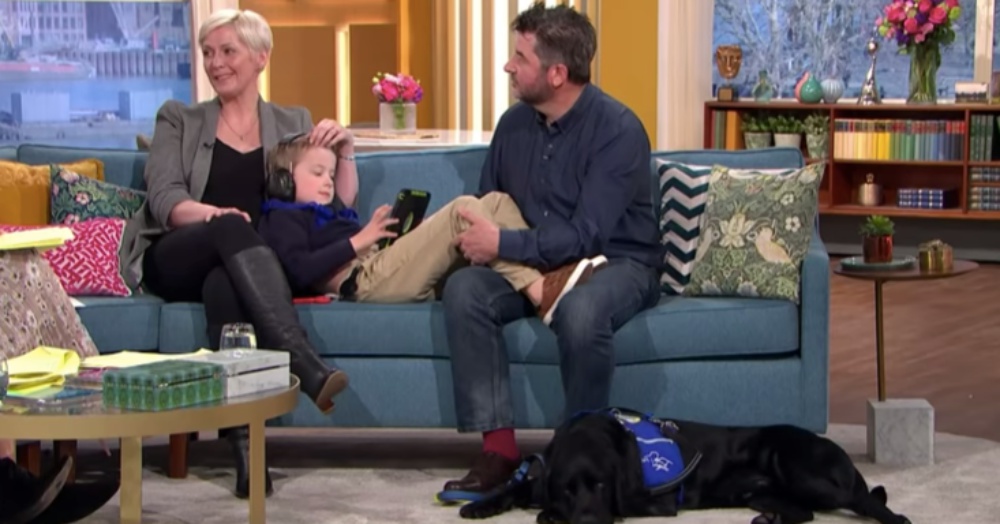 On top of that, Alex is drawn to the water (like many on the spectrum are) as well as movement. So going out in public and being among fast-moving trains and cars or near the water can be really dangerous for him.

His sensory triggers and anxiety used to be so bad that his parents found it hard for them to even leave the house. It was especially difficult when Adrian was away for work. If Alex and his mom did leave, his mom was constantly pulling Alex back from danger, while Alex was constantly overwhelmed or being stopped from doing things he wanted to do (like run toward danger).

It was a situation that was stressful for everyone, Anna said during the interview, emphasizing that it “was frightening for the parent but uncomfortable for the child as well.” 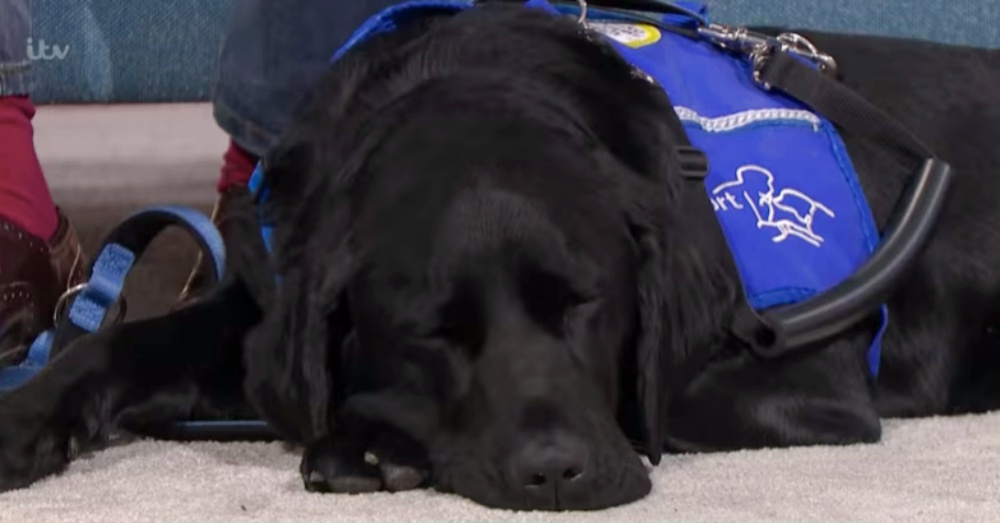 Then, in 2017, everything changed: they got Chester from Support Dogs in Sheffield, UK.

Support Dogs trains their dogs using only positive, reward-based techniques. One of the many fantastic things about them is that they recruit a lot of their support dogs from rescues and pounds. By seeking out and training these types of dogs, they end up not only helping children who need the assistance and support, but they also help improve the dogs’ quality of life.

Their website states: “We feel there are many dogs that are without loving homes, but have huge potential to become support dogs. We are champions for dogs who need a second chance.”

It took a few months of being on a waiting list for Chester and Alex to be matched up, but once they were, it was clear they were a great fit for each other. Their personalities are well-suited to each other and they coexist beautifully at their house. 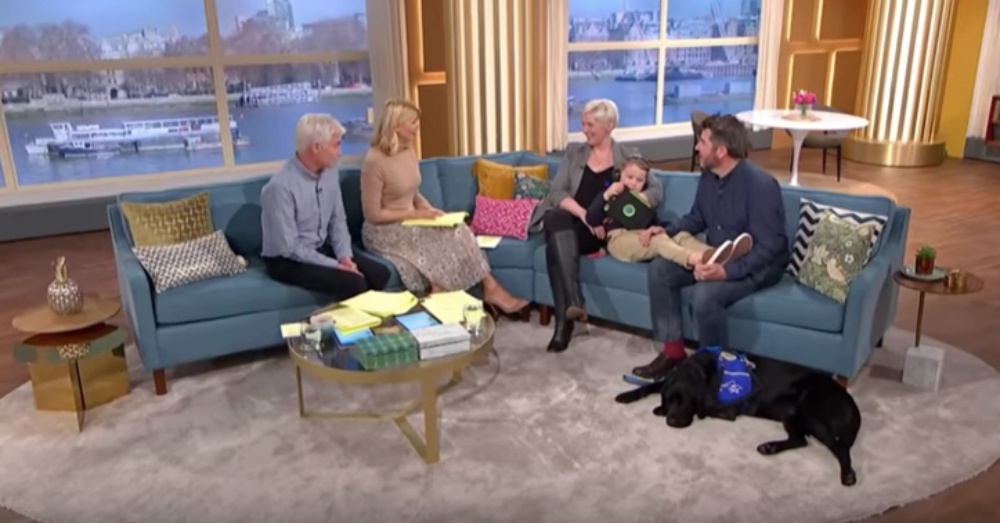 Chester has been professionally trained to reduce the stress in Alex’s life and keep him safe by stopping him from doing things like running into the street. Both he and Alex have special jackets they wear out in public.

In addition to keeping Alex safe, Chester has helped Alex learn to speak.

One day when they were playing on a trampoline together, Chester decided he was done bouncing and started to get off of it. Not wanting to stop the fun just yet, Alex shouted out his name.

It shocked and delighted his parents. 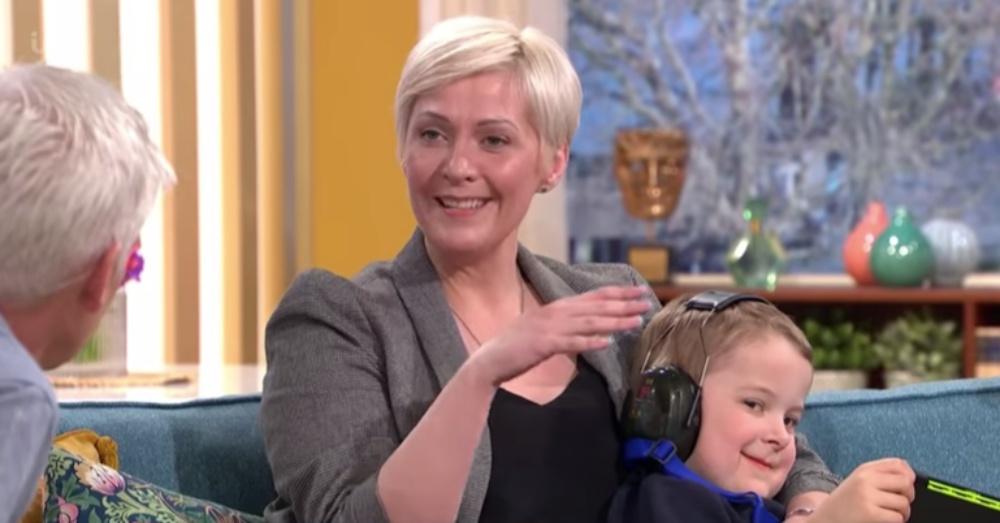 Chester’s presence has also made it more clear to others when they’re out in public that Alex has special needs and isn’t just acting out.

“Autism is a condition which isn’t visible, so Chester makes people realize Alex needs extra help,” Adrian said. “People are more supportive or give more space. Chester looks after both Alex and his mum.”

Learn more about this lovely family by watching this video.