Cheetahs may look like fearsomely fast creatures capable of ripping you to shreds, but in reality, these beautiful animals are actually quite shy, sensitive, and introverted. And they are very prone to anxiety.

This anxiety is worrisome for the leading experts on cheetahs because if cheetahs become too stressed, they are unable to breed – and their numbers in the wild are already dwindling to the point of extinction. 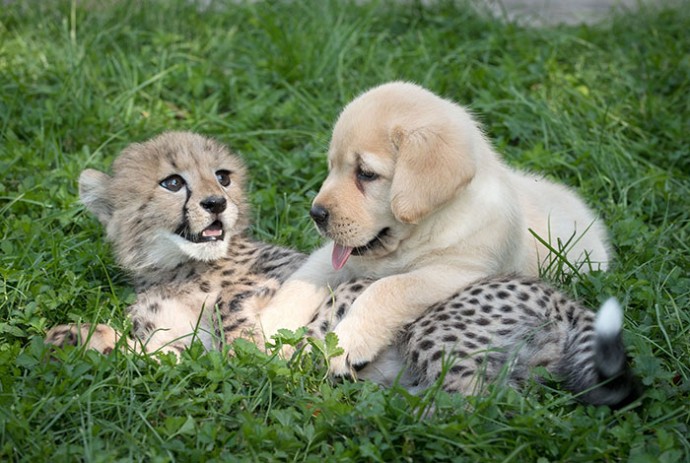 In order to prevent their extinction, zookeepers at the Columbus Zoo paired each cheetah with their own emotional support dog. The goal is to have the dog’s calm, happy-go-lucky, and relaxed personality rub off on these anxious felines. In addition, they want the cheetahs to learn how to playfully relax. 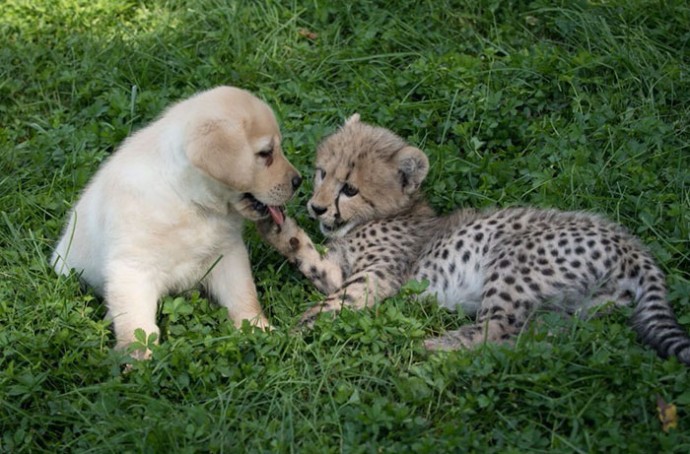 This isn’t the first time this has happened, as the San Diego Zoo Safari Park has been giving cheetahs emotional support animals since the 1980s. However, in previous times it was only done in special circumstances. However, today, dogs are being used more frequently to assist in the preservation efforts of the cheetah species. 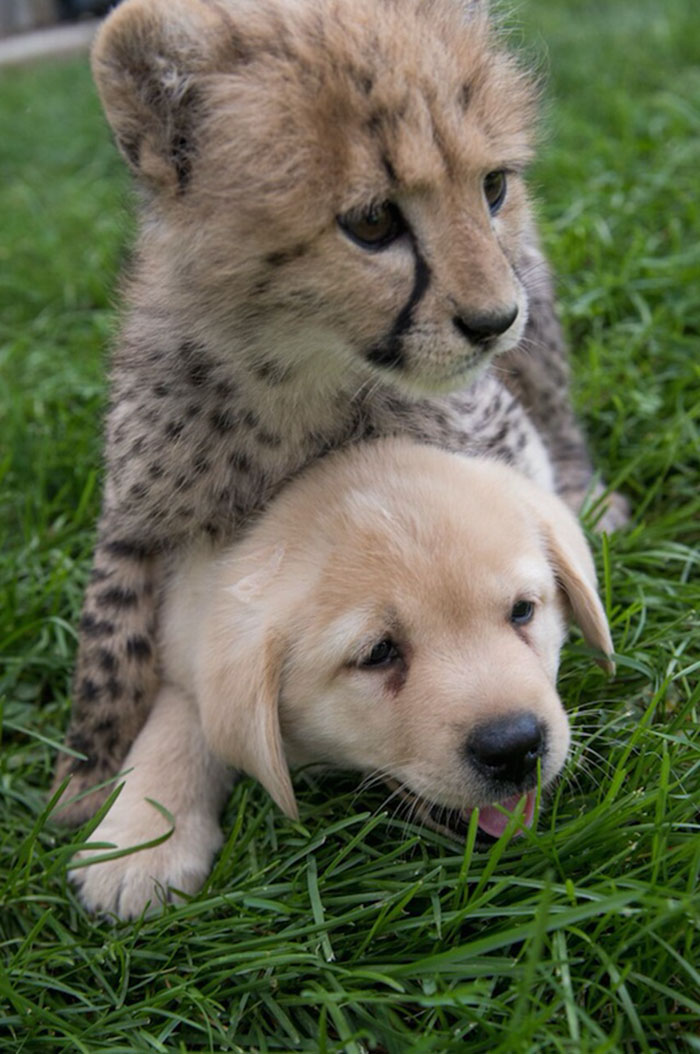 According to the San Diego Zoo, cheetah cubs get assigned a companion when they are three to four months old. At first, the cheetahs are introduced to their canine companion from opposite sides of a fence. During this time, the dogs are with a handler and kept on a leash.

If the zookeepers see a potential pairing, they will let the two animals go on a “play date” in order to familiarize themselves with one another. This is always a slow process, particularly for the cheetahs who may feel uneasy. 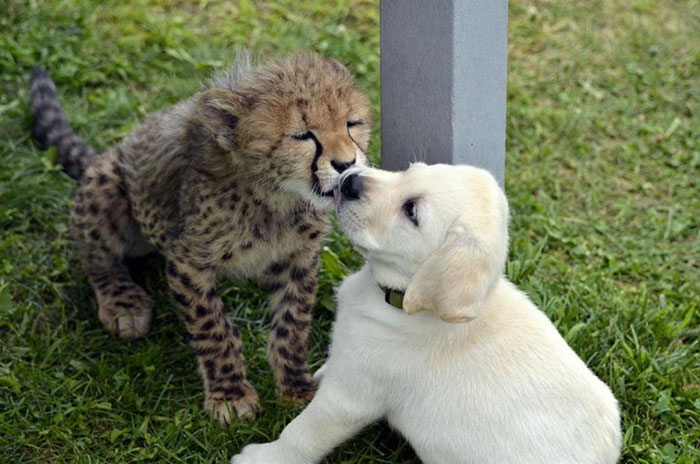 If all goes well during the meeting, the handlers will continue to observe them before determining when they can let the dog off the leash. If this decision is made, they can be moved into a space where they’ll spend lots of time together. 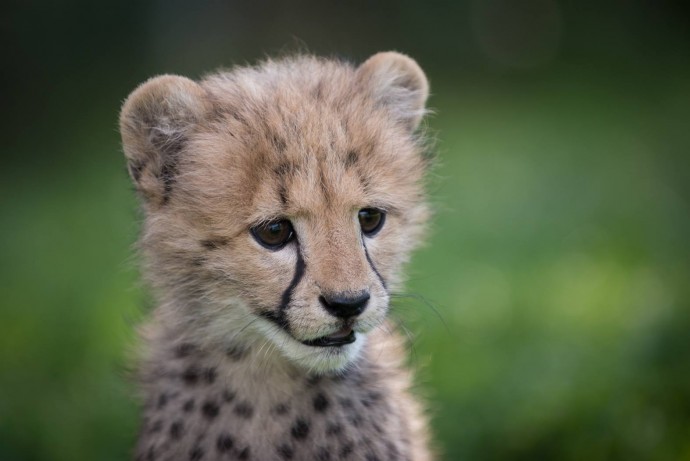 At this point, the cheetahs and their emotional support dogs will only really be separated at mealtime and will do most of their other activities together. 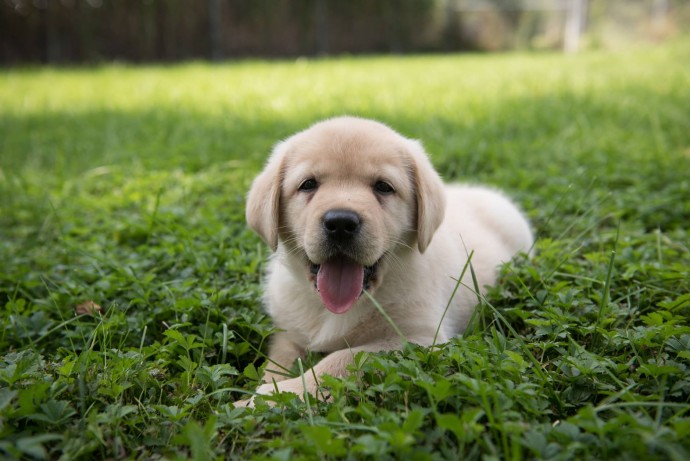 The use of emotional support animals with cheetahs has proved to be quite beneficial. In many cases, the cheetah cubs have shown signs of mimicking their canine companion’s confident and playful nature. This is providing hope that as they mature, these relaxed cheetahs will be able to breed more in the future. 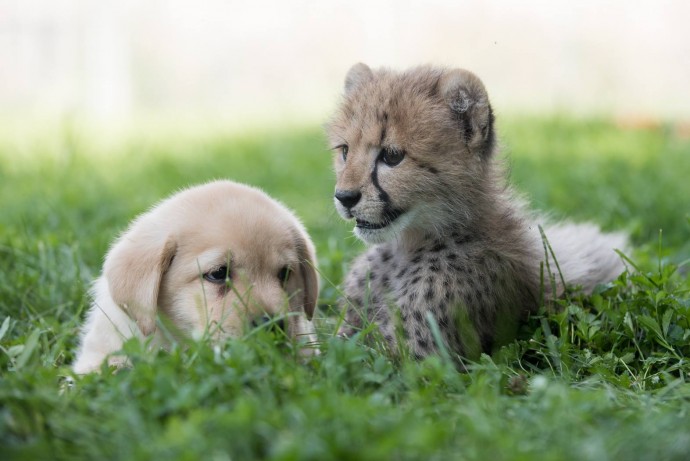