A family was taking in the scenery on a safari in Serengeti National Park, Tanzania, when a wild animal decided to get up close and personal.

The family was watching a pair of cheetahs in a field when one of the wild cats decided to leap on the safari vehicle. It gracefully jumped on the hood and then proceeded to the roof. The open sunroof allowed the cheetah to peer down into the vehicle. 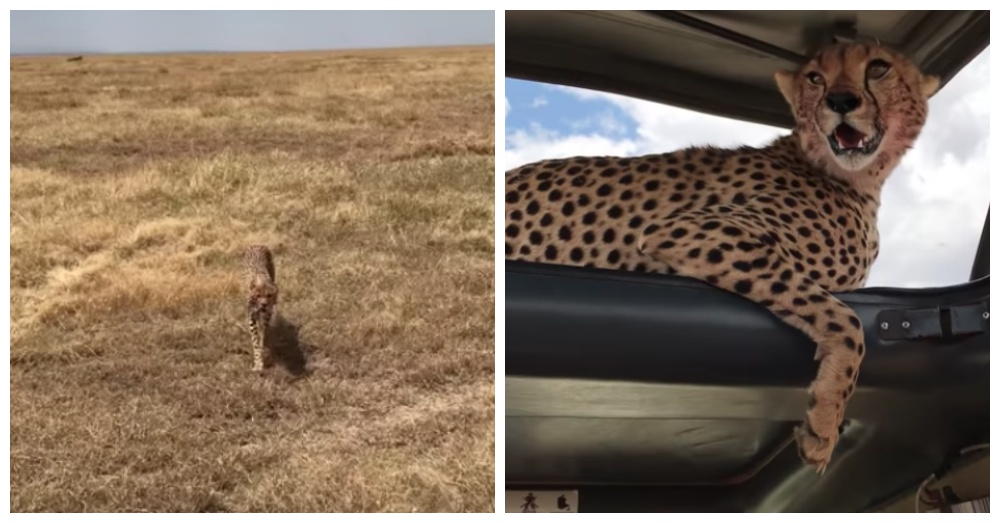 The guide told the family, “Don’t worry, don’t worry…take a photo.” A video captured by a young girl in the vehicle showed the guide getting out of his seat to inspect the situation. The cheetah decided to take a break from the sun and cool off under the shade of the sunroof. The panting cat flopped down and drooped his paw inside the vehicle. 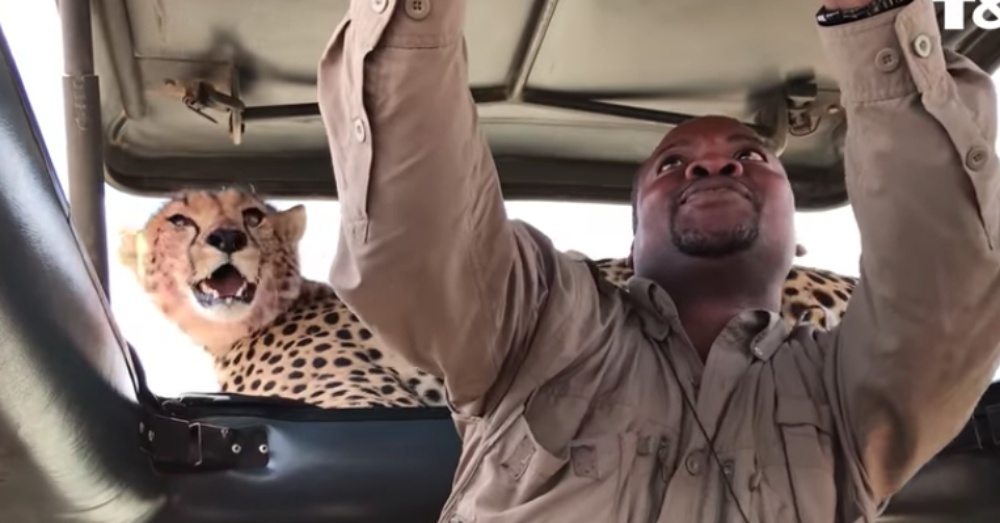 Instantly, everyone grabbed their phones and started taking pictures and videos of the stunning wild cat. The guide states, “This is a very rare photo. I am telling you the truth.” At first, the family was frightened but was reassured by the guide that the cheetah just ate and was just looking for a place to cool off. The blood smeared on the cheetah’s face was proof that it just finished a meal. 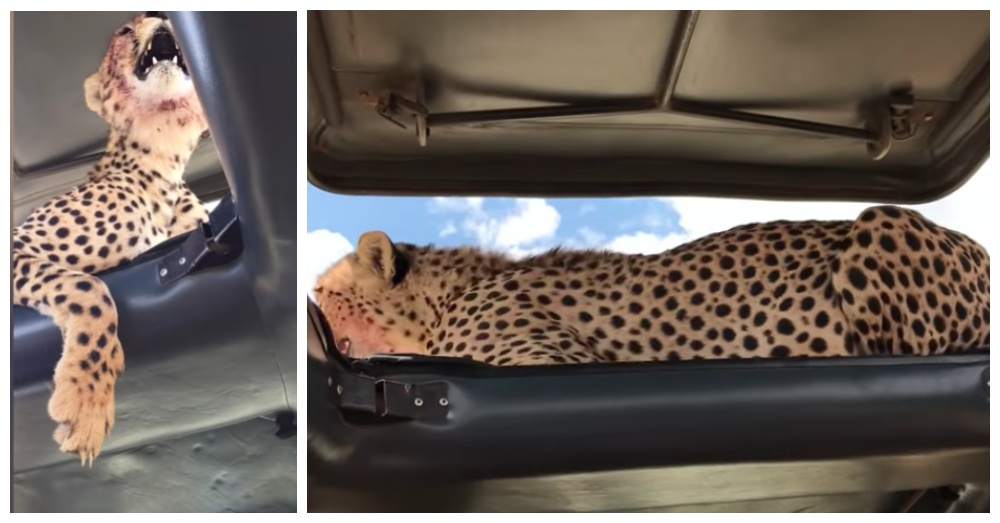 Still, everyone remained in their seats to observe the cheetah from afar. Thirteen-year-old Leilani mustered up some courage or insanity and stood up to have a “selfie” with the cheetah. The wild cat was hot and after resting for a few minutes, continued on his way. 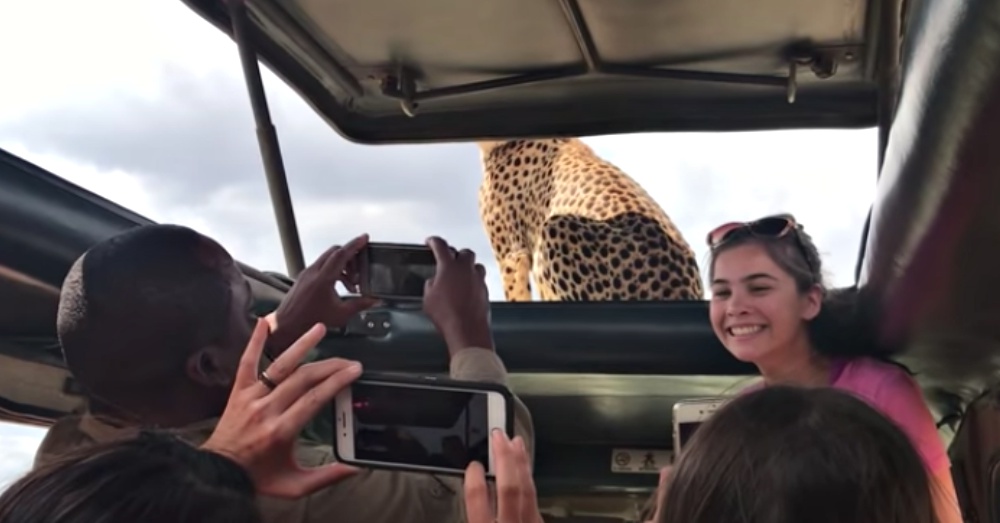 The family was in shock at what they just witnessed. “Did you see how big his claws were,” stated one man. It just shows when you enter their domain, anything can happen. Check out the video below to see the once in a lifetime experience.

A Mountain Lion Just Broke Into This Home And Killed A Beloved Family Cat: Click “Next” below!