Cheetahs are the fastest land mammals in the world, but are also good swimmers. However, cheetahs are not big fans of water and will only swim when necessary.

Two photographers were in the right place at the right time to capture stunning photographs of cheetahs in Africa. Photographers, Buddhilini De Soyza and Arnfinn Johansen, happened to be on opposite sides of the Talek River in the Masai Mara Reserve, in Kenya when they spotted five cheetah brothers on the bank. 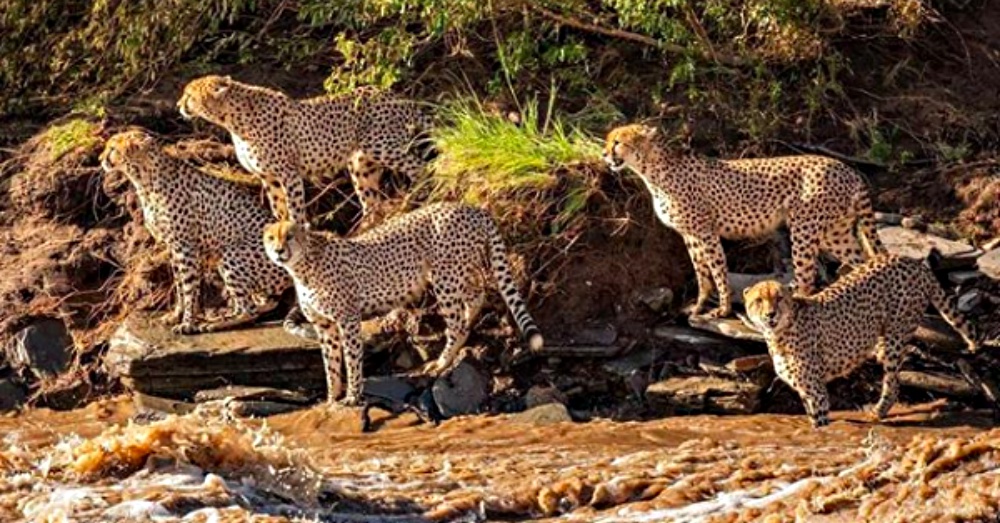 The five male cheetah coalition is famous and known as Tano Bora or Fast Five. Wildlife experts believe the group is made up of two sets of brothers, one group of three and a separate pair. The Fast Five have hunted and lived together for years but will split up to mate.

The three large cheetahs leaped into the raging water first and began to swim to the other side. The remaining two cheetahs hesitated on joining their brothers in the river, but eventually took the plunge. Thankfully, the photographers had cameras in hand and captured the tense crossing from start to finish. 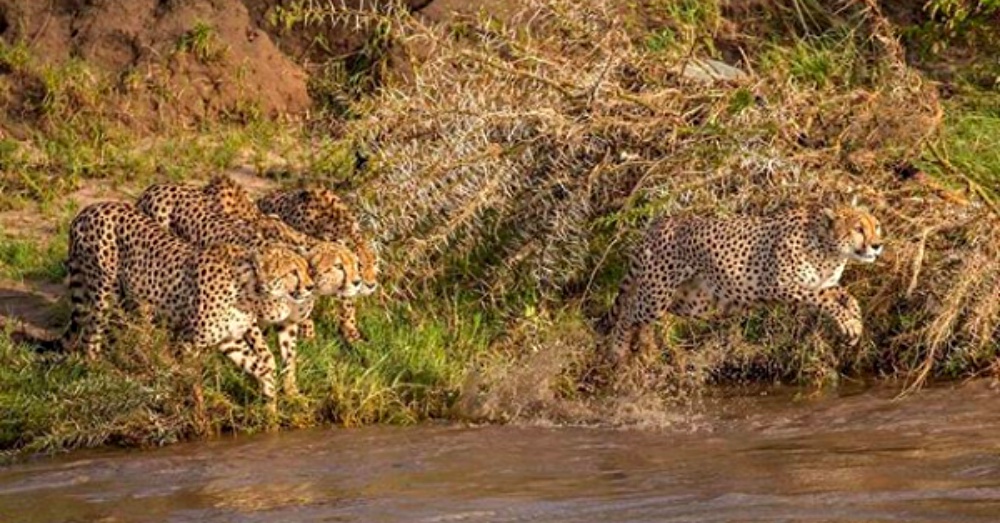 Buddhilini captured a perfect photo that showed the cheetahs’ grimacing faces as they maneuvered through the strong current. Arnfinn took a stunning profile shot of the big cats swimming in the river.

The cheetahs faced multiple dangers when they leapt into the river. Aside from the high current, the river is home to crocodiles – but thankfully they all made it across safely. 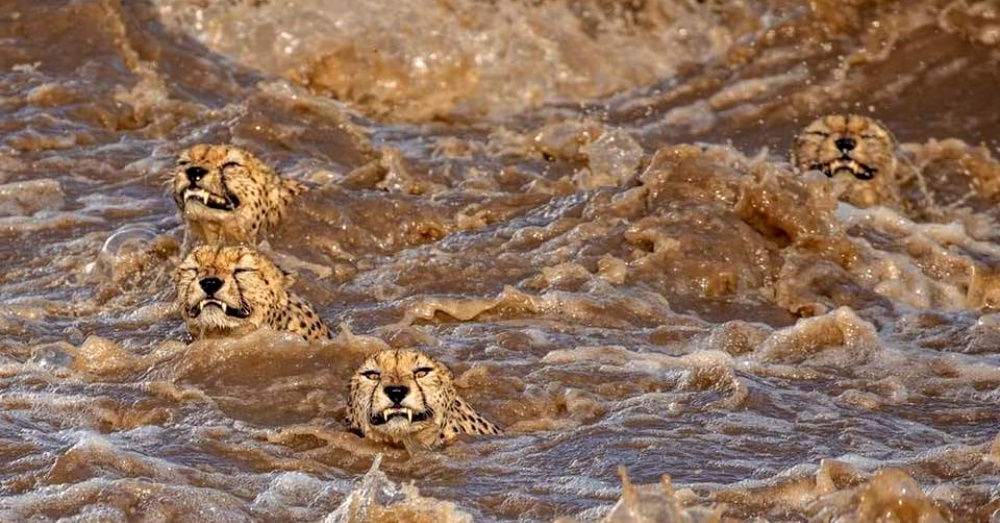 African Safari Group posted the pictures with the caption, “Five Cheetah Brothers decided to cross a river in Maasai Mara. Don’t Worry, they all made it!” 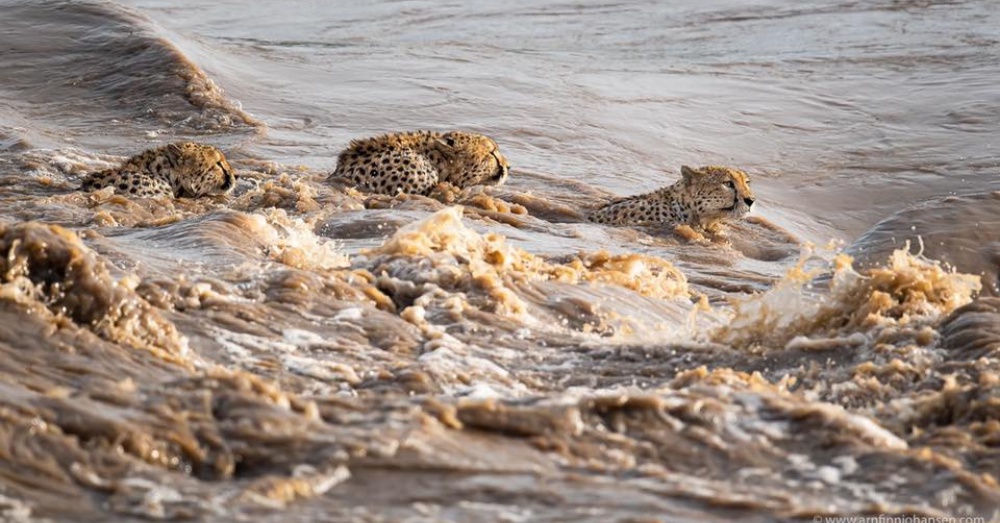 The rare photos proving that cheetahs are great swimmers instantly went viral. One person commented, “It must have been a very large motivational factor to drive them to venture into the water, since they’re generally terrified of encounters with Crocodiles … I’d guess it was a shortage of food or pursuit of a mate!”

Another wrote, “So glad they made it!”

Cheetah Leaps Onto Safari Vehicle And Frightens Family When It Peers In The Sunroof: Click “Next” below!