Sick Newborn Lamb Was Posted In An Ad Online, Then He Met His Soulmate Who Helped Him Heal

This little lamb, named Charlie, lost his mom after he was born. After his mother died, his owner didn’t want him anymore and posted an ad for him online when he was just two days old.

Luckily, Happy Tails Farm Sanctuary saw the ad and knew they had to help him right away. They contacted the farmer and begged him to allow Charlie to come live at their sanctuary. But the farmer refused. Happy Tails explained that many farms shun sanctuaries because they expose the dark side of the animal agricultural industry. 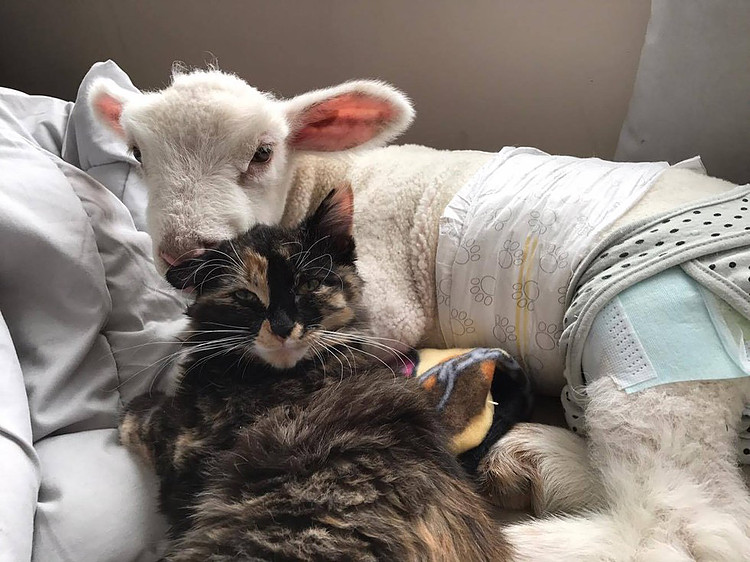 But as they saw more photos of Charlie, they knew he was in dire need of help. A few of the sanctuary’s friends banded together to save this poor little lamb.

When they brought him to the sanctuary, he was in terrible shape. He had scours, which is extreme diarrhea that kills many lambs. Since he lost his mother at birth, he did not received colostrum which is crucial for newborn lambs to get the nutrients they need. He also had respiratory illness. And to make matters worse, the farmer improperly banded his tail and testicles, so he needed surgery to fix it. 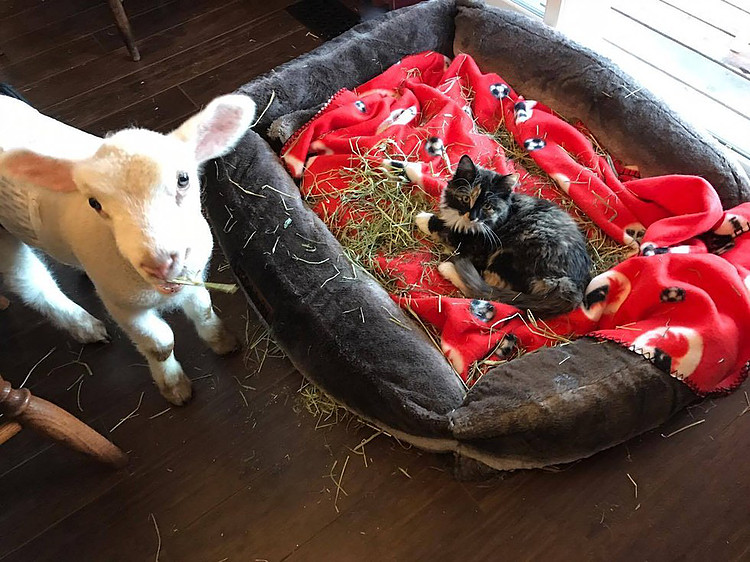 Thankfully, the staff at the sanctuary did such a great job of taking care of him and nursed him back to health. Today, he is a happy and healthy little lamb!

When Charlie arrived at the sanctuary, he met his new best friend: a rescue kitten named Dora. Dora was found as a stray in the cold weather and was brought in by the sanctuary. Dora greeted Charlie and comforted him and stayed by his side while he recovered. The two of them grew from acquaintances to absolutely inseparable. Where there is one, there is always the other. 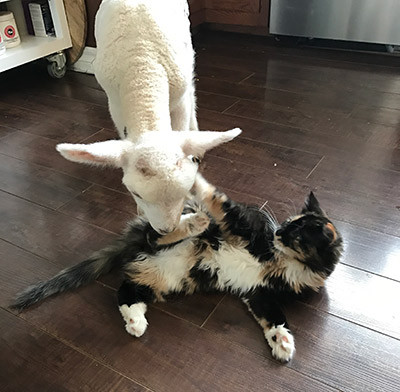 A lamb and a cat are an unusual duo, but it just shows that friendship and love knows no species! Click here to follow Happy Tails Farm Sanctuary on Facebook. Watch these two adorable best friends in the video below: