When we think of tributes to beloved pets who have passed on, we normally think of the Instagram tribute posts or perhaps someone getting a tattoo of their departed pet. But Channing Tatum is taking his tribute to his beloved Lulu to the next level by creating a whole entire movie about their relationship. Tatum is set to star in the film alongside a Belgian Malinois who will be playing the role of Lulu – his beloved dog who passed away. If you’re worried that it’ll be a difficult watch, there is no need to be concerned since the movie is going to be a comedy.

Both the 39-year-old actor and his ex-wife Jenna Dewan split the same year that Lulu passed away: 2018. Both Tatum and Dewan were equally saddened by the loss, with Dewan posting a tribute to the late Lulu on her Instagram page. 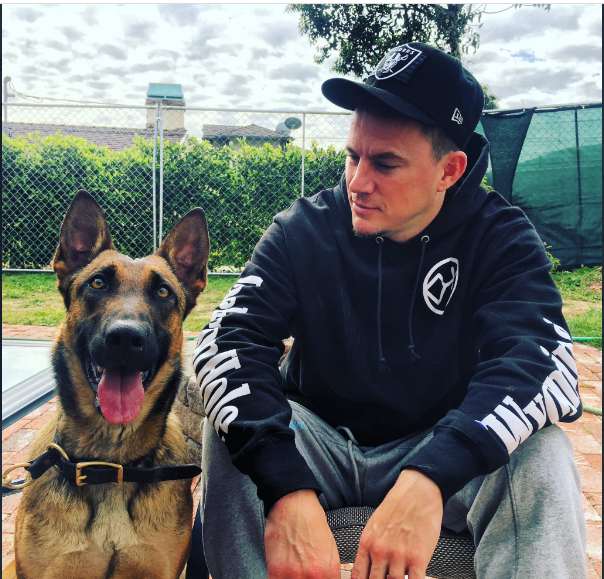 Her caption reads, “To our sweet and fierce Lulu…thank you for being the best dog in the entire world and for fighting cancer for as long as you did. Thank you for your tireless love, protection, and humor. Thank you for the adventures. Heartbroken doesn’t even come close to how it feels. But you will live on forever in our hearts and our memories…fly sweet angel.”

Following the loss of Lulu, Reid Carolin, who is also Tatum’s media partner, began to work on the film script. Tatum is set to co-direct the movie. The whole plot of the film will be based on what Carolin wrote, as well as Brett Rodriguez.

Several of the big-name studios entered a bidding war for the movie, with MGM coming out on top with the North American rights to the movie. The release date will be scheduled for Valentine’s weekend, 2021.

Sharing the good news, Tatum went on Twitter to post all about it. He included some stills from a real-life road trip that he’d taken with the real Lulu. It was the basis of inspiration for the movie.

His tweet reads, “A little over a year ago I got back from a road trip where I said goodbye to my best friend. Now I’m making a movie inspired by her. So proud to announce that DOG will be released by @MGM_Studios and in theaters next Valentine’s Day weekend.”

A little over a year ago I got back from a road trip where I said goodbye to my best friend. Now I’m making a movie inspired by her. So proud to announce that DOG will be released by @MGM_Studios and in theaters next Valentine’s Day weekend. pic.twitter.com/JXDqEy85JZ

Tatum has worked with MGM before since the studio released both “21 Jump Street” and “22 Jump Street.” The synopsis of the movie is going to about a road trip taken by Army Rangers Briggs – played by Tatum – and his dog Lulu, as they make their way to a funeral for a friend of Briggs.

Since it’s going to be a comedy, we can only imagine that it’ll be a feel-good movie that a lot of couples will be wanting to see for their Valentine’s date night in 2021.