Laura Seymour, from Virginia, noticed a large black and white dog chained to a tree and went closer to investigate. She was a little nervous to approach the large dog, but when the dog started to wag her tail Seymour knew she was friendly.

Looking around the area, Seymour noticed the dog’s food bowl was empty and thought no one lived at the home. She called animal control to report the case, but was disappointed when they said that someone did live in the home and the current conditions were adequate. 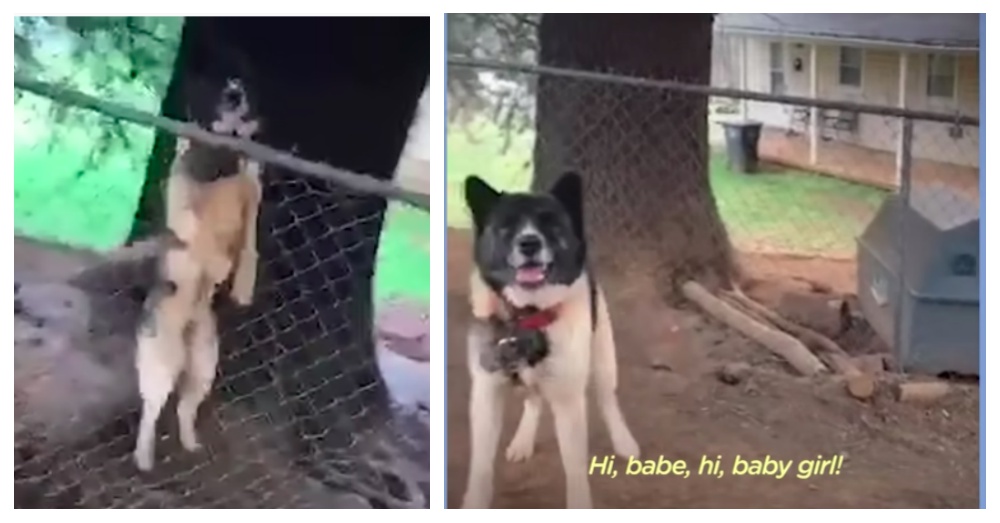 “As long as they have a doghouse, and they have adequate food and water then it’s OK,”

Seymour named the friendly dog Takia and told animal control that she was going to feed the dog because the owner wasn’t. She visited the Akita three times a week to fill her food bowl and make sure she had water. 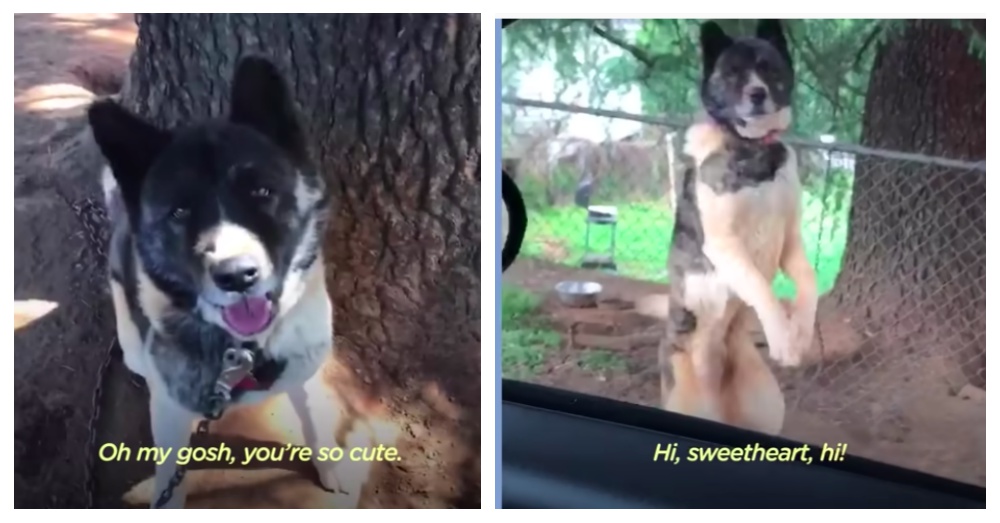 For an entire year, Seymour visited Takia and they became very bonded. Takia would literally jump for joy when she saw Seymour and would greet her with kisses.

Takia dug a hole in the mud to use as a bed. It broke Seymour’s heart to know that the sweet dog slept outside in the mud 24/7. She told 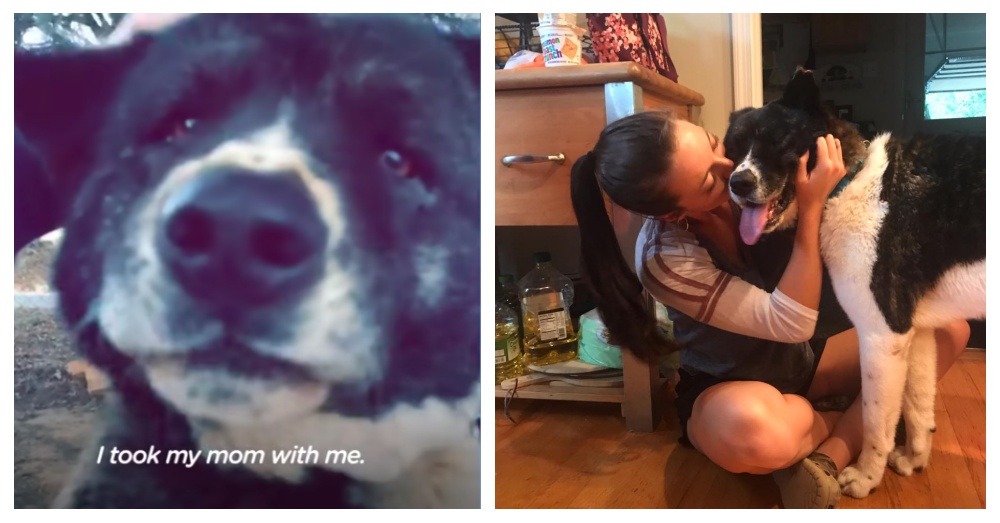 Seymour became worried when summer arrived that Takia would overheat in the sun. She brought her mom to see the dog and she urged her to try calling animal control one more time. She contacted animal control again to express her concerns and was elated when they said that they were forcing the owner to surrender the dog.

She immediately offered to adopt her and said “I promise I’ll take her.” After being chained up for so long Takia went bonkers when she was finally able to run free. 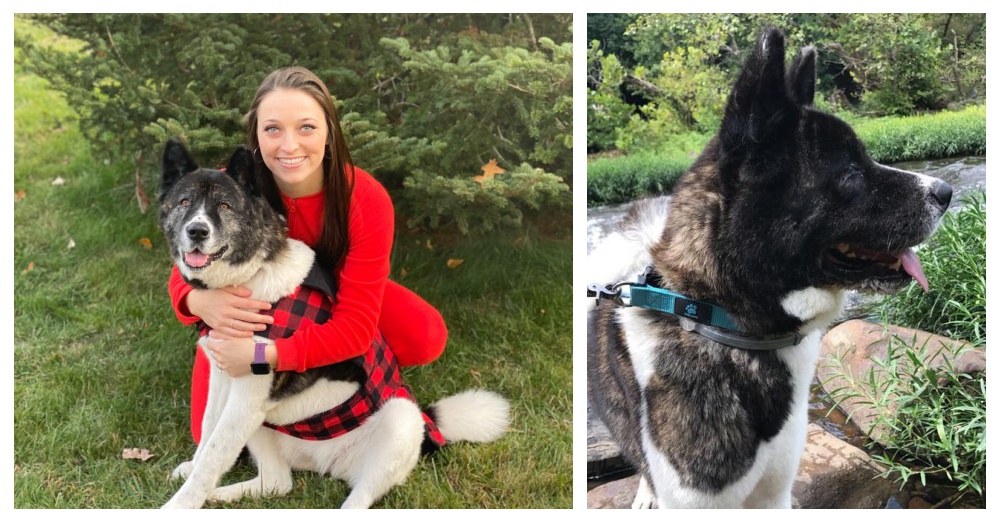 “As soon as I found out she was five I was like, that’s awesome, yay, I got so much time with her, but then again, I can’t believe she went through sleeping outside 24-7 and in the mud,” Seymour said.

Takia now sleeps in a soft bed each night and will never have to worry about food or shelter again. She is adored by her mom and the pair do everything together. “There’s just something about her. I got super lucky, I really did.”

Watch the full story in the video below.