Laura and Takia first met the day Laura drove by a house that had dog chained up in the backyard. Concerned, the dog-lover Laura went out to investigate the circumstances, and in the process, made a new buddy.

When Laura neared the fence, she wasn’t sure how the big Akita dog was going to react. Much to her surprise, there was no animosity – in fact, the dog seemed thrilled to have a visitor and immediately began wagging her tail and giving Laura lots of kisses. While the pair said their hellos, Laura surveyed the bleakness of the dog’s living situation. 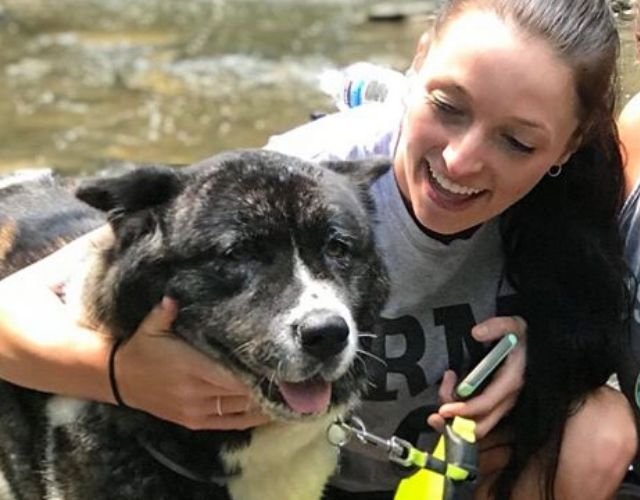 It was obvious that Takia was neglected since her fur was all dirty and caked with mud, plus she’d clearly had to dig herself a makeshift bed, which was really just a hole in the ground. She’d been given two bowls, but they were both empty and there was no telling when they’d last been filled with food and water, leaving Laura to worry about her access to fresh food and water.

Soon, Laura’s visits to check on Takia became multiple times throughout the week in order to provide her with adequate food and water. Over the course of time, Takia grew more and more particularly when she started recognising the car she drove. She even started doing a happy dance as soon as she saw her car. This made Laura determined to find a way to get Takia out of the desperate situation she was in. 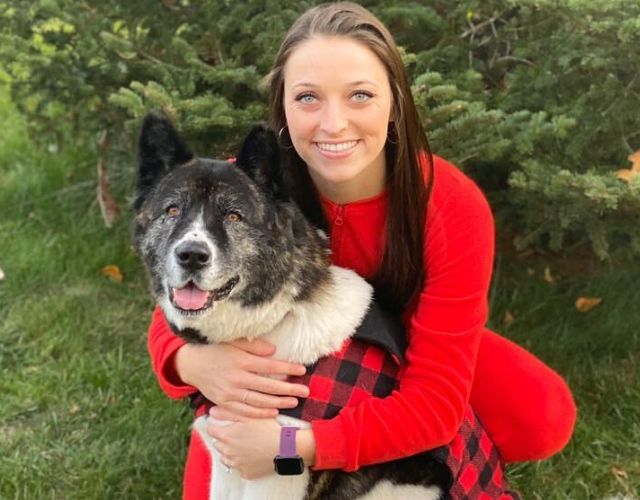 Laura first reached out to animal control, but after they did an investigation they informed Laura about the strict rules of Takia’s dismal circumstances. So long as her owners did the absolute bare minimum and provided her with a doghouse and adequate food and water, they couldn’t intervene.

Honestly, at this point, I would’ve just gone and paid Takia’s owners to give her to me. 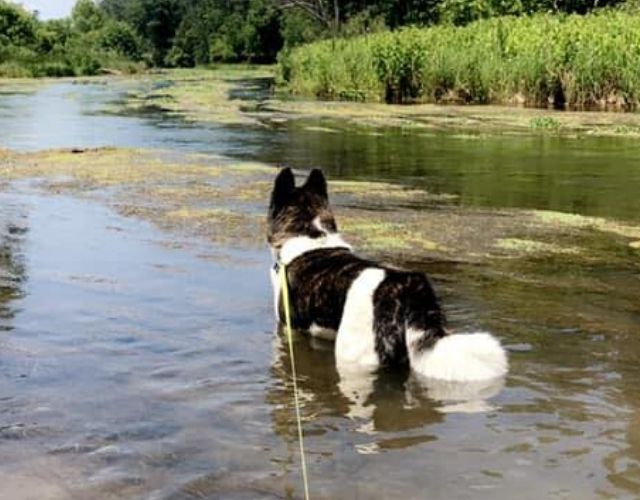 Laura was devasted by the news but she refused to give up on Takia. She told animal control that Takia’s bowl is almost always empty by the time she arrives, so she said she’d take it upon herself to keep feeding her and monitor the situation. Animal control agreed with her and told her to call them should Takia’s situation ever change.

Throughout the year, Laura continued her frequent visits. As winter came and went, Takia was left outside the whole time. With the approaching summer, Laura began to worry about the sweltering heat and how that was going to affect Takia. Again, there wasn’t anything that she could do. She decided to make one more attempt with animal control.

Finally, after Takia’s owners failed to offer her adequate care, animal control was able to make them surrender her. Once Takia was free from her former home, Laura was the first one willing to adopt her. She renamed her Takia and the two have been living a wonderful life together since.

As Laura said, “As soon as we got here home, she was so used to not doing anything all day long. Now the second she gets to run around, she’s gone. I was like holy cow this is a brand new dog.”

As it turns out, once Laura and Takia’s story got out, it made the rounds, eventually circling back to a woman who had lived beside Takia’s previous owners. The woman had said that she too had once contacted animal control regarding Takia’s situation, and was told the same exact thing.

As the woman explained, “I am so glad she got her! I live next door and we also fed her and called animal control and they would tell us the same thing about the house. My husband would bring her food and water and my sister-in-law across the street would too. So animal control must have thought the owner was but they never did. They just yelled at her. I’m so happy she has a good home!” 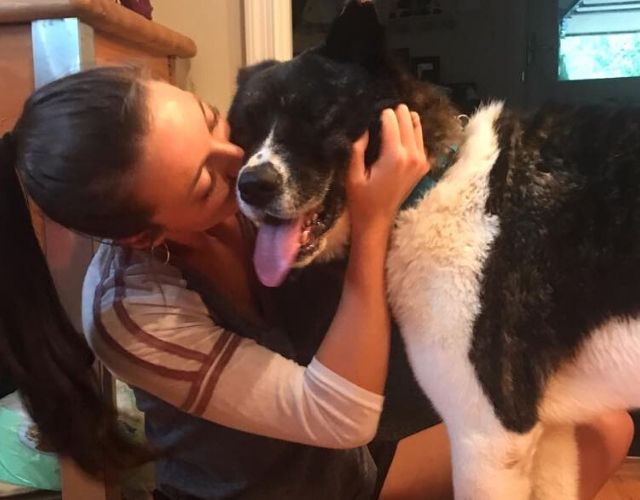 Takia is now living her happily ever after with Laura. The pair are inseparable and go on plenty of outdoor adventures together, and over all are just happy and dos and owner.

“There’s just something about her. I got super lucky, I really did,” Laura said.