Cephalopods Can Change Color In Milliseconds, And Here’s How

According to Science Friday, octopuses, squids, and cuttlefish use the natural chromatophore layer of their skin to generate patterns of color, typically red, yellow, or brown. Those patterns can make the animal appear a uniform color, spotted, or variegated enough to blend in with jagged rock.

“Chromatophores are organs that are present in the skin of many cephalopods, such as squids, cuttlefish, and octopuses, which contain pigment sacs that become more visible as small radial muscles pull the sac open making the pigment expand under the skin,” Nature reports. 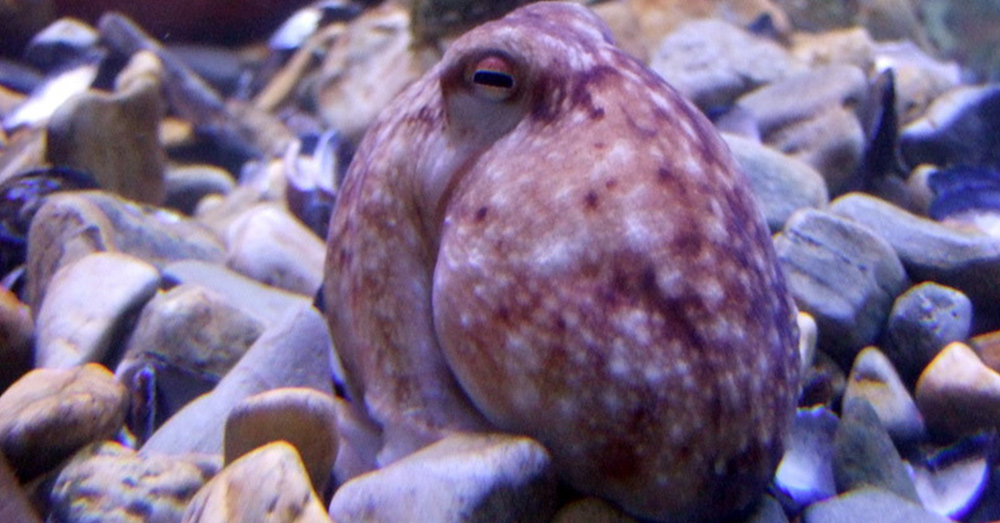 Source: Geograph.org.uk
Ollie the Octopus in an ocean lab.

All it takes is a small electrical impulse from the animal’s nervous system and the chromatophores can be opened in milliseconds.

Further down, the iridophore layer of cephalopod skin makes the animal appear iridescent, shimmering between pale gold, bright blue and emerald green. Iridophores are likely not controlled by the same neural inputs as chromatophores, as it takes longer for the animal to develop these shimmering colors. As Nature reports, they may be activated by a chemical trigger in neurohormones, rather. 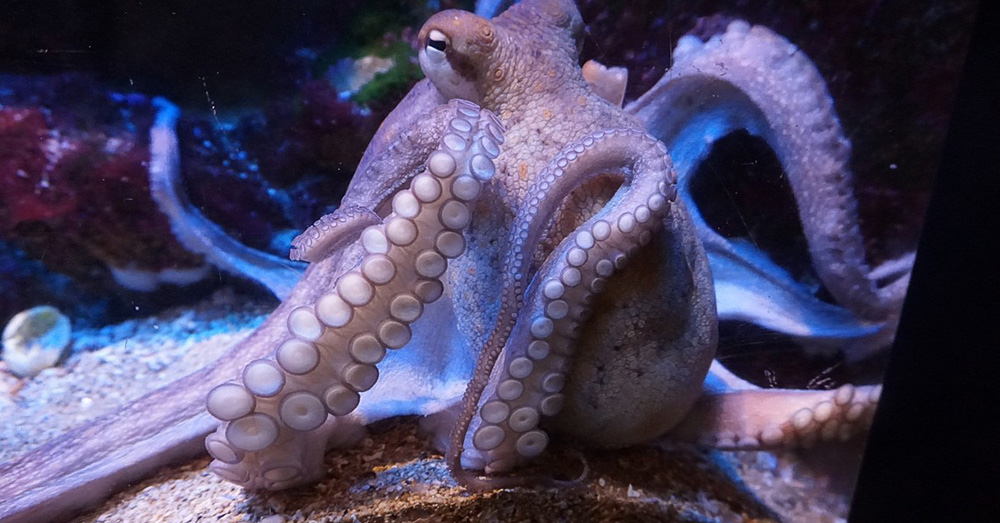 Still, they give the cephalopod a tremendous advantage when it comes to camouflage.

“Interestingly, the color an iridophore reflects is dependent on the angle from which they are observed,” Nature reports. “When observed from above, iridophores can appear blue, but when observed at a more oblique angle, they appear to reflect red light. By combining reflection from the iridophores with the correct patterning of chromatophores, the cephalopod can create a very convincing copy of the surrounding conditions.” 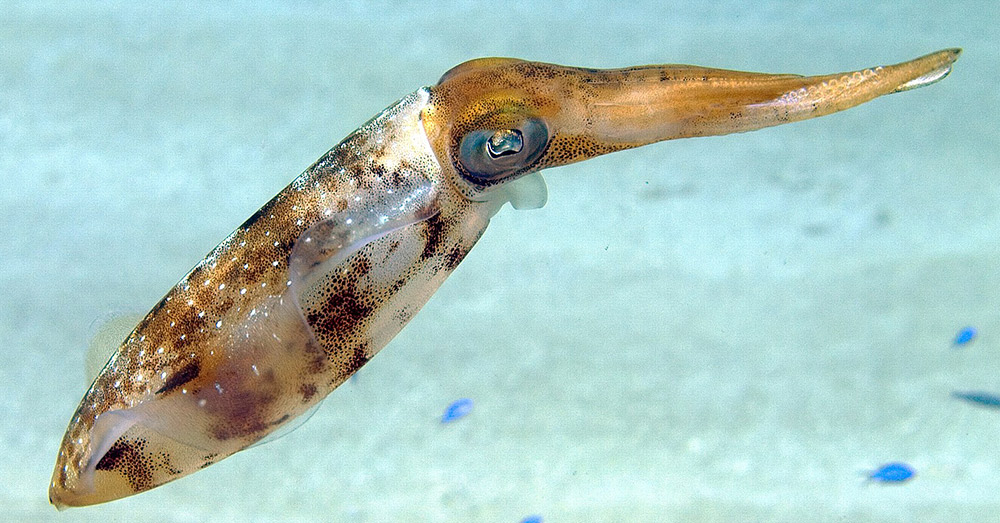 Source: Wikimedia Commons
Cephalopods can change color in a matter of milliseconds.

A third feature of cephalopod skin are reflector cells called leucophores. These cells scatter light so effectively, they make the creature appear pale white. They do not change the appearance of the skin when seen from different angles, but merely reflect any frequency of light shown on them.

When combined with the activated chromatophores, the leucophores can give a cephlopod’s mottled appearance a distinctive white backdrop. 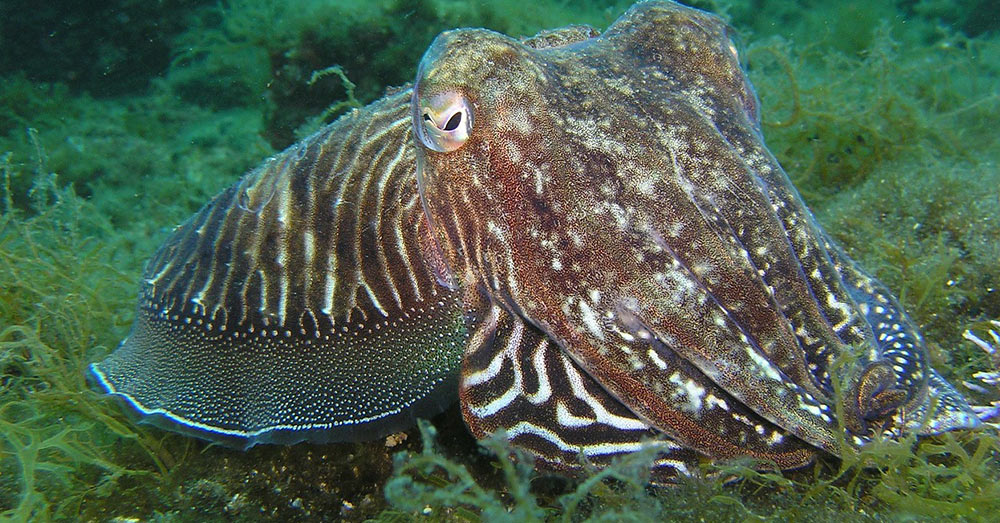 Source: Max Pixel
A cephalopod changes pigments in its skin through neural impulses.

Scientists are still learning more about cephalopods and their skin. While it’s difficult to train one to change color on command, a group of researchers at the Marine Biological Laboratory in Woods Hole, MA, have successfully stimulated chromatophores in the skin of a dead squid with music from an iPod. 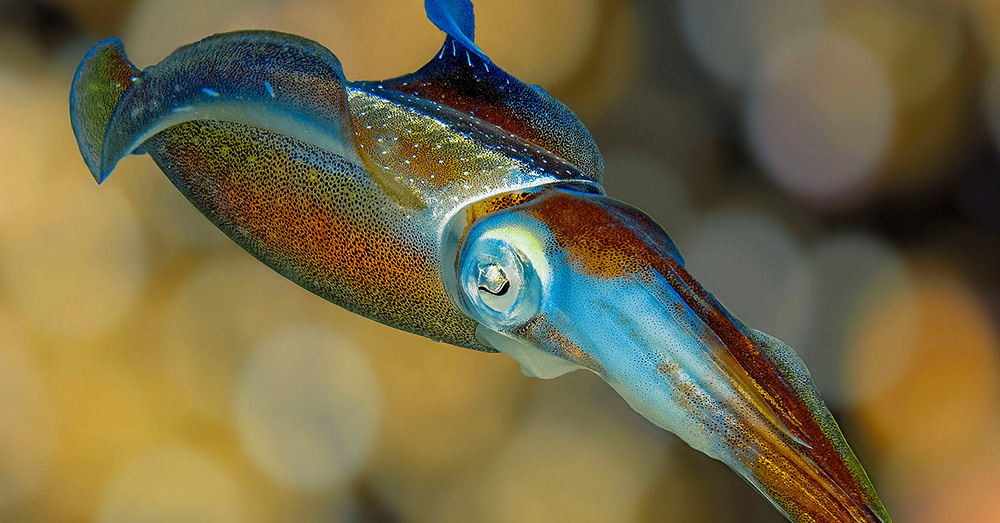 See the results of their experiment in the video below.