As much as we love them, dogs are antithetical to bird-watching, which is why one birdwatcher in NYC’s Central Park politely asked a fellow walker to put her dog on a leash.

Unfortunately, the woman didn’t take kindly to this suggestion, even though the area was plastered with signs indicating dogs must be leashed. When the dog owner refused to follow these rules, the birdwatcher started filming their exchange, sending the dog owner into a rage. 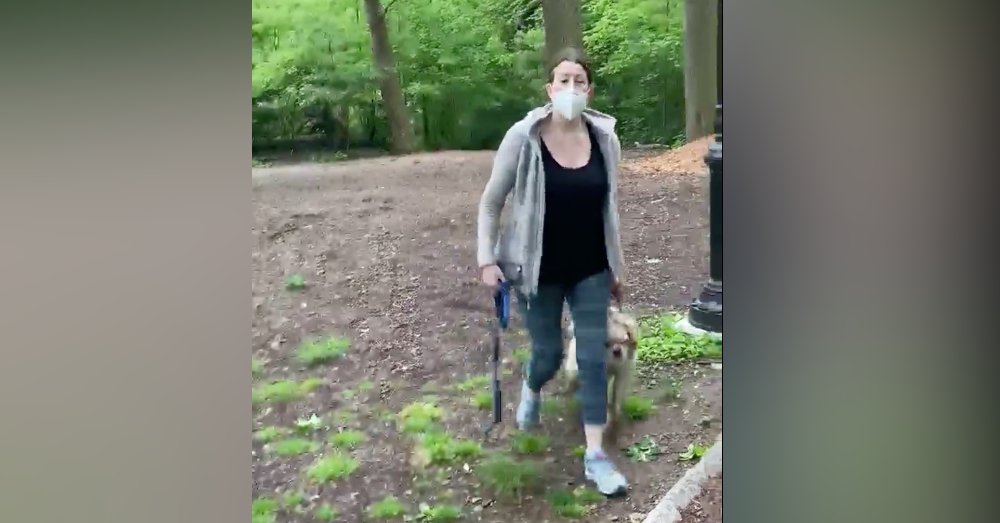 “Please don’t come close to me,” the birdwatcher pleaded calmly, as the woman charged threateningly towards him and demands that he stops films. All the while, she is dragging her poor dog around by his collar, frequently lifting the spaniel up off the ground. The bewildered pup is clearly gasping for air and struggling to breath, but his irate owner is too busy shouting to notice.

Then the woman, who is white, threatens to call the cops and tell them the birdwatcher, who is black, has been threatening her. “Please call the cops,” he responds calmly, while continuing to film. This leads the woman to once again drag the small dog — who is basically being strangled right before our eyes — back into the field to call 911. 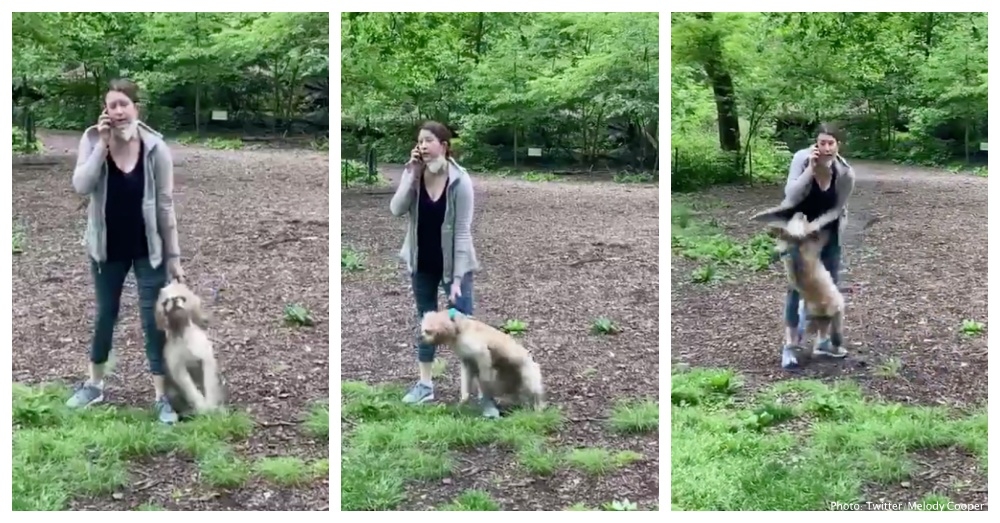 “There’s an African-American, he’s recording me and threatening me and my dog,” she falsely claims in the call. We know this is a lie because the woman’s belligerent actions and verbal abuse are clearly escalating this situation, which could have been completely avoided if she’d simply followed the rules. The birdwatcher has remained calm and cool throughout this bitter exchange, despite the volley of verbal attacks and false charges being hurled his way.

Oh, when Karens take a walk with their dogs off leash in the famous Bramble in NY’s Central Park, where it is clearly posted on signs that dogs MUST be leashed at all times, and someone like my brother (an avid birder) politely asks her to put her dog on the leash. pic.twitter.com/3YnzuATsDm

But the real loser here is the dog, who is being choked each time the woman grabs him by the collar, which leaves the animal frequently gasping for air. The small dog hangs on, appearing almost lifeless before he begins frantically yelping and struggling to get away. Ironically, the woman tries to threaten this man by calling the police, but all this video proves is that she’s a terrible pet owner.

Fortunately, this poor pup wouldn’t have to endure this abuse for long. Once this video was released, this woman was quickly identified online, and then lost her dog and her job in the backlash that followed. Freedom of speech is a right in this country, but racist, harmful actions also have consequences.

“Thank you to the concerned public for reaching out to us about a video involving a dog that was adopted from our rescue a few years ago,” rescuers wrote on Facebook. “As of this evening, the owner has voluntarily surrendered the dog in question to our rescue while this matter is being addressed. Our mission remains the health and safety of our rescued dogs. The dog is now in our rescue’s care and he is safe and in good health.”