Greyhounds have been forced to run their hearts out for so many years in Florida. On average, a greyhound dies on a Florida track every three days. It is home to 11 of the remaining 17 greyhound tracks in the United States. Celebrities and animal welfare groups are coming together to urge the public to vote Yes on Amendment 13.

Amendment 13 is a proposed constitutional amendment that would phase out greyhound racing in the state by the year 2020. The cruel and inhumane dog racing industry needs to end and the first step starts with the Florida vote. Voters in Florida will have a historic opportunity to save thousands of greyhounds. 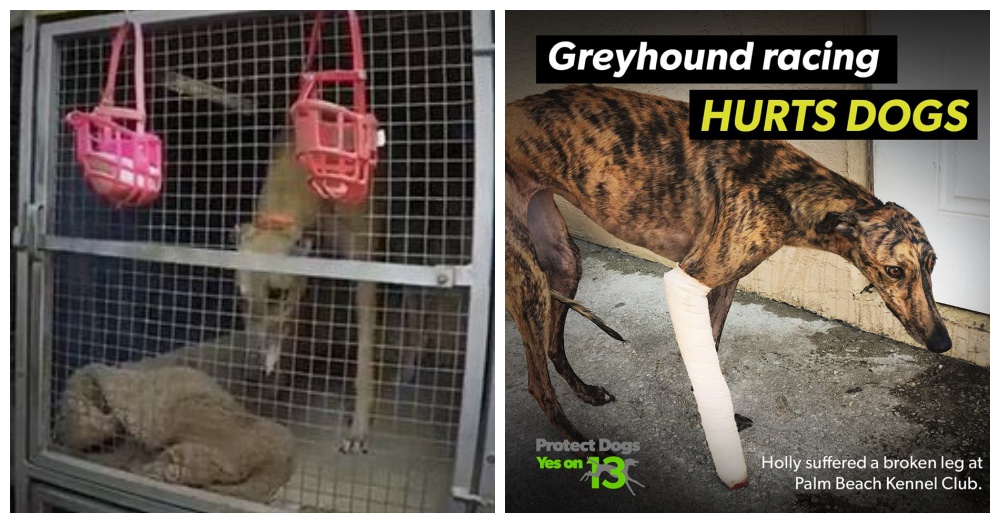 Pierce Brosnan, Owen Wilson, Ellen DeGeneres and many more celebrities are coming together to end greyhound racing, by signing a letter to urge people to vote Yes on 13. Protect Dogs-Yes On 13, is a grassroots campaign working to end the cruelty of greyhound racing in Florida. Aside from the celebrities, veterinarians, 15 Florida newspapers, elected officials, businesses, civic organizations, animal welfare organizations and local animal shelters are all voting Yes. 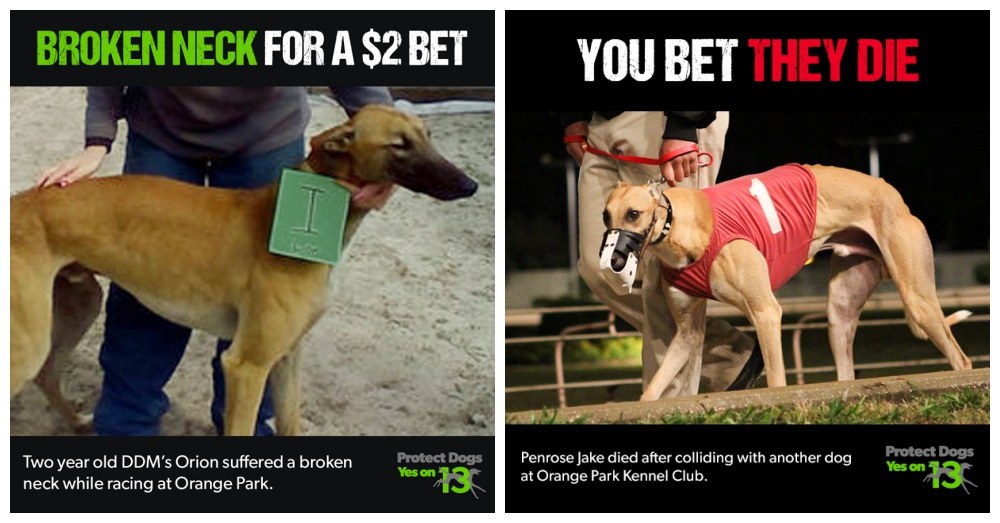 “Greyhound racing involves substantial cruelty, with a dog dying on a Florida track every three days. We are grateful that so many public figures are keeping this issue in front of voters,” states Kitty Block, acting CEO and president of the Humane Society of the United States.

Greyhound racing needs to end so that those dogs can live in homes, not confined in metal cages for 20-23 hours a day. Many of the racing dogs die on the track or sustain serious injuries, including broken bones and necks. People are doping the dogs to try and make their dog run faster. Every part of the racing industry is cruel and needs to end. 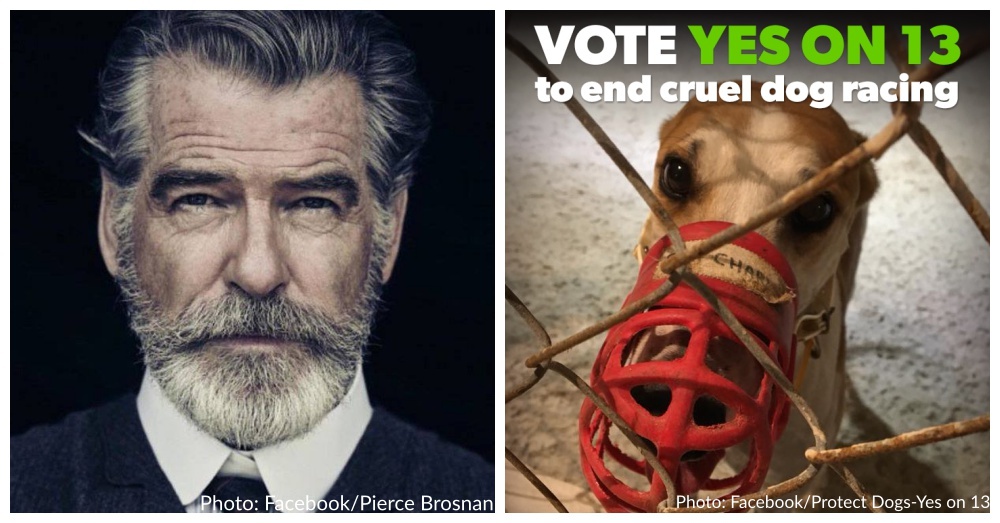 Protect Dogs – Yes on 13 posted, “Dogs play an important role in our lives and deserve to be protected. But in Florida, thousands of greyhounds aren’t treated like companions. Instead, they are used as numbers to gamble on in a gambling industry that is cruel and inhumane.”

The Amendment 13 would be a significant blow to the industry and help put an end to racing in this country. If you live in Florida or know someone who does, be sure to vote Yes on 13!

Puppy Mill Rescue Repays His Human With Love: Click “Next” below!