They Thought They Were Rescuing 27 Goats. They Made The Cutest Mistake Ever!

The Catskill Animal Sanctuary is dedicated to rescuing animals from nightmarish situations. Many of their animals come from hoarding situations, but some come from more sinister backgrounds.

When the local SPCA raided an illegal slaughter house, seizing over 100 animals, they knew they needed help finding safety for them. Catskills took in a group of goats from raid. They were thin, scared, and in need of some major TLC.

The rescuers had no idea that quite a few of them were actually pregnant! What’s better than a baby goat surprise? In my book, nothing! Which baby is your favorite? 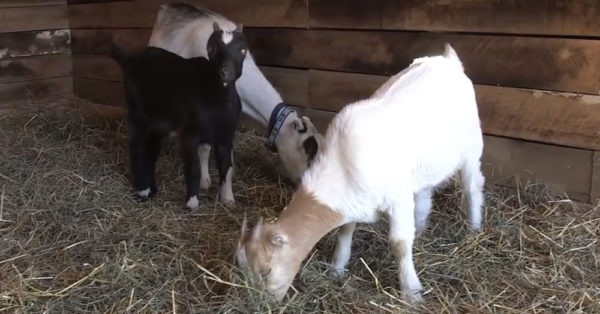