Cats often get a bad rap for being aloof. But while they may portray themselves as such, they do have a very caring side to them, which they share with their owners. And two cats, Daisy and Dexter, proved that they had their owner’s best interests at heart when they became heroes.

The two cats belong to a person living in Edinburgh. The owner, who wanted to stay anonymous, lives within an apartment block that had caught fire in the middle of the night. The owner was fast asleep, but they were quickly awoken by Daisy and Dexter who raced into their room to raise the alarm.

At first, the cats’ owner assumed that someone was at the door. But when they went to go have a look, they were horrified to discover flames outside their door. 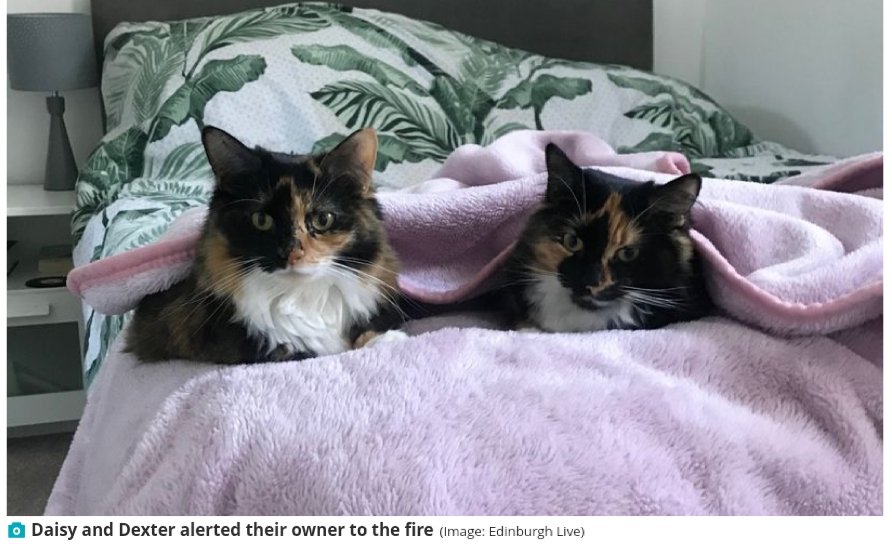 As the owner explained to Edinburgh Live, they had woken up by the commotion of the two cats. The owner didn’t think anything of it at first, but then they figured something had to be wrong based on the cats’ behavior.

The resident told Edinburgh Live, “They were both over by the front door clearly freaked out and on high alert. Something wasn’t right.”

When the owner went to investigate, they were met by flames that had engulfed the apartment’s staircase. The owner began to yell and sounded the alarm for their other neighbors, one of whom heard them yelling and called for help. It is believed that were it not for Daisy and Dexter raising the alarm so early, the fire would’ve continued to spread and the outcome could’ve easily been so much worse.