Cat And Her Kittens Abandoned In A Box With The Message ‘Need A Home. Merry Xmas’

It has always baffled me the way that animals can just be chucked out in a box like they’re yesterday’s garbage. That is actually how I found our rabbit Jean-Claude one year – just abandoned in a cardboard box in a busy Starbucks parking lot. Putting your pet in a box then dumping them somewhere is definitely the coward’s way of finding your pet home. Reach out to rescue or organization and ask for their help, don’t just abandon them with a note.

Animal volunteers in the UK are currently trying to find a home for the two adult cats and three kittens that were discovered Monday morning on the doorstep of Luton and Dunstable University Hospital in Luton, England abandoned in a cardboard box. Whoever did the dumping of the cats wrote a note on the box asking for them to be rehomed by Christmas. 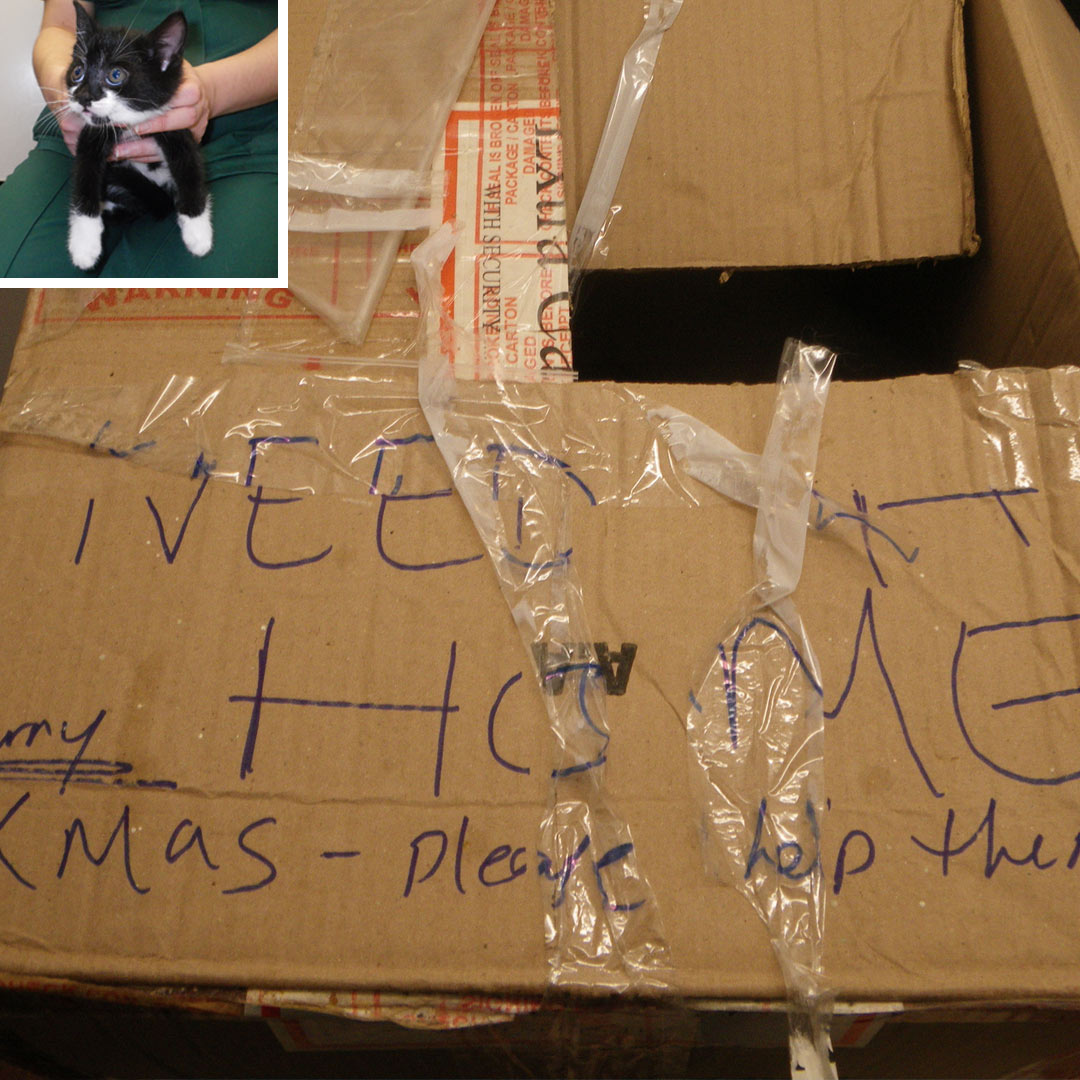 After discovering the little feline family, a hospital staff member got in touch with the Royal Society for the Prevention of Cruelty to Animals (RSPCA) in order to come to pick up the cats. 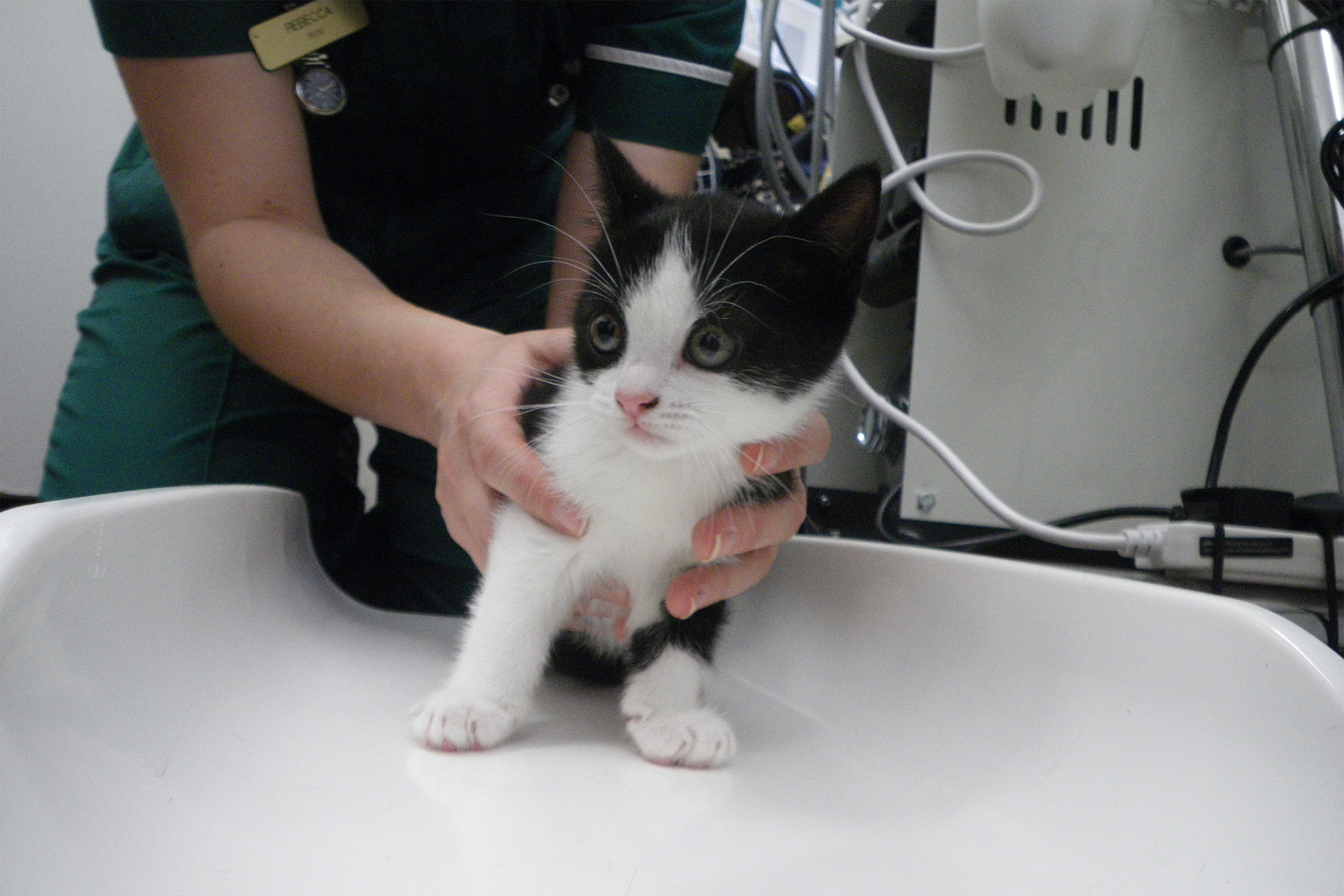 Inside the box were two adult female cats plus three 10-week-old kittens. The 2-year-old white and tabby cat is named Elle. She is believed to be the mother of everyone inside. The 1-year-old tabby, Dee, is believed to be her slightly younger daughter. And the trio of babies is Amber, Penny, and Lance.

The RSPCA is now on the appeal for information regarding the owners of the cat family, so they can either return them to the owner or find them a new home. If you are in the UK area and have a lead on the animals or noticed anything unusual before 8 am Monday morning close to the hospital, then please contact the RSPCA at 0300-123-8018. 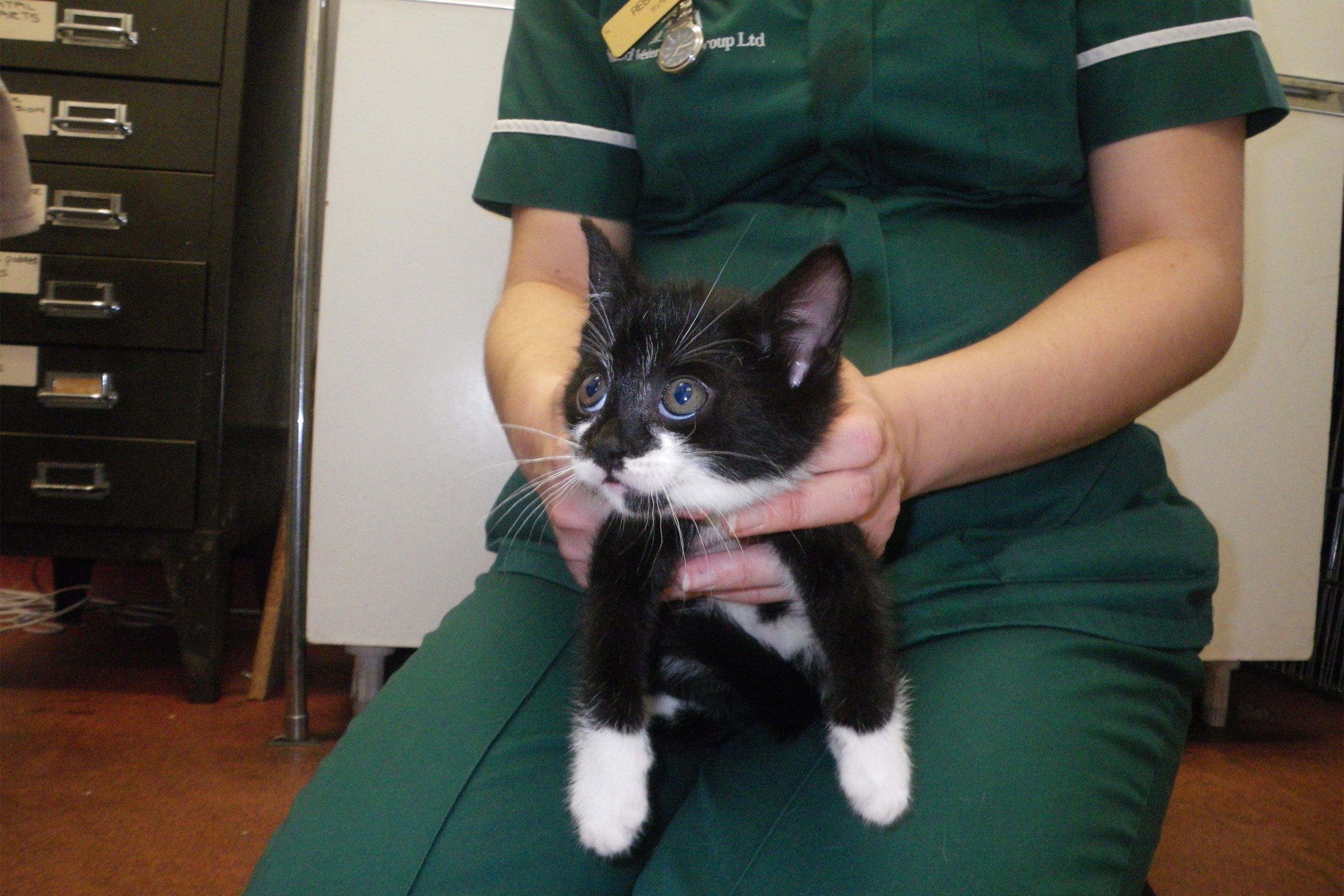 Melanie Fisher, an RSPCA inspector who rescued the cats, said, “Thankfully they are all in good condition and have obviously been well looked after previously. They are socialized and nice and friendly, but sadly someone has left them behind.”

Fisher added, “We understand that people’s circumstances can change which might mean they can no longer care for their pets, but dumping an animal is never the answer.” 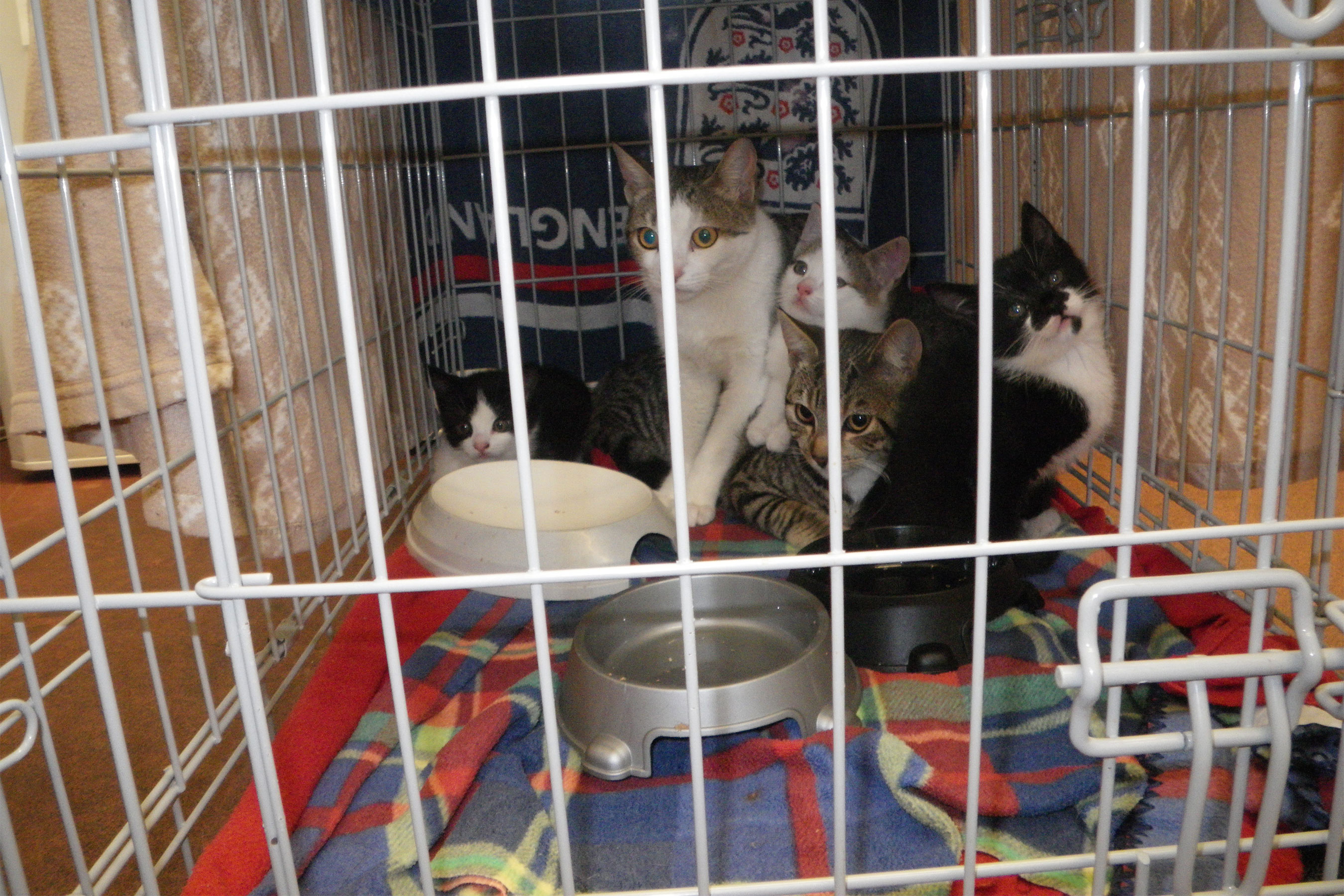 If an owner doesn’t come forward then the cats will be rehomed.

The RSPCA is expecting to take in more than 10,000 animals in need this winter!

And according to the American Society for the Prevention of Cruelty to Animals, there are an estimated 3.2 million cats who go into shelters every year across the United States! Of those numbers, 1.6 million get adopted, and 90,000 are returned to their owners according to an ASPCA report.