Two Cats and a Bunny: Best of Friends

When a cat comes calling at a rabbit’s cage, everybody’s expecting it to be up to no good. But that’s not the case with two particular kitties who happen to be best friends, although rather unlikely ones, with their bunny brother.

It all started when Scarlett Darby adopted 4-month-old Beau, a beautiful black-and-white bunny, and realized that he acted more like a dog than a rabbit, following her and the rest of the family around all day and snuggling with them on the couch.

“When I first met Beau, he basically chose me to be his owner. He was so beautiful and had such a great personality and followed me around until I adopted him,” said Darby. “I’m so glad he’s a part of our family because he’s just so cute and has the best personality of any rabbit I’ve ever met!” 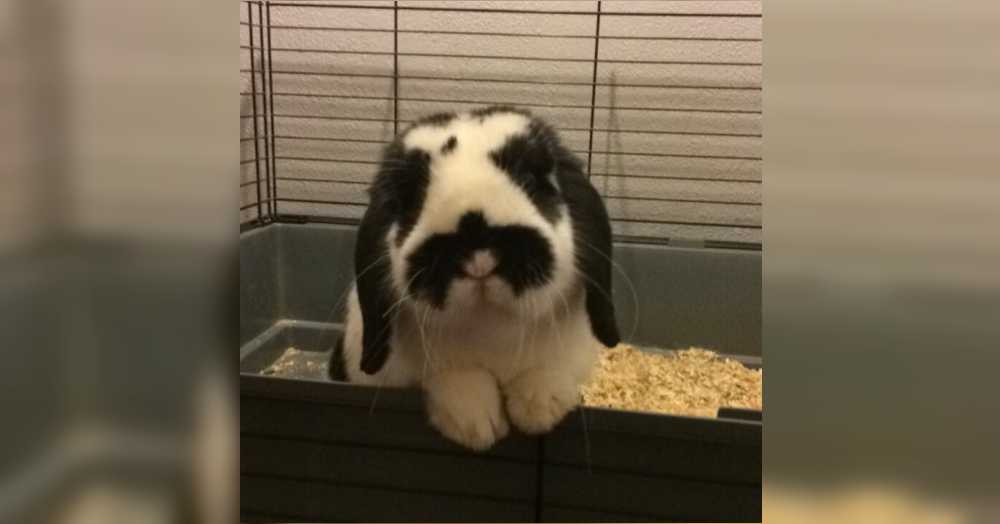 Despite Beau’s dog-like behavior, however, Darby was worried about how he would interact with his new family member when she decided to adopt an orange tabby named Ninji a few months later. And, of course, she worried about how Ninji would react to Beau as well because of cats’ natural predatory instincts. 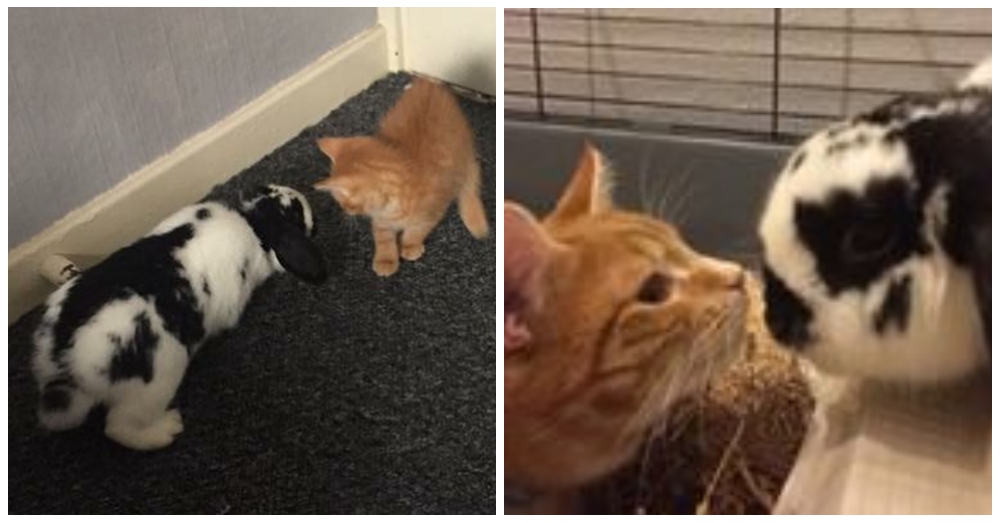 She had nothing to be concerned about though. Ninji and Beau hit it off and became the best of friends right away. They liked each other so much that Ninji even became a regular houseguest at Beau’s cage. He minds his manners quite well while he’s visiting.

“I had the door of Beau’s cage open whilst I put some food in for him, and Ninji decided to jump in,” Darby said. “I was nervous at first but soon realized that Ninji was more interested in Beau’s house than Beau!” 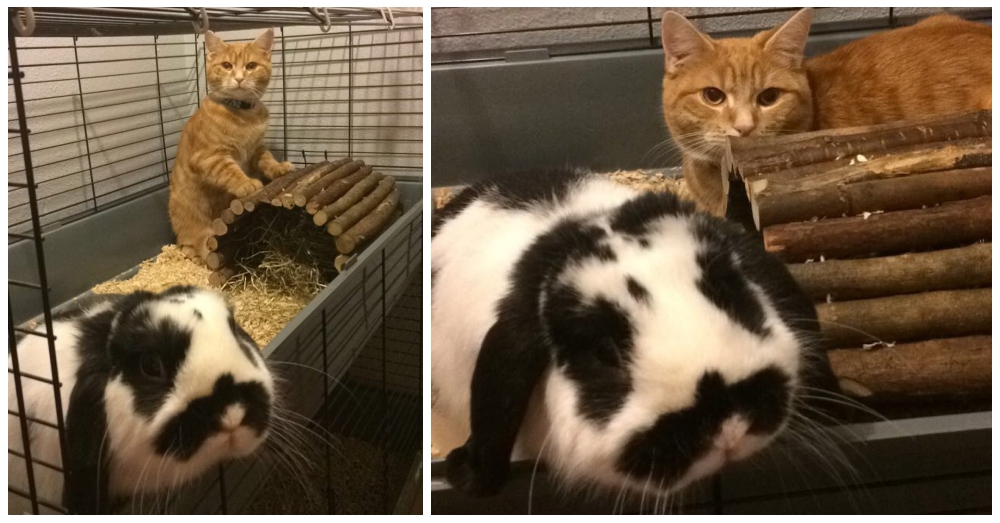 Luckily, Beau seems to enjoy having a houseguest, so Darby was a little less worried when she introduced another furry family member to the clan. Nibbler, a black and white cat, soon copied Ninji’s behavior and began spending time in Beau’s cage. Now all three enjoy hanging out together on a regular basis.

This enclosure may be meant for bunnies, but it turns out it’s a great hangout spot for all types of small furry critters, as long as they get along well! And if the trio is getting sick of the cage, they can venture out into the rest of the house as well. Darby makes sure they’re always being monitored just in case, but there hasn’t been much sign of disagreement between them yet. 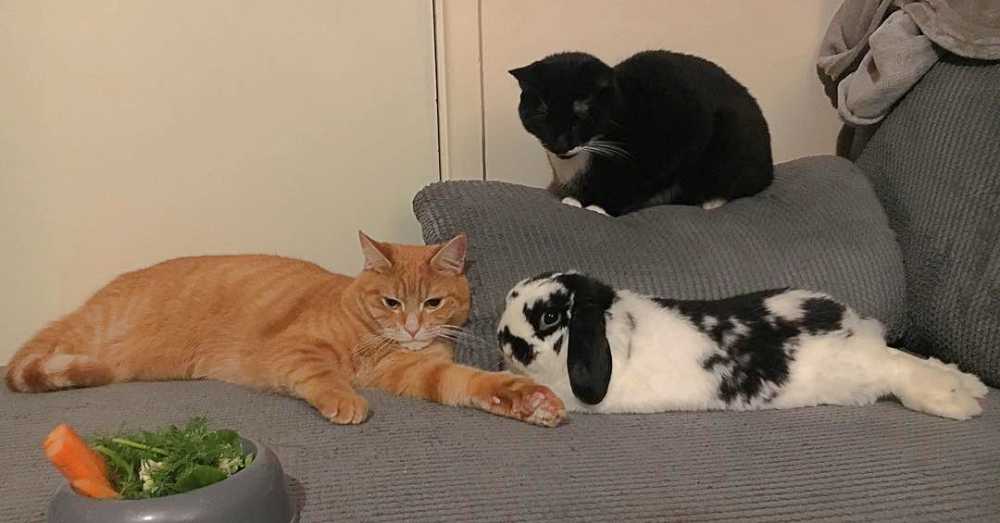 Like all of us, of course, Beau sometimes wants his space, and he has no trouble letting his new siblings know it’s time to find somewhere else to take a cat nap.

“If he’s not happy with the cats being in his territory, he does let them know by thumping or kicking his feet, but usually he’s excited that his cat siblings are sitting with him,” Darby said.

More recently, the family has grown a little bit more, and Darby reports that the newest member, a tortoiseshell kitty named Lola, is fitting in just like the rest. So there are surely more adorable photos to come of the kitty (and bunny) quartet, up to their usual unique antics!

Adorable But Unlikely Duo Of Cat And Chicken Huddle Together To Escape Wildfires: Click “Next” below!