Dymka was a cat that had some serious problems in life. After being found on the side of the road by a passerby in Novokuznetsk, a city in southwestern Siberia, things did not seem to be going well.

Fortunately, a team of veterinarians and researchers from Russia’s Tomsk Polytechnic University (TPU) used some quick thinking and creativity to save the feline’s life. They were also able to 3-D print titanium replacement limbs after they had to amputate the cat’s legs.

CT scans of the cat’s legs were taken to create the prosthetics. The scans were used to 3-D printed titanium rods that would eventually become her legs. The prosthetics were given to Dymka in July 2019. 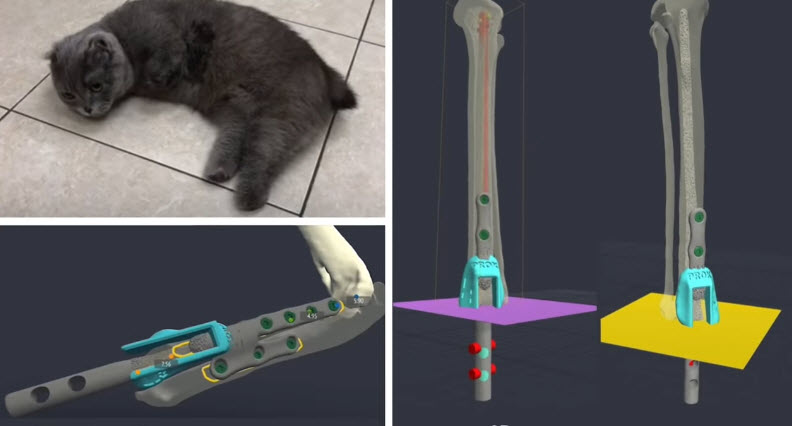 According to Sergei Gorshkov, the veterinarian that performed the amputation, this is a relatively common story. He told The Moscow Times that the difficult winters in Siberia bring in “at least five to seven cats due to frostbite” every year. 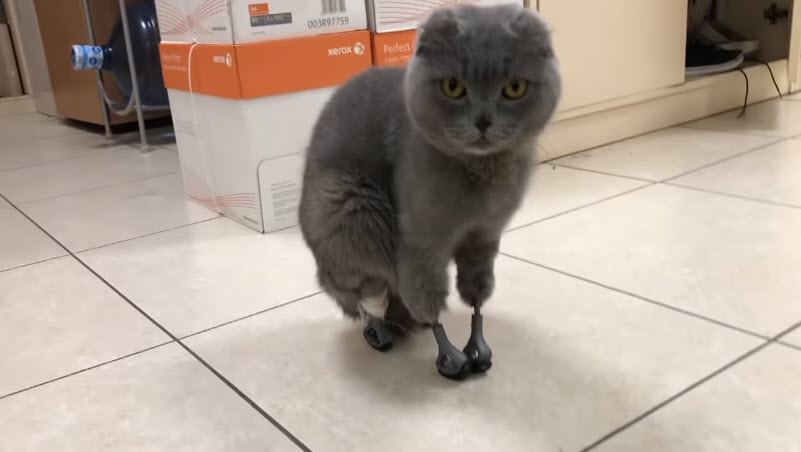 Dymka is actually the second feline to receive a quadruple amputation and prosthetic implants in the world. Ryzhik was the first cat, who also lost all of her limbs to frostbite. Since they both live at the veterinary clinic that saved their life, they were able to develop a friendship.

A news release from TPU states that seven months after the surgery, Dymka is leading “a full life.” She can walk, run, and even go up and down the stairs.