After 2 Days On A Rooftop, Local ‘Cat Whisperer’ Was Tinkerbell’s Only Hope for Survival

Firefighters are known for bravery and courage; they rush in where others are rushing out. And long before they arrive, you can usually hear them coming.

As a team of firefighters rolled toward a recent rescue in Wellington, England, however, they made it a point to be as quiet as possible.

Their victim wasn’t trapped in a blaze, but up on a roof, and had been for two days. Tinkerbell the cat had climbed up onto the roof of a two-story home and was unable to get down without help until a member of the Shropshire Fire Rescue showed up with a ladder and some patience. 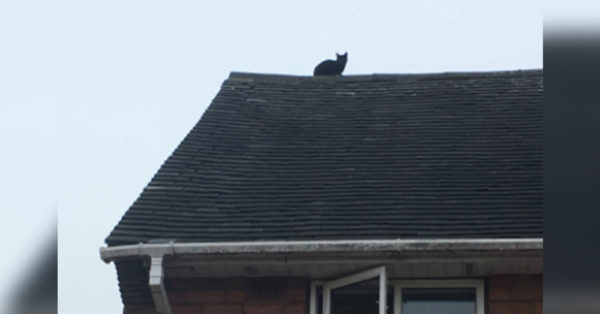 The entire rescue took less than an hour.

“We have started calling Andy the ‘cat whisperer’ now as the cat came straight into the box and didn’t need much persuading,” Shropshire Fire Rescue’s Craig Jackson told ITV. “We don’t use blue lights and travel at a normal speed when responding to a rescue of this nature. All in all the incident took about 45 minutes and we were pleased to bring Tinkerbell to safety.” 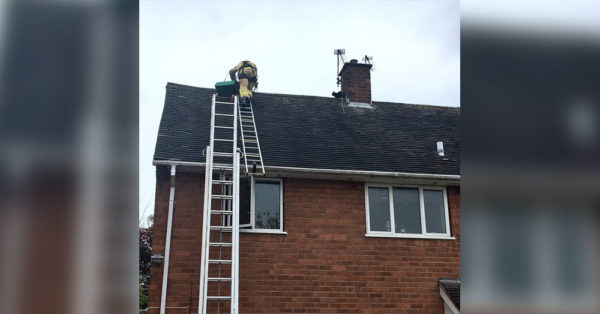 Unless there is severe weather, the RSPCA typically doesn’t recommend calling the fire department to retrieve a roofed cat. After more than a day without food or water, it was clear Tinkerbell needed a little extra help. 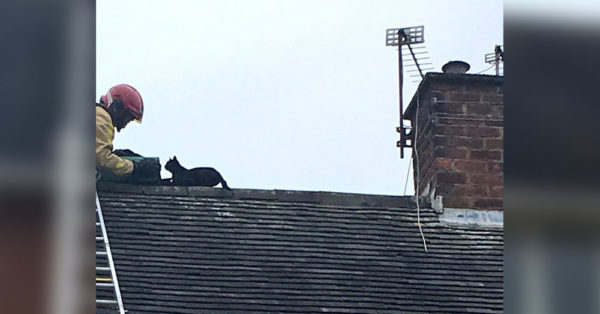 “Thankfully Tinkerbell was fine after her rooftop rescue and was reunited with her worried owner,” the RSPCA’s Shoawn Howden said. “I’d like to thank Shropshire Fire and Rescue Services for assisting and helping to bring Tinkerbell to safety.”

Crews have successfully rescued Tinkerbell the cat following a request from @RSPCA_official from a roof in Donnington pic.twitter.com/EcxabzgNfs

Cat Rescued From Tiny Cage In Bad Hoarding Situation Finally Got To Feel The Comfort Of A Bed Of Her Own: Click “Next” below!