Cat Tries To Keep Dog Out

The war between cats and dogs continues…

An adorable kitten is determined to keep her canine brother from entering the house through her cat door. Although the kitten is no match for the dog, somehow she seems to be winning.

Smudgie the kitten leaped into action when she saw Jaxson, the dog, poke his head through the cat flap on the door. The playful kitten was captured on video defending her door with everything she had. She jumped on top of his head but this proved useless. 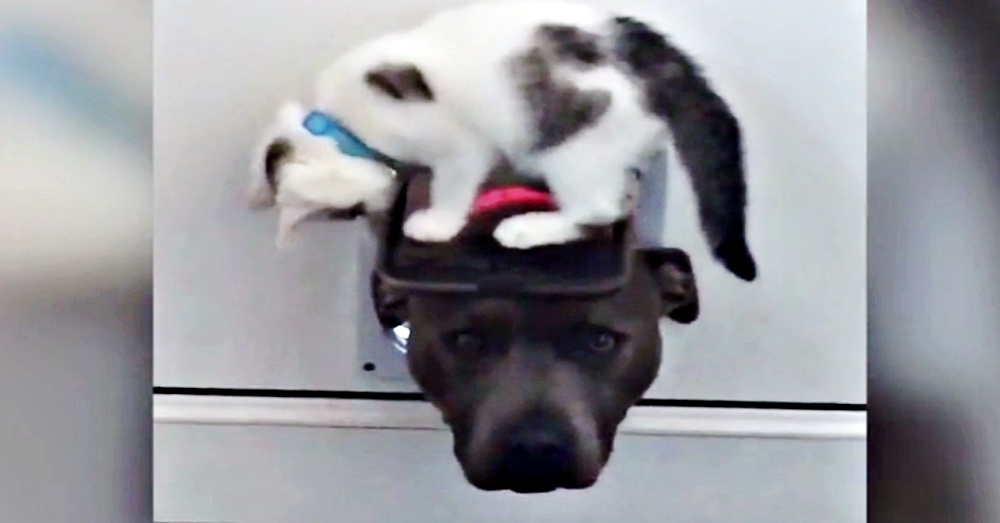 The sweet dog looks at his owner, who is recording the whole battle, with a look of desperation. He is thinking, “get this kitten off my head, please.” Jaxson is a great big brother and just endures Smudgie standing on his head, until he decides to back up. Smudgie lands on her feet and waits for the next move. 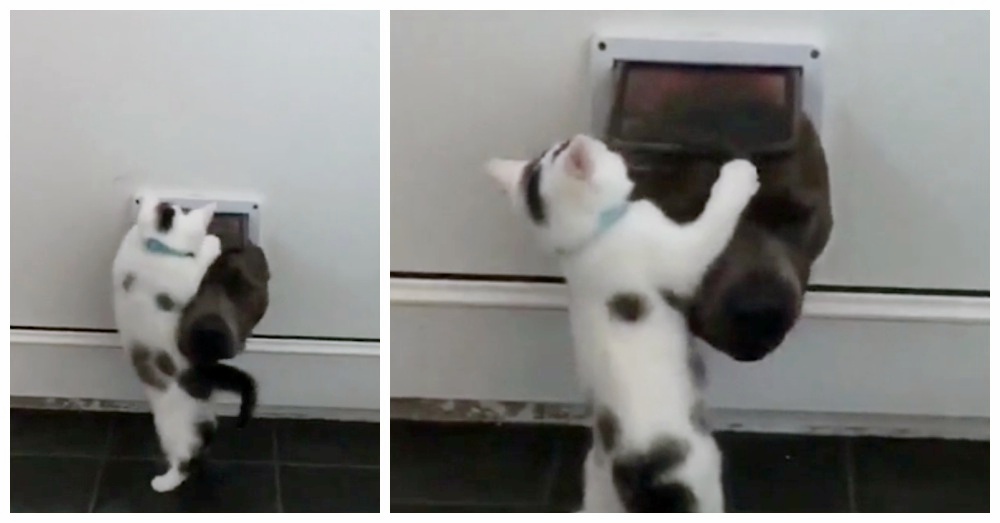 Jaxson pokes his head back through the flap to be met with batting paws from Smudgie. She is relentless with her batting at his face. After an ear nibble from Smudgie, he reconsiders his approach. 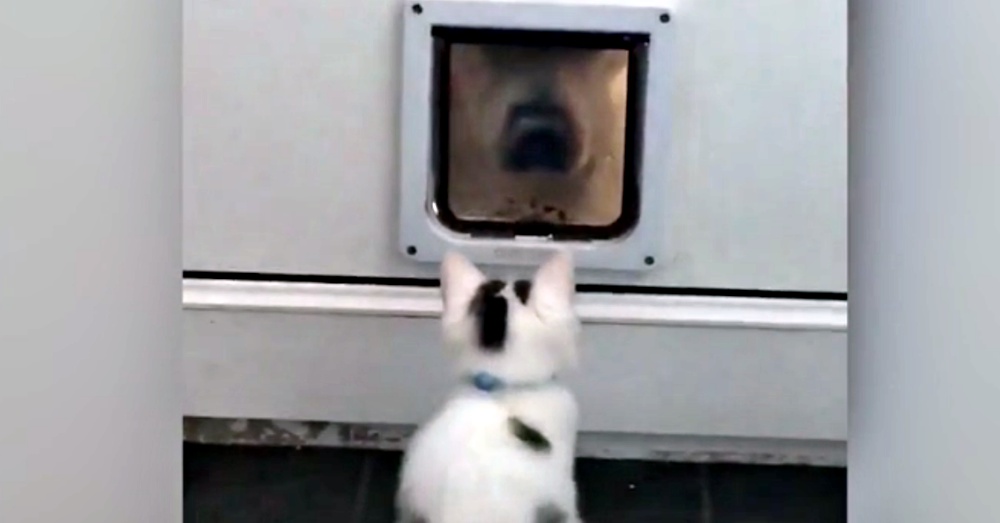 For a moment, Jaxson just peers through the cat flap and starts a staring contest with his feline sister. He pokes his head through once more, dodging paws. Smudgie is trying her best to paw the flap close and push her brother out. When her efforts seem to be failing, she tries to jump on his head again as a final shove. 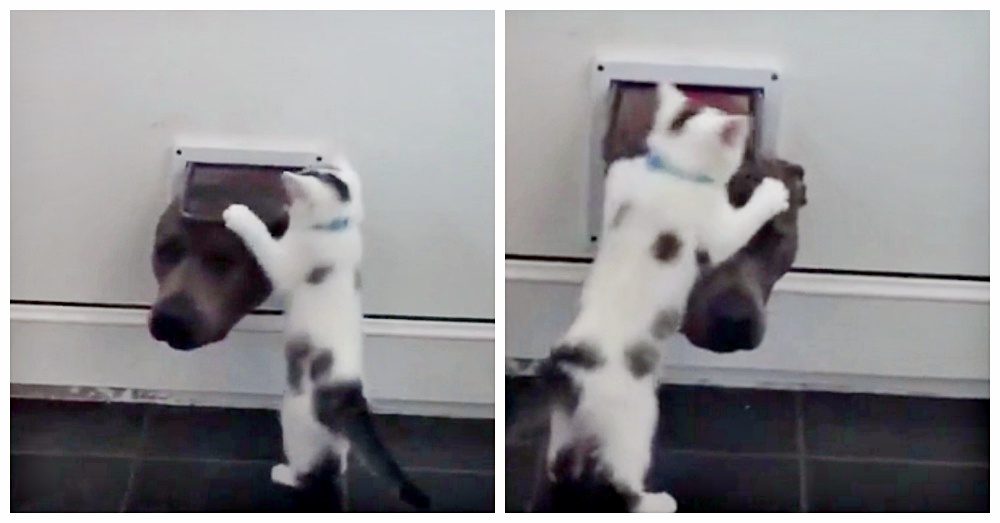 The video pans out with Jaxson’s head still through the flap and Smudgie looking at him. The sweet and patient dog may have just made a truce with his feisty sister, but tomorrow is another day.

Watch the adorable battle in the video below. It is guaranteed to make your day.