When we first wrote about Admiral Galacticat, the linen-loving Louisiana feline was partway through a neighborhood crime spree. In fact, the cat’s kleptomaniac tendencies had gotten so bad that owner Heather Bardi formed a Facebook group to return her cat’s stolen loot.

However, this feline felon is making amends in the wake of Hurricane Laura, which has left a trail of devastation throughout his hometown of Metairie, Louisiana. Instead of pilfering laundry from his neighbors, the gray-and-white cat has decided to help his owner collect pet food and supplies for shelter pets affected by this natural disaster.

“We figured we’d use our cat’s weird cat fame to do some good for the community,” Admiral Galacticat’s owner, Heather Bardi, told WGNO. 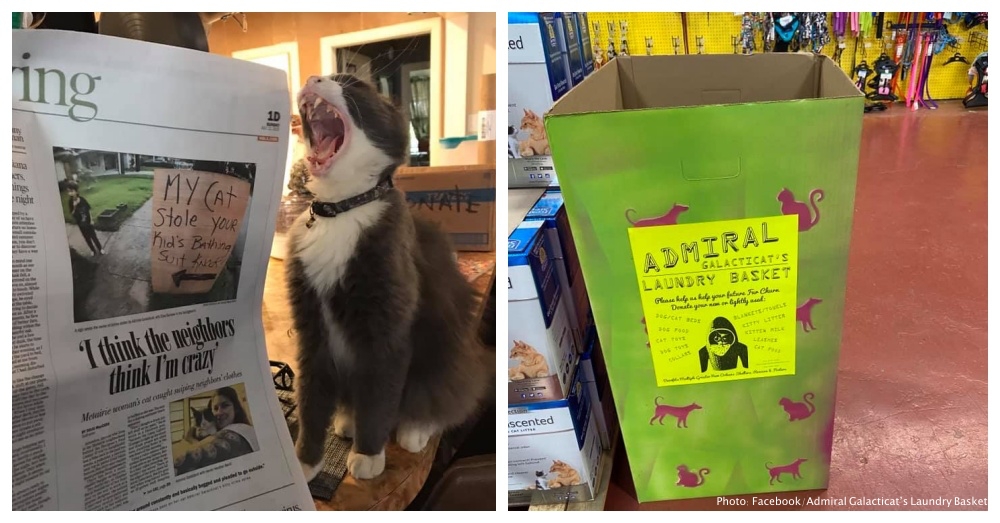 Not so long ago, Bardi was forced to erect a sign directing neighbors on how to reclaim their stolen laundry, which her cat had begun swiping during his nightly misadventures. But in the wake of Hurricane Laura, Bardi realized her cat’s penchant for collecting items could be put to good use. Now the Louisiana woman is using the Facebook page she originally created to apologize for her cat’s misdeeds to gather donations for shelter animals in need.

“They need all the help they can get. Everyone’s stuff was washed into the Gulf,” Bardi told the newspaper. “I guess I’m just trying to up my karma, it’s the right thing to do, and this was the best opportunity we had.” 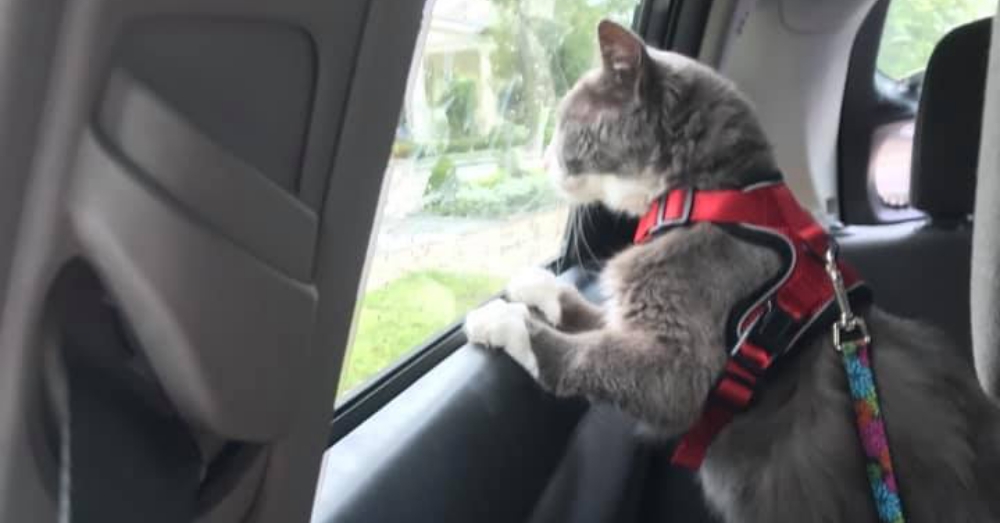 Bardi and her cat have already installed 7 donation drop boxes in stores around town to collect pet food and other supplies for local animal shelters and rescues affected by hurricane. Meanwhile, Bardi has renamed the Facebook page she once used to advertise her cat’s stolen goods to raise awareness about her mischievous sidekick’s latest scheme.

Just in case you don’t know admiral galacticat now has a drive for shelter animals. We will be setting up bins at local…

“Just in case you don’t know admiral galacticat now has a drive for shelter animals,” Bardi wrote on her cat’s repurposed Facebook page, Admiral Galacticat’s Laundry Basket. “We will be setting up bins at local businesses to take donations to pass along to the shelters and rescues all around the New Orleans metro area. Don’t send money. All we are asking for is good for dogs and cats. Collars leashes beds and old blankets. Anything that a shelter could need. If you want to ship something to me inbox me for the address. Thank you! Also please feel free to pass this along and share! Let’s help the animals!”

Please visit Admiral Galacticat’s Laundry Basket or reach out to Bardi if you would like to participate in this donation drive. Rest assured that all donations will be stored safely out of the kleptomaniac cat’s reach!