When enough is enough, it’s time to bring in the cats.

Racist grafitti has become a scourge of Manchester, England, and tighting it has been an uphill battle. The vandals are quick to replace the obscenities as soon as authorities take them down.

The failure of efforts to combat the graffiti has undoubtedly discouraged Manchester residents, some who fought in the trenches against the ideas those spray painted swastikas represent in a World War. It’s a frustrating sight, and enough to stir action in a new type of hero.

A local resident, or perhaps a group of people, has been covering up the graffiti with stickers featuring cute cats.

“There was some racist rubbish here but I covered it up with a picture of a cat,” the clever placards read.

As well as graffiti and racist rhetoric, the stickers have been used to cover up deliberately misleading campaigns that denigrate immigrants. According to the Manc, posters linking climate action group Extinction Rebellion to racist and anti-immigrant policies have recently been spread through the city, now the targets of cat stickers. 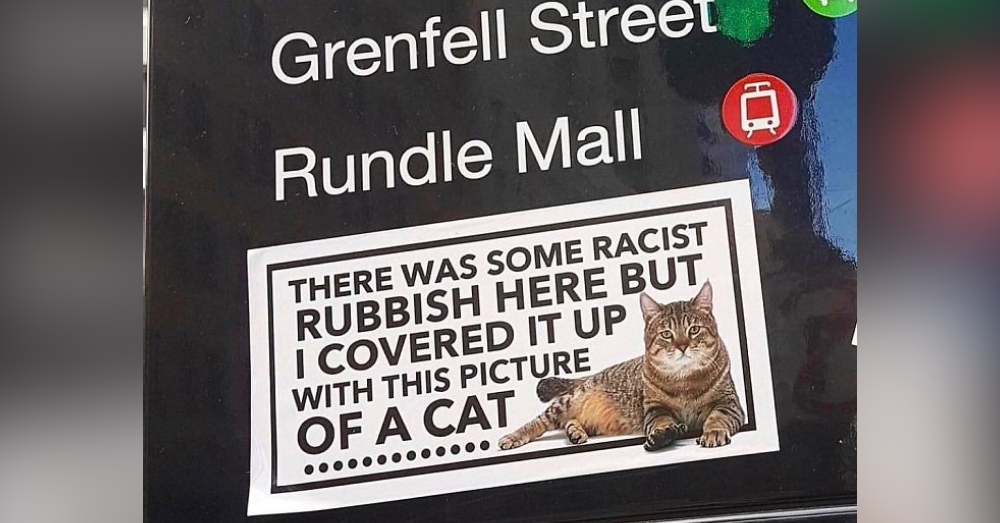 Manchester isn’t the only place in the world facing the blight of graffiti and hate speech, but it is the source of the best solution to the problem that we’ve ever seen. 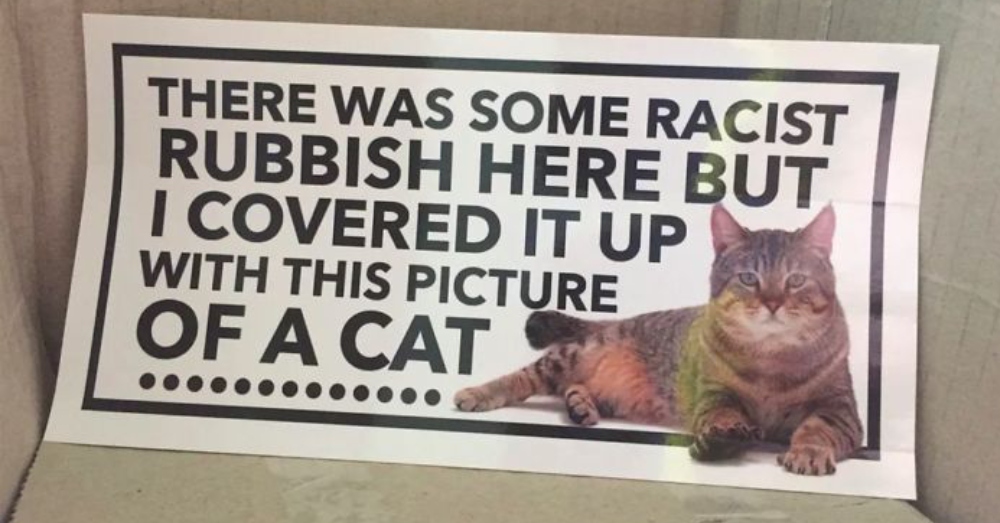 Heroes come in a lot of different forms. In Manchester, they carry stickers of cats.

“Can’t we just replace racists with cats?” Another asked. “At least they know how to cover their sh*t.”

‘Smart Boots’ For Horses Could Reduce Injury And Save Lives: Click “Next” below!