There is a cat in Pennsylvania that has a rather unusual habit. It seems as if he loves shoes, and he loves them so much that he steals them every night and brings them home to his owner.

Because of the problems caused in the neighborhood due to the stolen shoes, a Facebook group was created by BJ Ross of Altoona, Pennsylvania. She wanted to be open about the habit that her pet cat, Jordan. He was stealing people’s shoes and according to local news station WTAJ, he would steal the shoes every night and bring them back home to his owner. A rather large collection of footwear has been amassed.

Ross does not necessarily share the love of shoes with her cat, so she would like them to get back to the proper owner again. With some help from Facebook, she puts images of the stolen shoes online so that those in the neighborhood can claim what is rightfully theirs.

Some 3000 members are already watching the social media forum to see what Jordan steals next. 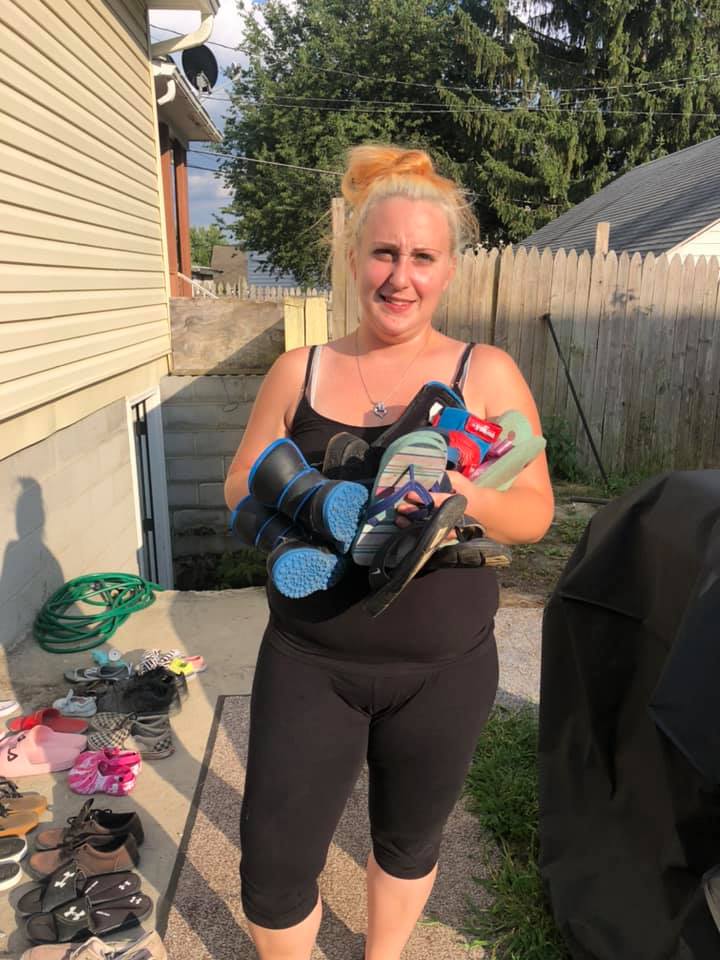 According to the description of the Facebook group, “If y’all know my cat Jordan. Y’all know he loves to bring me home shoes!!!!! Yes you read it. This tiny little cat drags me home one, two, three shoes. Every night!!”

Ross says that Jordan brought home dead mice, snakes, and birds last year, along with various pieces of trash. In January, she started to notice that shoes were showing up on her property. She didn’t think much about it and would toss them in the garbage, but after it continued, she wanted to find the owners of those shoes.

A tracking device has been attached to Jordan’s collar to see where she goes during her travels. It helps to track down where the shoes may be coming from.

“Well. 37 shoes later, I have no idea where he gets them. I put a gps tracker in him last night and thought….. he deserves his own group!!!!” she wrote. “Thanks for following Jordan. Let’s make him famous!!!!”

A security camera has also been installed in the backyard to record when Jordan is sneaking out at night. They’ve even captured video of him jumping over the fence carrying a shoe in his mouth. “I knew it was him, but that kind of solidified that it was really him,” she said.

“I’ve received messages from all over the U.S. that it is just making their day brighter,” she explained of Jordan’s social media fan base. “With all the bad things in the world, he’s just giving a smile to so many people across the United States.”