Neighbors in Metairie, Louisiana have been dealing with a very unlikely thief: a cat! The sneaky feline who has been the community’s resident cat burglar turned out to be an adorable grey and white kitty named Admiral Galacticat.

And it was his own owner that discovered his identity as a thief. It all started to unravel when Heather Bardi, Admiral’s owner, started noticing random laundry appearing on the front porch. It was smaller items, such as socks, boxers, swimsuits, and even a tank top. At first, she assumed that someone from the local bar might have accidentally left some items behind on a drunken night on the town. However, it kept happening. And that is when Bardi installed some security cameras. When she reviewed the footage she was shocked to learn that it was her very own cat who was bringing back the laundry he’d looted from the neighborhood.

That is when an embarrassed Bardi decided to share the story with her community in a public Facebook group for garage sales in the area, letting them know what’s become of their laundry. 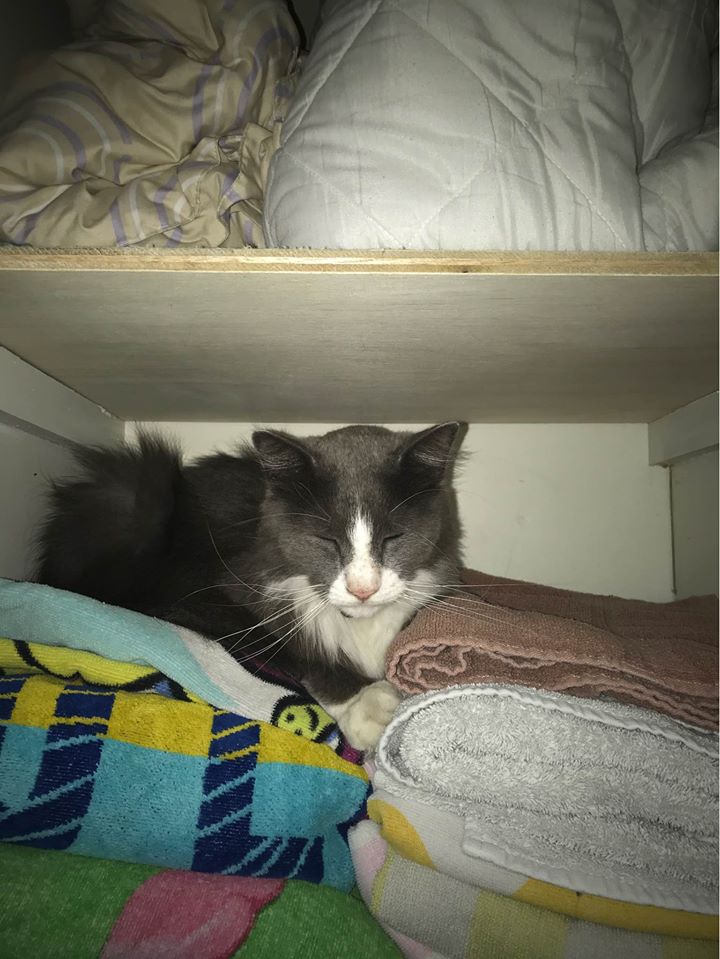 In the post, she wrote about her initial suspicions, and how they were way off when she discovered that it was actually Admiral who was a bit of a kleptomaniac. She added that while she was grateful it wasn’t a dead bird or mouse, she was still surprised that it was other people’s laundry. 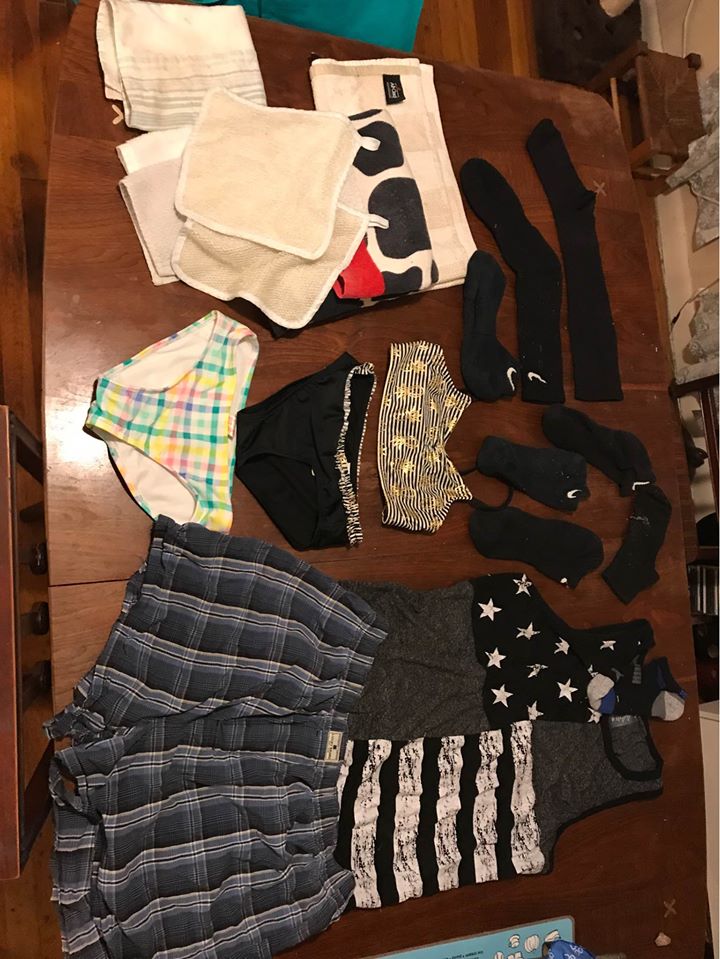 She also gave people a chance to reclaim their items by stating, “Trust me, it is not the dryer monster, but Admiral. If you would like to retrieve your items I have been collecting them and I will wash them again cause, cat spit, but you are more than welcome to come by and grab the bag and shame my cat if he is around.” 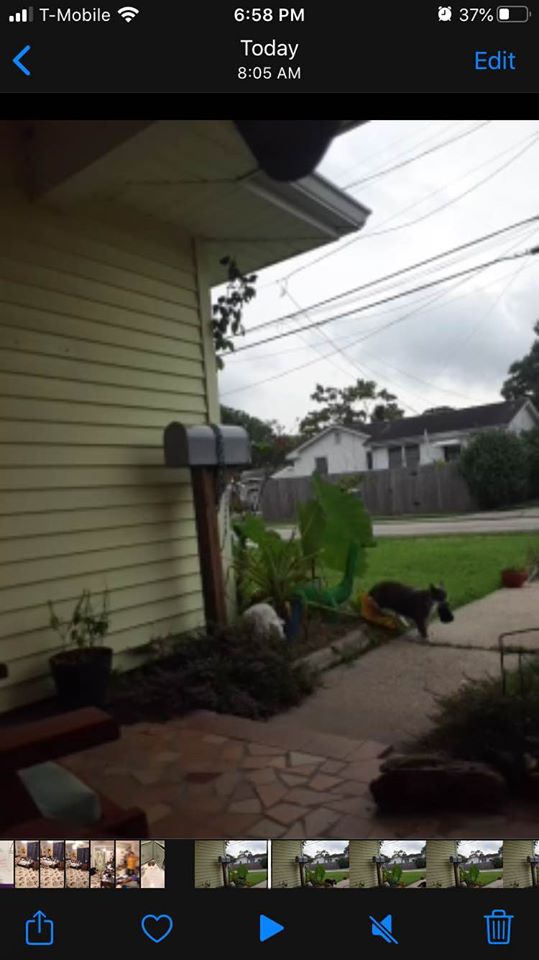 In the end of her post, she apologized for her cat’s actions. But I’m sure people were more tickled by the funny story than ticked off.

Bardi had also given some insight into Admiral’s past. The feline had been an indoor cat for the past four years ever since she adopted him. However, after the COVID-19 pandemic caused the whole family to quarantine indoors, Admiral became “sick of us being around constantly and basically begged and pleaded to go outside.”

Just when she thought her cat couldn’t get anymore cat-like with his attitude, she discovered that he was a clothing thief. That resulted in her posting a sign outside her home advising neighbors that her cat steals clothes and to just knock if they’re missing an item. Well, Admiral certainly did a wonderful job of embarrassing poor Bardi.

As she shared with Nola.com, “I think the neighbors think I’m crazy.”

Maybe, but the rest of us cat owners only have sympathy for you, Bardi!