Molly Lichtenwalner was looking for a special needs pet to adopt when she came across a white cat who had lost his ears. She fell head over heels in love with him, and knew he would be the perfect addition to her family.

She adopted the cute kitty and named him Otitis. A few months after Molly adopted Otitis, she bought him a stuffed animal toy to play with. The toy was a white seal who had an uncanny resemblance to Otitis. Both are white with blue eyes, and of course the seal has no ears, just like Otitis. Otitis loves the seal and always snuggles with it. 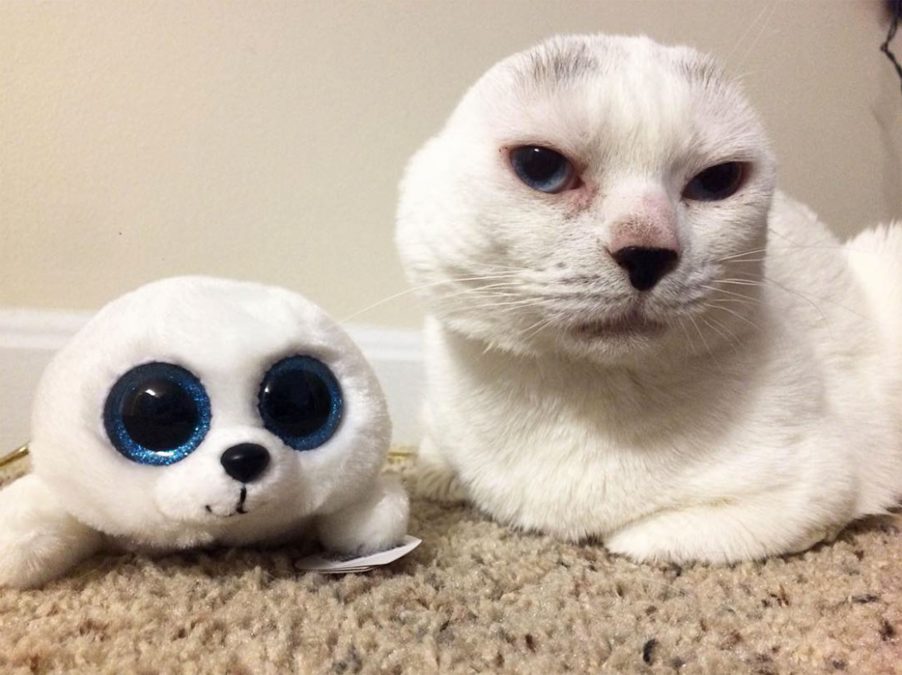 Otitis’ ears had to be removed because he had cysts on them that were so bad he couldn’t move. Aside from his appearance, he’s no different than any other cat! He loves to play with toys, roam around the house, take naps, and of course cuddle with his favorite toy seal. 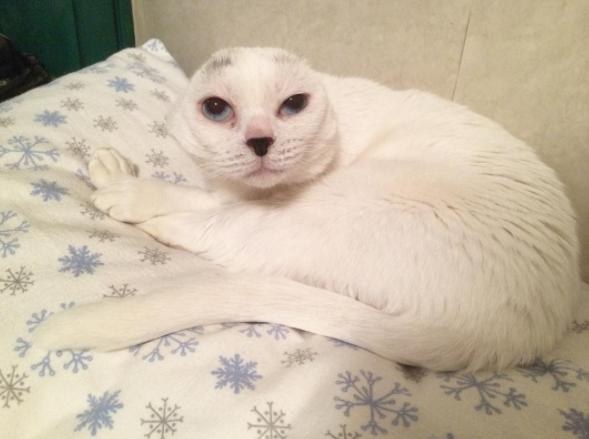 Sadly, many cats like Otitis are stuck in shelters. Some aren’t as lucky as Otitis was, and never get adopted. As if being a shelter pet isn’t hard enough, being a special needs shelter pet makes it even harder for these poor animals to find homes. 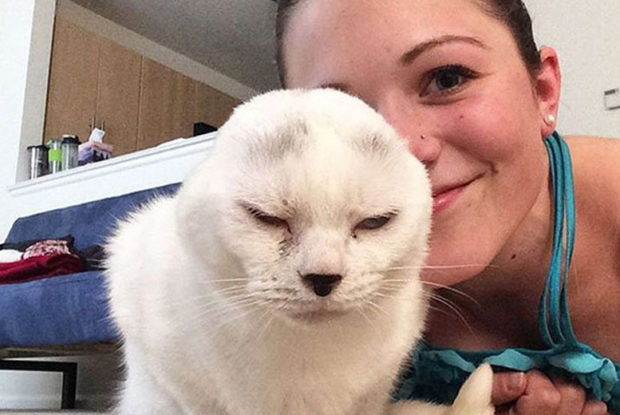 Luckily Otitis got his second chance and found a loving home. If you’re thinking of getting a new pet, consider adopting! You could end up with a kitty as cute and fun as Otitis, and saving a life in the process!