Maybe nobody puts Baby in a corner, but this Golden Retriever seems to be well within his means when it comes to holding back his feline friend.

The video of a well-mannered canine holding back a cat who may be trying to bite off more than it can chew has gone viral. First posted to Twitter by @m_yosry2012, the video shows the cat snarling at something just out of frame. It turns out to be a much larger, and perhaps cantankerous cat than she. 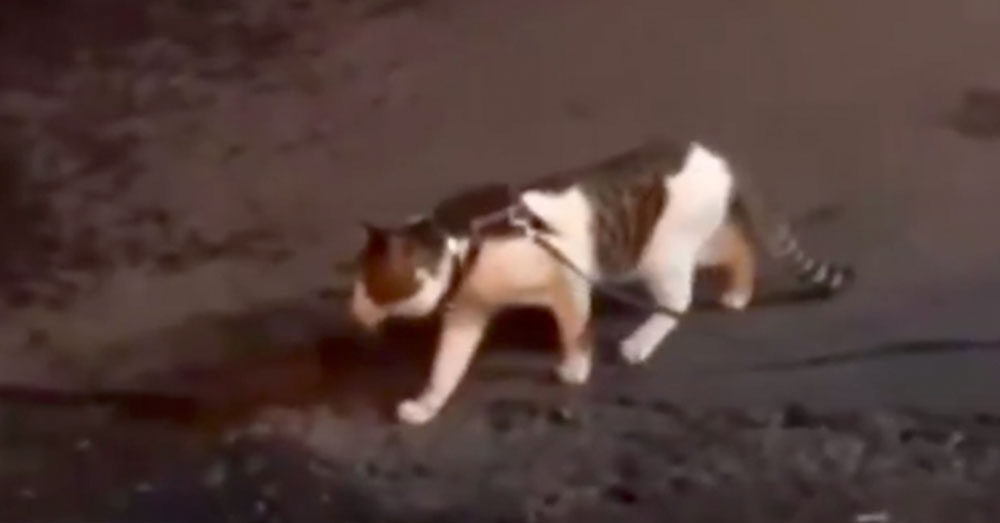 Source: Twitter/@m_yosry2012
The cat approaches something he doesn’t like, with his hackles raised.

Before the cat can control its territorial urges, her canine companion walks over and grabs the instigator by the collar, defusing any potential cat scratches.

Don’t start none, won’t be none. 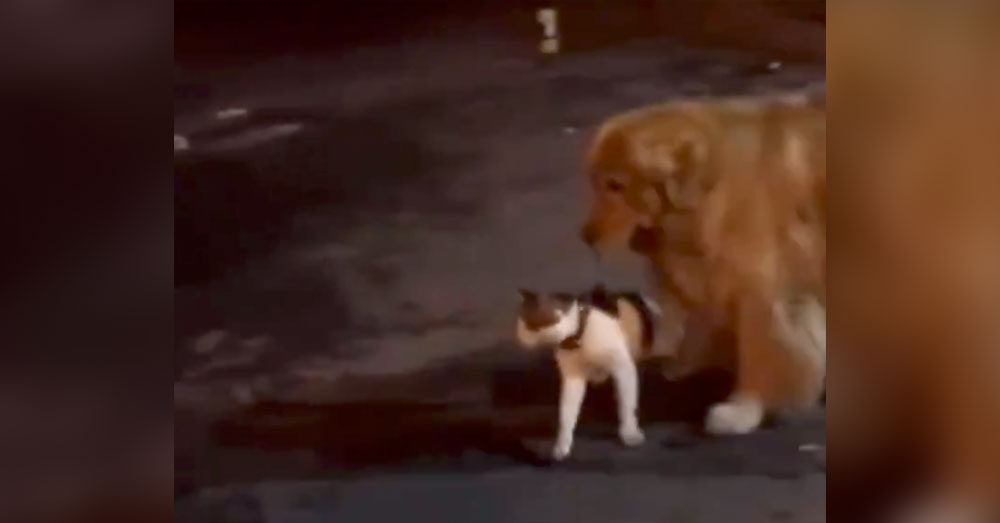 The video has since been retweeted more than 118,000 times, and drawn a number of hilarious comments. Some even shared their own favorite “fight break up” videos.

2 chickens break up a rabbit fight!https://t.co/ueq19PtdAa

Whether or not this precocious pussycat will be out looking for a fight on any other night is yet to be seen. What we do know, is that the beef has been deferred for now.

And all thanks to a very good boy Golden Retriever. 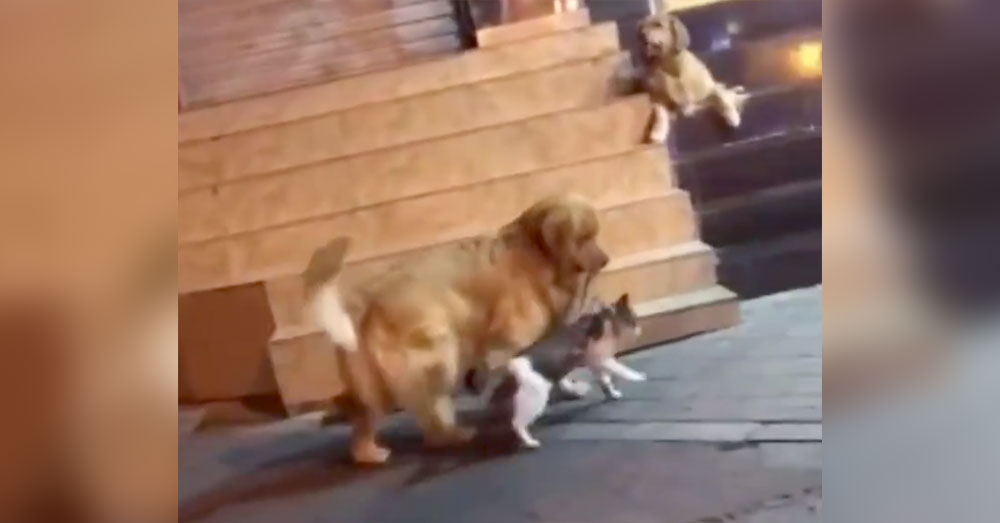