Cats can be a bit demanding, especially when it comes to food. Some cats will bat you with their paws, and others will meow and follow you around the house until you give them what they want. However, the best approach may be to learn to communicate with humans in their language.

An adorable calico cat has taken a different approach to asking for food, she politely asks by saying “Uh-Oh”. Who could resist that?!

Bacon, a stray cat that was taken in by Barbara Jones 11 years ago, has formed a close bond with her humans. It became a habit for her humans to say every morning, “Uh-oh! your bowl is empty,” Jones told The Dodo. 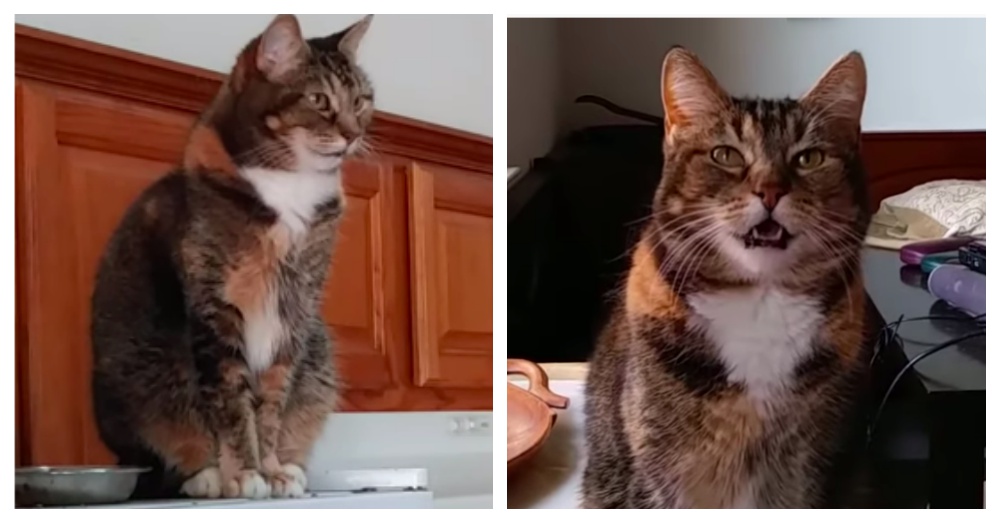 Since cats are intelligent and perceptive, Bacon thought the best way to get more food whenever she wanted it was to say the magic word “Uh-oh”. So one day she tested it out and shocked her parents.

One day, the clever feline opened her mouth but instead of the typical meow, she said “Uh-oh”. Her parents were shocked and then repeated the phrase themselves hoping to get Bacon to say it again. However, just like all cats that do what they want when they want, Bacon refused to say it again.

Apparently, Bacon started saying “Uh-oh” every morning when she wanted food and continues to do so to this day. Her parents can even get her to say it on command, “Now when we ask her, ‘Do you wanna eat?’ she responds with a hearty ‘Uh-oh,’” Jones said.

Watch the adorable feline say “Uh-oh” in the video below and don’t forget to share.