A tourist named Amy Marie, who traveled from Michigan to Tampa Bay, was paddling a water bike in the Hillsborough River this past weekend when she wound up saving a life.

As she was paddling, a cat suddenly fell into the water from the bridge above her. Without hesitation, Marie jumped right into the water, fully-clothed, to save the poor cat. 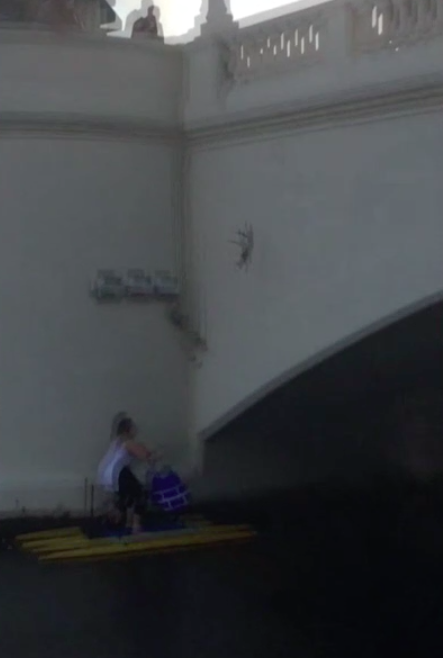 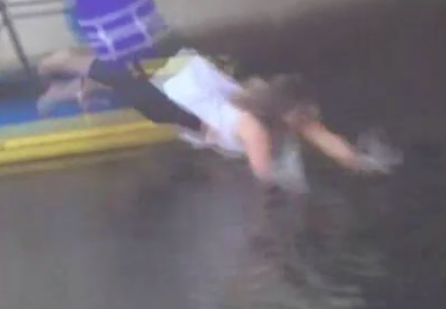 And the cat most likely wouldn’t have gotten out if it weren’t for Marie. The cat was already struggling to stay afloat, and needless to say, cats aren’t too fond of the water. Marie swam back to her bike with the cat in her arms, but once she got to it, the cat wound up leaping back into the water. The cat was probably confused and very scared, and rightfully so. 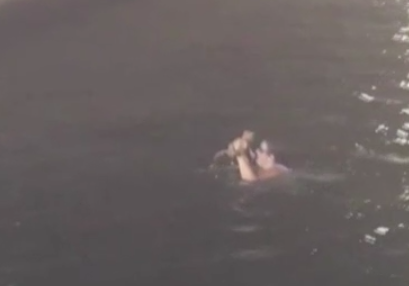 But Marie wouldn’t give up on the cat. She brought him to safety again as people who were watching from above applauded the cat hero. Thankfully, the cat was okay and recovered well. And the best news of all? The cat found a forever home! A couple of boaters who were out that day adopted the kitty. The fittingly named him ‘Lucky.’ 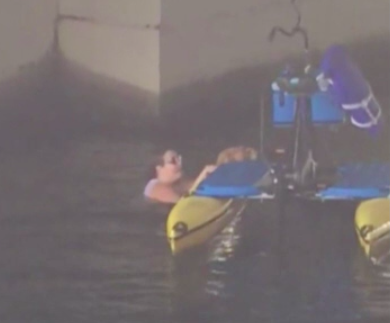 It’s unknown where the cat came from, but he was most likely a stray. Strays can get themselves into dangerous situations, just like this one did. But luckily this kitty is now safe and won’t ever have to worry about that ever again!