Cats are often thought of as being cold and aloof. However, if you have ever owned a cat, then you know that the opposite is true of them – they’re snuggly little love bugs who have a lot of affection to give. They just are quite selective of when, where, and to whom they show this warm side to. However, if you happen to be part of their inner sanctum then you’re in luck, you’ve got nothing to fear.

An adorable video showed the deep bonds that one cat displayed after being separated from his best friend, a dog. Jasper the cat, and Coco the dog, were friends living under the same roof. However, their owner had to temporarily disrupt the family dynamic after receiving a job that required her to relocate a few hours away. Given that Coco is blind, she decided the best course of action would be to bring the dog with her and leave Jasper behind in the care of her daughter.

Their owner knew that the pair were close friends, but she had no idea just how deep their bond ran until after she came back from her relocation and reunited the duo. After not seeing one another in roughly a month, the owner got the two on camera having their reunion. And it was so sweet! 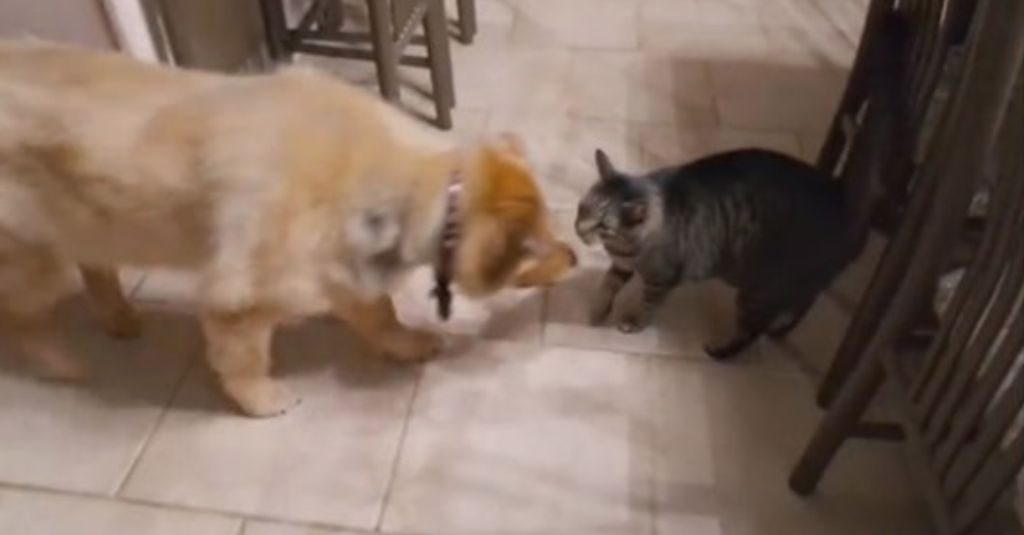 During the time that they were apart from each other, it turned out that Jasper would sit by the back door and wait, as though anticipating Coco to appear. Needless to say, when that day finally came, it was quite an emotional moment for the cat.

Watch the adorably close friendship between Jasper and Coco below: