When a teenager’s cat, Mocha, suddenly went missing, the Utah girl spent weeks searching for her beloved pet, so much so that she didn’t even want to go to school. But when her beloved pet never came back home, the devastated teen and her parents decided the cat had probably been struck by a car and died.

“This had a big impact on Mocha’s owner, but eventually she was forced to move on from the loss,” wrote the Tooele City Animal Shelter, which ended up finding the now-grown woman’s cat 13 years later. As it turns out, somebody else had been feeding Mocha, whom they incorrectly assumed was a stray. This turn of events confused the cat to such a degree that the feline never returned home to her young owner, who was grieving the heartbreaking lost of her first pet not so far away. 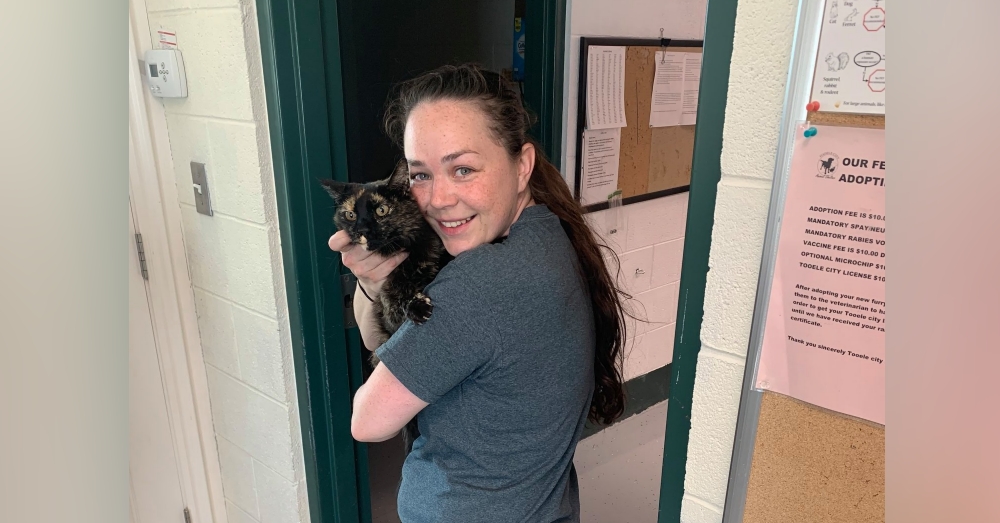 It wasn’t until that person finally moved away years later that s/he decided to bring the cat into the animal shelter, where a vet immediately scanned the cat for a microchip. Of course, the cat’s teenage owner was all grown up and living in a different city, but the shelter still managed to contact her parents.

By now, Mocha’s owner had grown up, had kids, and even adopted other pets, but she still rushed over to collect her long-lost cat as soon as her parents told her the news. “An hour later, a very excited and shocked woman turned up at the shelter, and said her parents called her about the cat,” rescuers recalled on Facebook.

“The manager took her to the back stray hold room and showed her the kitty in question, and the woman was quickly moved to tears. She knew this was her cat that went missing when she was a little girl,” they wrote. “She was shaking all throughout the reclaim process, and just overall in shock.”

Update on Yesterday's Post:We have had a lot of inquiries regarding the post made yesterday, and whether or not the…

The shelter shared this heartwarming reunion on Facebook to encourage other people who might be feeding “stray” cats or dog to scan those pets for a microchip in case they’ve been separated from their rightful family.

“Bringing the animals to the shelter is one of the only ways to increase the chances of their owner finding them,” rescuers wrote. “That skinny, matted stray cat or dog that you just saw on the street may be the next pet that has been missing for over a decade, with heartbroken owners who have lost hope.”

This story would have turned out much differently if the person who was feeding Mocha had decided to get her scanned ten years ago, but we’re glad this bittersweet tale at least has a happy ending.

“Mocha was reclaimed today, and is going home with her rightful owner, to be a very spoiled (very indoor) little kitty,” rescuers wrote. “Hopefully they are able to make up for lost time, after all these years of thinking Miss Mocha had vanished and was likely deceased.”