Cats are naturally curious and love to climb things, especially trees. The problem is that cats are better at climbing up than climbing down. One large ginger cat in Ireland learned the hard way that climbing to the top of a 50-foot tree is not a good idea.

The Irish Society for the Prevention of Cruelty to Animals (ISPCA) along with local volunteers tried to help coax the cat down, but he was too high up in the tree and paralyzed by fear. ISPCA Inspector Fiona Conlon said, “Although we often see cats go up and down trees with no problems but in reality cats are not really equipped to come down from trees because of their curving claws and body mass. Furthermore if they climb too high the cat can go into shock from fright which, keeps them from even trying to get down.” 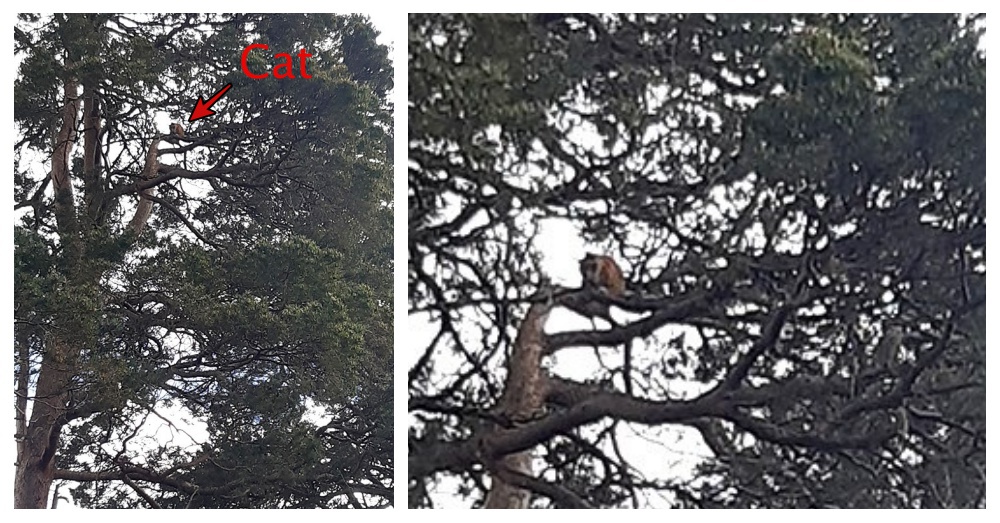 Rescuers were becoming concerned for the cat’s well-being since he had already spent six days trapped in the tree. “It was heart-breaking to hear the cat calling out in such a distressed state. Although hours were spent trying to encourage the cat down, it was clear that he found himself in a terrible situation,” posted ISPCA. 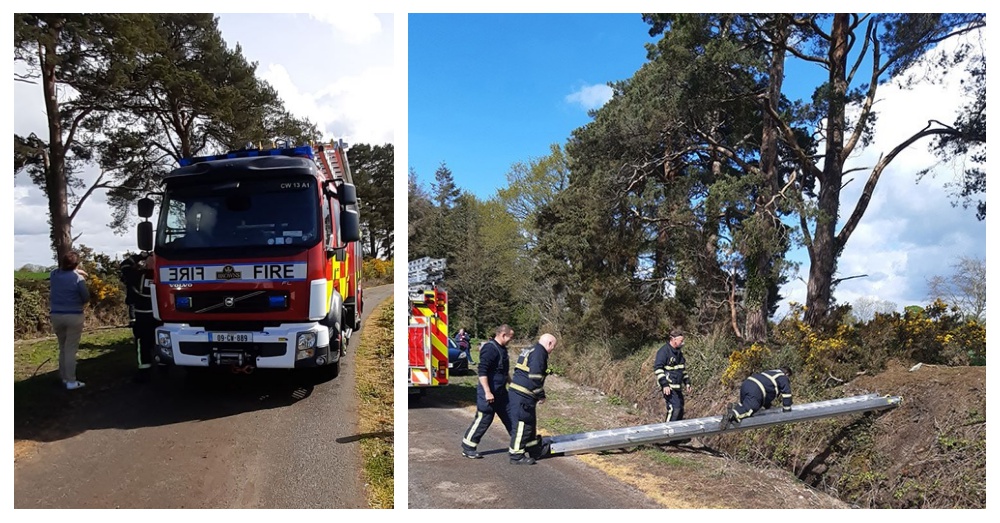 The community stepped up to volunteer their services to help save the frightened cat. Local firefighters arrived and spent hours trying to rescue the cat with tall ladders, but they were unable to reach him. Time was not on their side and their options were dwindling. 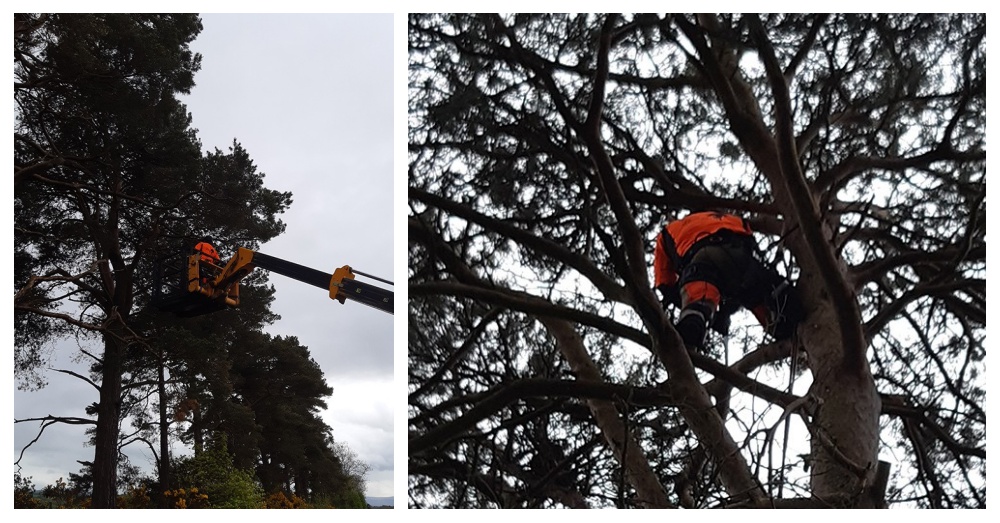 The beloved family cat would suffer a slow and agonizing death if he was not rescued soon. Thankfully, a tree removal service arrived to help. “Finally with assistance from Lucas Tree Services and Codd Mushrooms who helped with a teleporter, the cat was removed and glad to be safely on the ground,” reported ISPCA.

Thanks to generous and compassionate people, the adorable cat is safe. Lucky for him, cats are said to have nine lives, but hopefully he will stay out of trees.

Stray Cat Carries Her Sick Kitten Into Istanbul Hospital For Help: Click “Next” below!