The earthquake that struck Osaka, Japan, on a morning in mid June caused panic and destruction in the region, leading to the death of 5 people, while 214 sustained injuries.

Many of those individuals were headed to work during rush hour when the 5.9 magnitude event occurred, CNN reports. They may have stayed home had they known the disaster was coming, but humans have long lacked the sensitivity to geological pressure shifts that other animals still hold onto. Animals like cats, for instance.

A video of a roomful of cats waiting to be adopted inside a cat cafe proves that our feline friends are able to prepare themselves for disaster much earlier than we are.

The epicenter of the earthquake was pinpointed at 8.2 miles below the earth’s surface, enough buffer to lessen the quake’s magnitude, and delay its destructive effects. The cats may lack any knowledge of seismology, but they certainly know how to take cover when the earth begins to shake.

Ordinarily sprawled over the ledges and furniture of the cat cafe, CATchy, the video shows a number of fearful felines darting for cover, moments before the earthquake began to rattle the cafe’s windows. 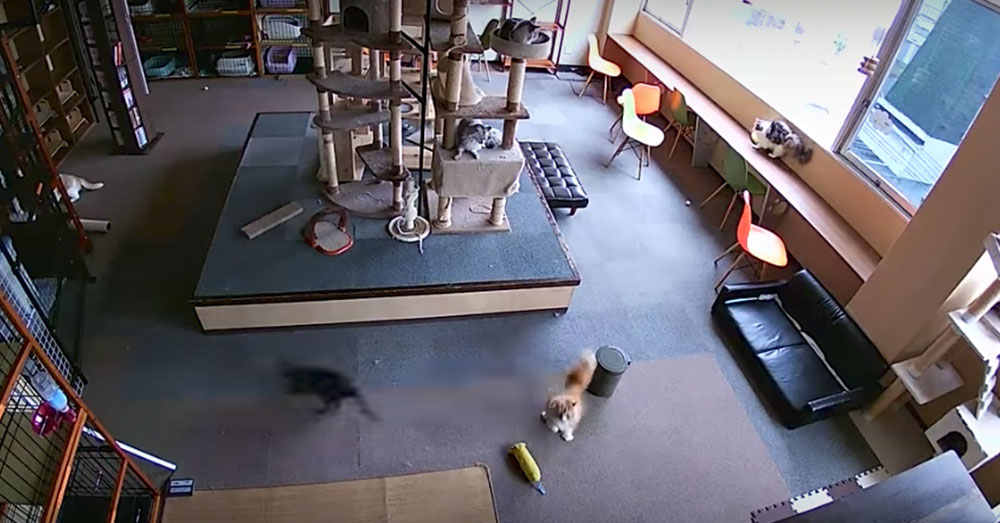 A number of the cats may have dismissed the low rumblings as a bit of indigestion. Perhaps some aged tuna from a few hours earlier.

But there’s no doubt several of the cafe’s other residents were shaken up, quite literally.

According to the Dodo, none of the cafe’s cats were harmed during the quake. If anything, it’s increased local awareness of the adoptable animals. They’ve lived through a disaster, and now boast the social media clout to prove it.

Watch these perceptive pussycats react to the earthquake in the video below.