Life sometimes presents us with an opportunity to be dramatic, and this woman had that opportunity and took advantage of it. She found out that her pet was playing with a snake and screamed at the discovery.

38-year-old Christina Laughter thought her Maine Coon cat, Barley was ‘chasing tufts of his fur around’ in her home in Jacksonville, Florida.

She says: ‘For 30 minutes, at least, the cat’s been over here getting sketched out over a shadow.’ 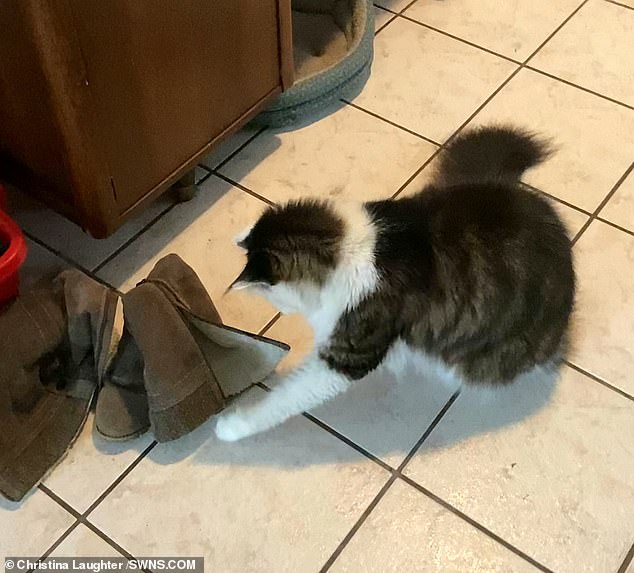 Barley suffers from vision problems so Christina didn’t think much of his antics at first.

She said: ‘Barley has inverted eyelashes. So his eyelashes grow from inside his eyelids, but despite his eye condition, his nose is on point.’ 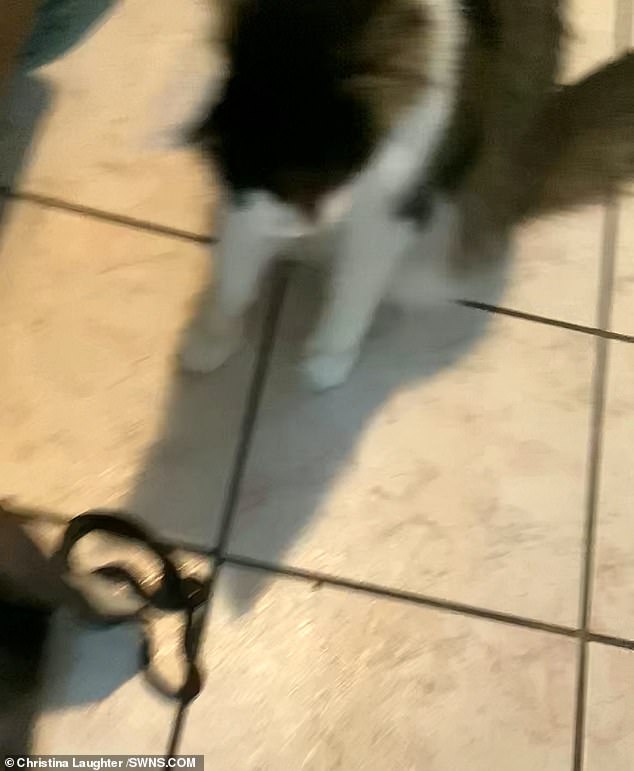 Her 40-year-old husband, Matt suggested that she make a video of the odd behavior.

Christina was recording for about a minute when she got curious enough to take a closer look. She picked up the boot and saw what was actually happening. At that point, she jumped back and shouted: ‘It’s a f***ing snake!’

Fortunately, it was a common garden snake and was not venomous.

Christina said: ‘This was the first time I’ve had a snake in my home.’ 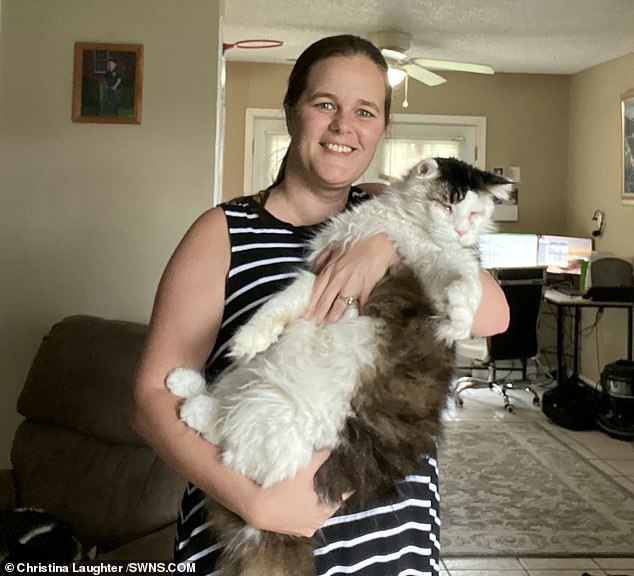 After she got Barley to a safe area, Christina removed the snake from the home.

‘My husband was on his way home already,’ she said.

‘So I guarded the snake in the corner with my trusty broom until my husband got home, and then he put him back in the yard.’

She now feels ‘much safer’ after discovering her cat keeps the home from any unwelcome invaders.

‘He’s very good at sniffing out creatures that belong outside,’ she said.

Male Maine Coon cats can weigh up to 18 pounds. It is the largest domesticated cat breed.

They were originally from the state of Maine and are among the oldest North American natural breeds of cats. They are known for being natural hunters.