Before Facebook and Instagram, families posted their favorite landscape images on the refrigerator. And before that, loooong before that, they used actual landscapes.

At least, they did in Peru, where the massive likeness of a cat has been discovered etched into the side of a hill in Nazca.

According to The Guardian, the design was left sometime between 200BC and 100BC. Archeologists discovered the cat while cleaning up some of the access routes around some of the other geoglyphs in the area. 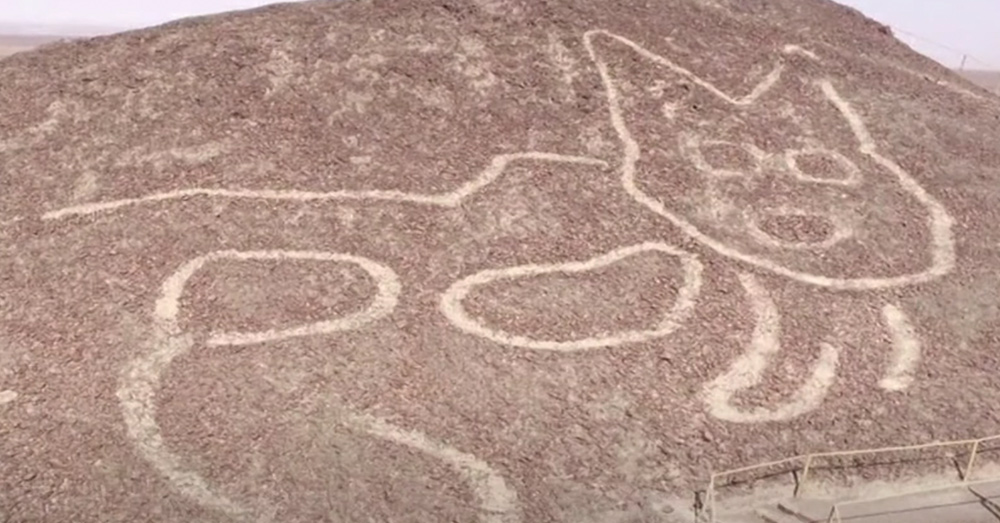 Source: YouTube/Global News
A design of a cat has been discovered in the Nazca region of Peru.

“The figure was scarcely visible and was about to disappear because it’s situated on quite a steep slope that’s prone to the effects of natural erosion,” Peru’s culture ministry said in a statement.

The cat is more than 121 feet long with lines of light-colored rock measuring between 10 and 15 inches wide. 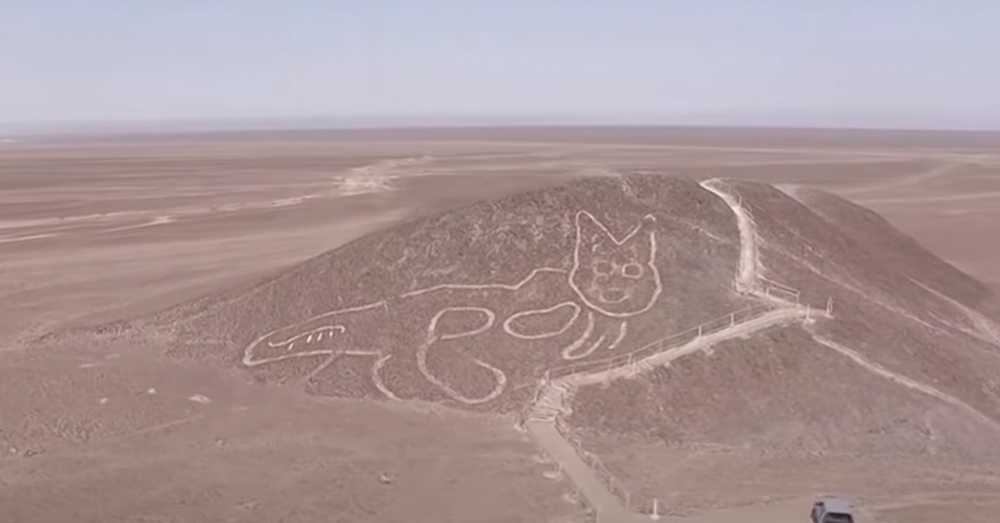 Source: YouTube/Global News
The cat was likely created during the late Paracas era, between 200BC and 100BC.

“It’s quite striking that we’re still finding new figures, but we also know that there are more to be found,” Johny Isla, Peru’s chief archaeologist for the lines, told the Spanish news agency EFE.

The Nazca Lines were designated a Unesco world heritage site in 1994. Drone photography, employed over the last few years, has helped reveal the geoglyphs from new points of view. Researchers have found between 80 and 100 new designs in the same time, in the Nazca and Palpa valleys. 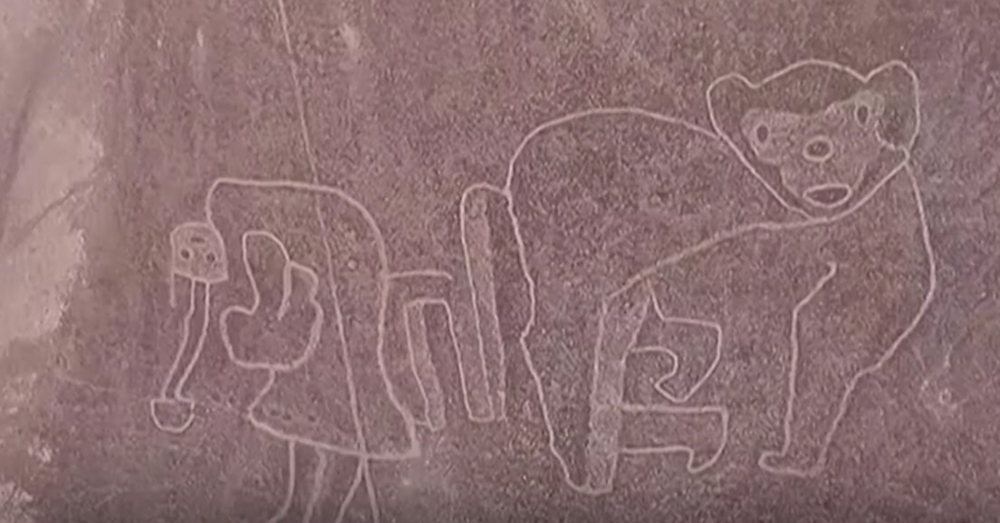 Source: YouTube/Global News
The Nazca Lines were actually created by a culture that predates the Nazca culture.

All of these lines were left during the late Paracas era, hundreds of years before the Nazca settled in the area.

“We know that from comparing iconographies,” said Isla. “Paracas textiles, for example, show birds, cats and people that are easily comparable to these geoglyphs.” 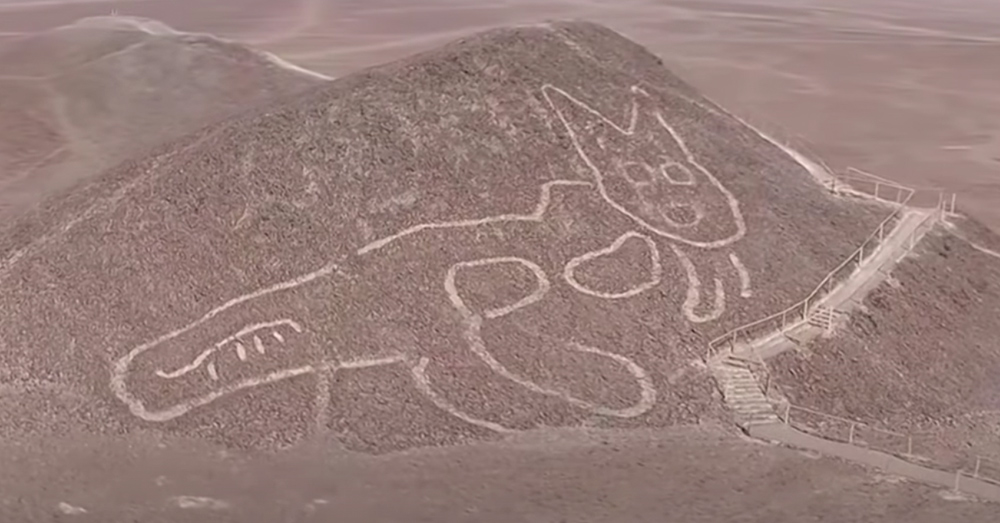 Source: YouTube/Global News
The design was created by uncovering the light-colored rocks below the surface, which contrasts with the dark hillside.

“The discovery shows, once again, the rich and varied cultural legacy of this site,” the culture ministry statement said.

According to Science Alert, there have been a number of theories as to why these geoglyphs were first created, but some of the most reasonable include them being used as travel markers, “or to be seen by deities in the sky.”