2020 quarantine may not be a total loss after all, as Monopoly seems to have our backs with a board game that is guaranteed to entertain us all for hours on end. A cat-themed version of the famous game is finally here, and we could not be happier. There is finally some light peaking through the grey clouds of isolation!

Cat-opoly is what we all need right now, and even the kids can play it too!

As the product description states on Amazon:

“Cat-opoly is a feline frenzy of fun! Buy your favorite cats such as the Tonkinese, the Ragdoll, the Abyssinian, the Sphinx, or the Maine Coon. Land on Catnip and collect everything in the center of the board. Collect Litter Boxes and trade them in for Fish Bones. You may have to pay dog tax to get past the neighborhood bully, a spike collared bulldog, or worst of all, you may fall in the water and be out for three turns. Cat-astrophic!…there’s nothing madder than a wet cat! Cat-opoly is great fun for family and friends. A perfect gift for all cat lovers!” 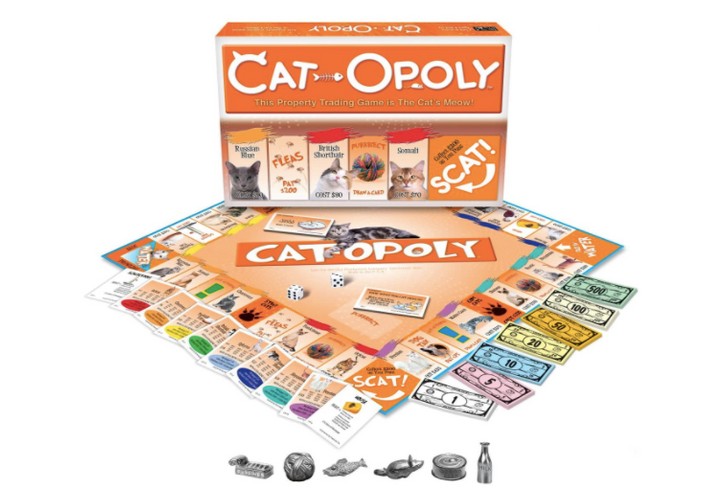 Photo: Amazon/Late for the Sky

Additionally, the description says that it’s for “ages 8 and up,” and can accommodate “2 to 6 players.”

Most of us are probably well-versed in the rules of the traditional Monopoly game, so having Cat-opoly won’t be much of a learning curve. However, there are some differences, mainly instead of playing for property, you’ll be playing for with milk bottles, mice, sardines, cat food, fish, and balls of yarn – all the things that cats generally love. In addition, the game comes with fun facts about cats, so if you aren’t already a feline expert, by the end of the game you will be. 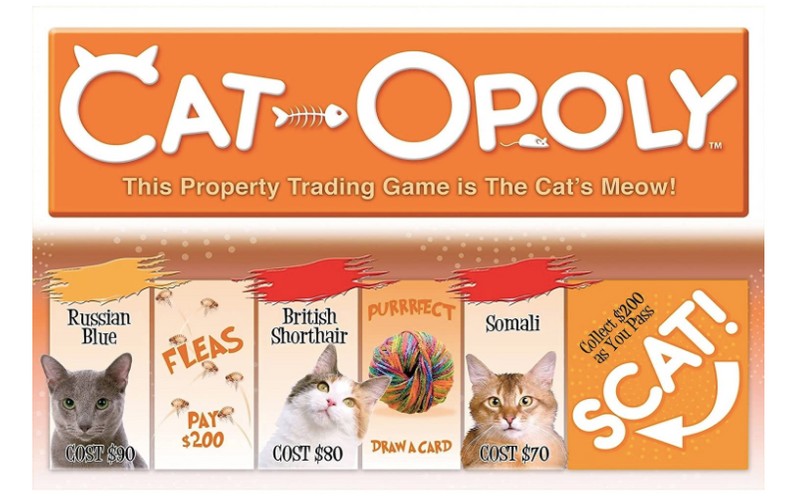 The game has already proved to be a hit with customers who’ve bought the game, with one Amazon user commenting, “Bought this for my six-year-old daughter and my only complaint is that I’ve played it too often! My daughter asks to play every day (sometimes twice). Think it’s good with the cat facts on the back of the cards and is exactly the same as monopoly but if your kids like cats, I think it appeals more than the traditional monopoly game. Also there’s dog-opoly of you’re not a cat lover! [sic].”

No better time than the present to get some Cat-opoly for your quarantine entertainment needs.