The Esmod International Fashion Show is apparently the place to be if you’re interested in high couture, or mice.

Among the models walking up and down the catwalk in in Emaar Square Mall in Istanbul, Turkey, one of them happened to be a cat. 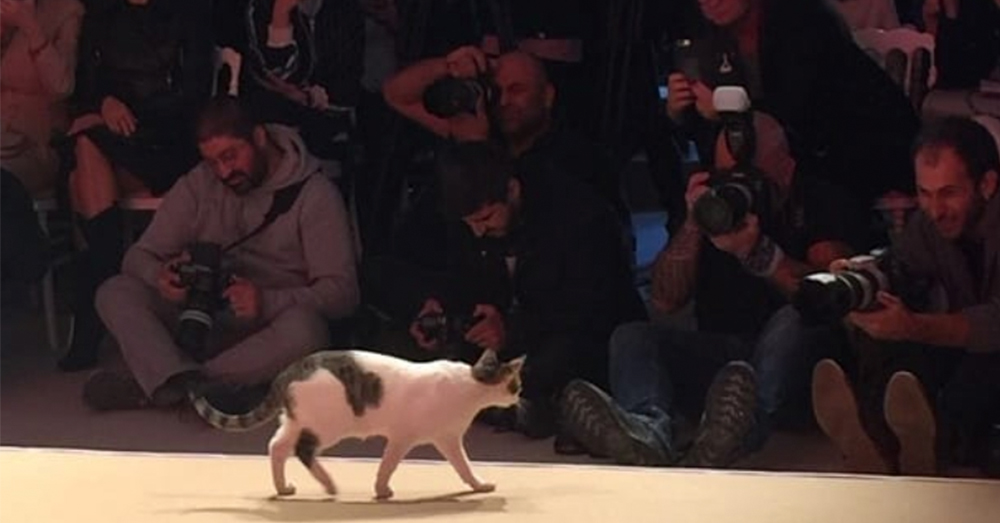 Source: Instagram/eunkyoungkoh
Is this why they call them “catwalks?”

The white and tabby-mottled feline was on fashion patrol as she settled in the middle of the runway. After ever-so-indiscretely cleaning herself, she took a few swipes at the models walking past. 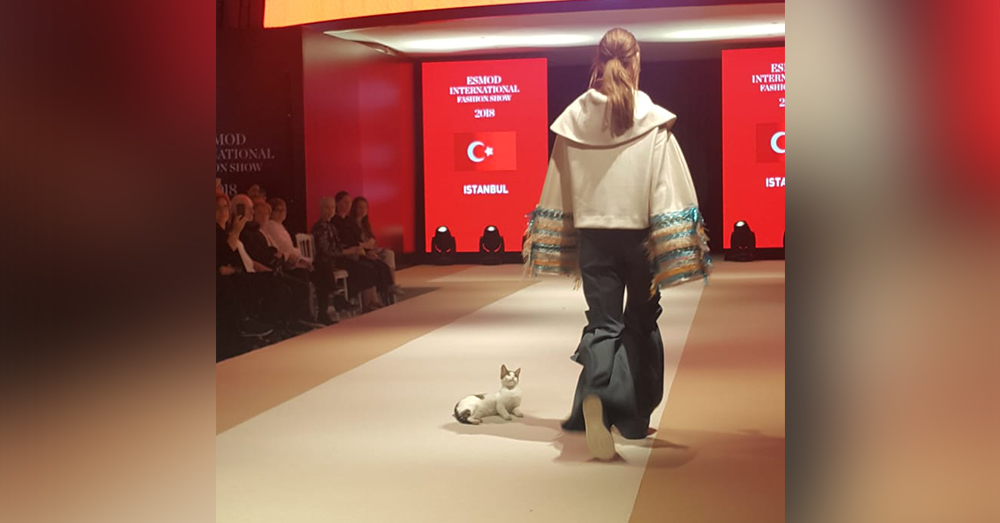 Source: Twitter/Ruhat Mengi‏
The catwalk in Istanbul is the place to be for fashion forward felines.

Perhaps she just wasn’t impressed with this season’s looks? The models certainly weren’t prepared for this special guest.

“Everybody was in shock,” fashion designer Goksen Hakki Ali told the Dodo. 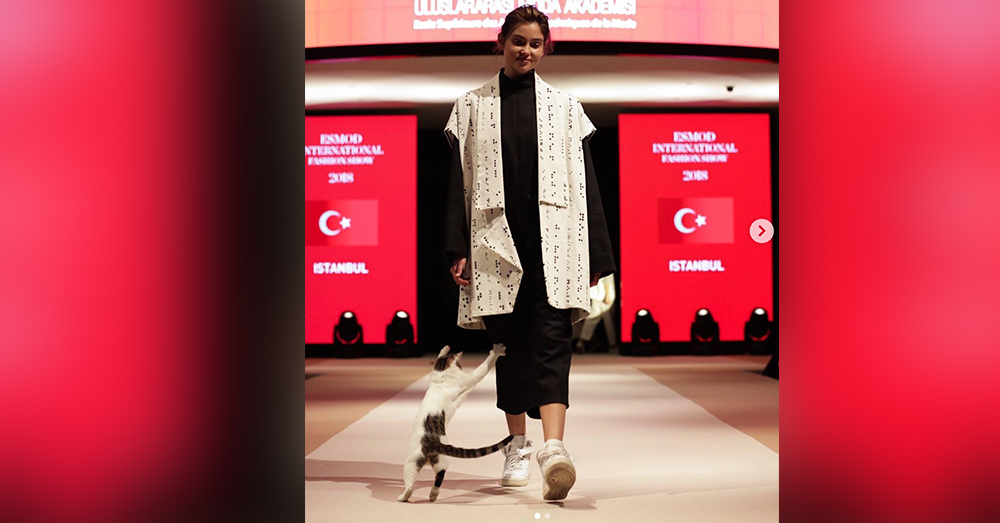 Source: Instagram/vakkoesmodistanbul
Silly cat! That’s not how you swipe these looks!

“It’s unclear where the cat had come from, but her motives were pretty obvious — she wanted the full attention and admiration of the audience,” Hakki Ali said. “And judging from her adorable little attacks on the models passing by, those weren’t things she was willing to share.” 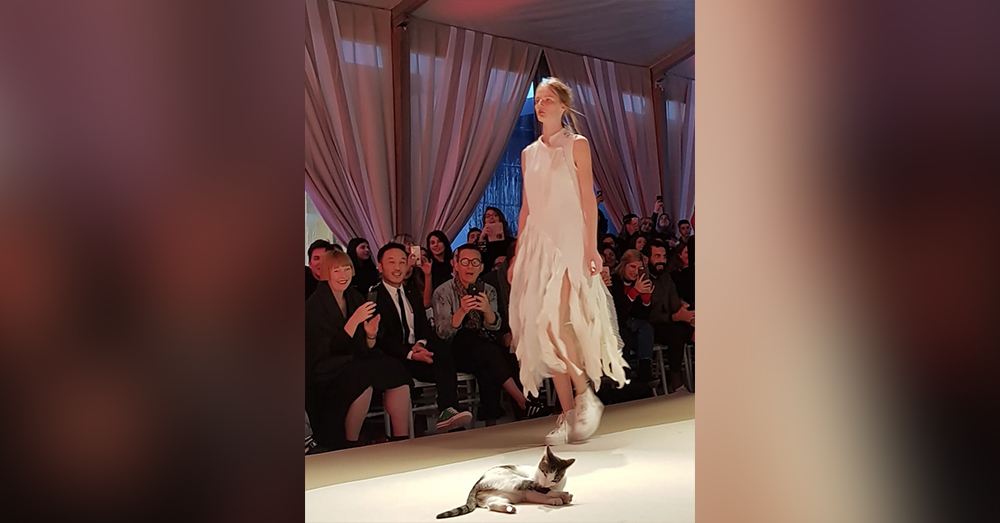 Source: Instagram/eunkyoungkoh
Does this cat have a future in fashion?

See more of this fashionable feline in the video below!